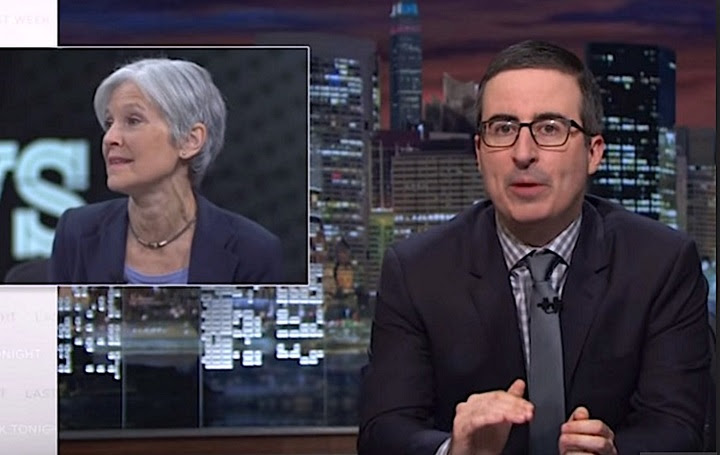 In other words, John Oliver promised to take the two candidates seriously.

And, believe it or not, Oliver's staff actually called our campaign before the program to ask for clarification on Jill's platform - especially on the main part of his rant, cancelling student debt.

Despite this stab at due diligence (of the sort comedians undertake) ...

The show's staff was told by the campaign that Jill was considering several mechanisms to cancel student debt - including using quantitative easing. Quantitative easing is technically possible, but would be very difficult politically. Our society has the resources to provide world-class free higher education to all, and whether we find the resources by canceling the F-35 fighter jet program, reinstating Wall Street transaction taxes, or some other way, all that’s missing to free 43 million Americans from crushing debt is the political will.

But that is what distinguishes Jill and Ajamu from the other candidates - they have the political will to implement bold ideas that will transform government from catering to the 1% to caring for the 99%.

Oliver, instead, intent on proving Jill a fool, chose to run a sound bite that was (of course) taken out of context in order to make her words fit his narrative - that she doesn't understand the implications of her policies, and is therefore not a serious candidate.

(Donald Trump doesn't seem to understand anything about policy, but that hasn’t keep him off the debate stage.. Hmmmm.)

Well, I guess we can't really expect
accuracy from a comedian, can we? 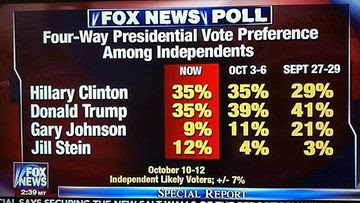 (Contributions from people like you though, have stayed steady. Thank you!)

Here's the thing: John Oliver's sarcasm overshadows the fact that a Fox News poll this week shows Jill running at 12% among Independents!

With your help, we can keep getting the word out through the “people's media”, social media and internet platforms. 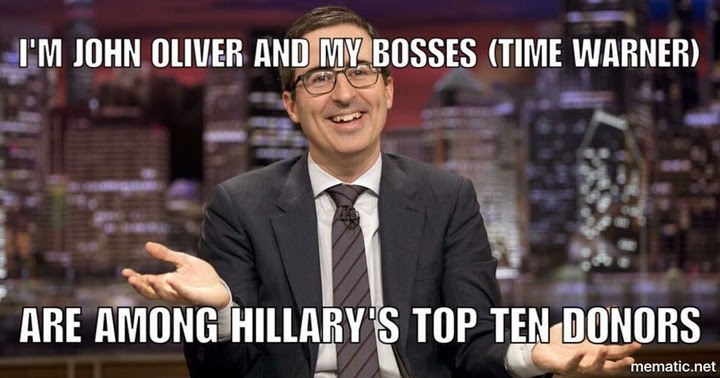 There will always be the John Oliver's of the world. His hands are far from clean - he's a millionaire, yet proclaims bailing out students in debt as a wholly unworkable plan. Plus, his employer - Time Warner - is among Hillary's top 10 donors!

But we're stronger than
a wildly inaccurate and
demeaning comedy sketch.

We're a movement that is building and will continue to build with your help.

As Jill and Ajamu say, it's in our hands. Will you help send a message to the John Olivers of the world and give today?

P.S. One of the ways John Oliver signaled his intent to be anything but serious about his “vetting” of Jill and Gary Johnson was starting out his piece by showcasing a Texas man who runs a private tiger rescue and is running for president. Framing his piece in that way, it was clear that he had no intention of taking alternative parties, or Jill, seriously. Will you step up today and show your support of Jill in the face of this tremendously unfair attack? It’s greatly affecting the donations to our campaign. Please, give today.