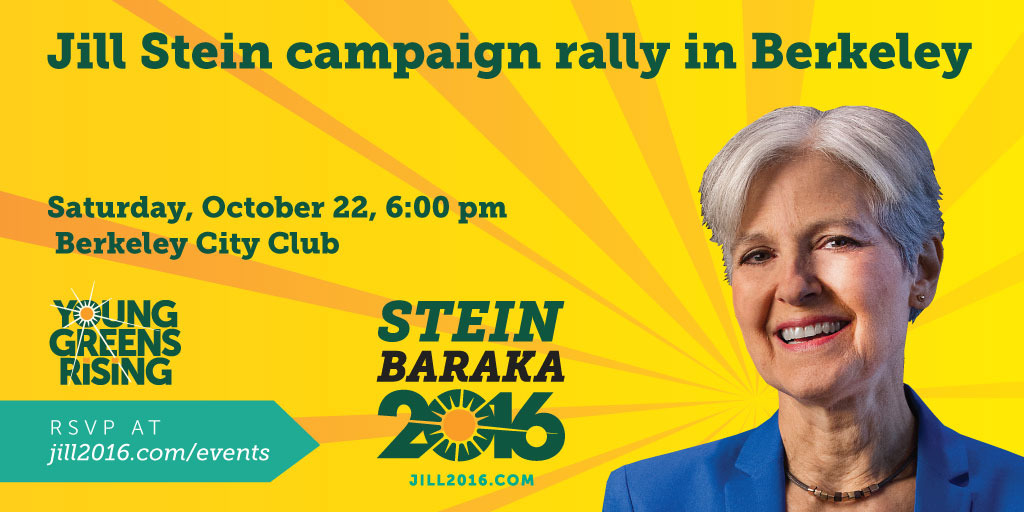 Jill Stein’s Green Party campaign for president is a bold left-wing alternative with real solutions for working people. She calls for a $15 minimum wage, cancellation of student debt, single payer healthcare, and a Green New Deal to tackle climate change.

During this election - between the two most disliked presidential candidates in recent history - we have an opportunity to build a movement to challenge this political establishment. A significant vote for Jill Stein can help set the foundation for a viable new party in this country - a party of the 99%, independent of the Democrats, the Republicans, and their corporate backers.

Join Jill Stein this Saturday and help continue the political revolution! This is Jill's last Bay Area Rally for 2016! Come dressed in your favorite Stein/Baraka gear & get ready to celebrate!!

This event is sponsored by the Jill Stein campaign, the Green Party, Socialist Alternative, and Movement for the 99%.

There will be a dramatic play in progress during our rally so we ask attendees to be respectful with noise while entering and exiting the building.