HELP US FINISH STRONG
WITH GET OUT THE VOTE EFFORTS ON
ELECTION DAY 2016!

TODAY IS ELECTION DAY! It’s down to the wire. And so are our final “get out the vote” efforts. 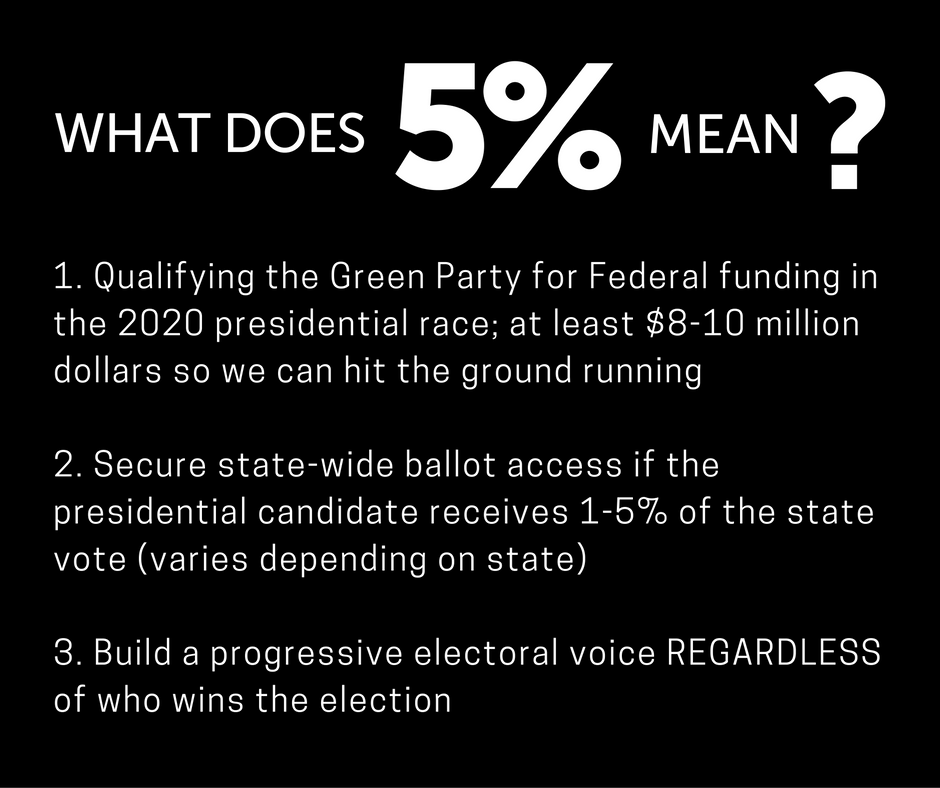 Since Jill announced her run for president last year, we've fought against the predictable silence and smears of the corporate media.

It hasn't been an easy road.

But, try as they might, the establishment and the corporate media couldn’t stop us! The campaign has grown and grown, gathering momentum every day until now - we're within striking distance of garnering 5% of the vote!

That WILL be a game-changer for the Green Party, earning us anywhere from $8 to $10 Million in federal funds for the 2020 cycle!

Of course, we haven't done it alone. Not by a long shot! YOU HAVE BEEN OUR HERO! YOU HAVE HELPED US GET THERE!

And not only that, but many progressive, far-sighted celebrities have come forward to lend their name to the campaign as well.

Here's a round-up of the stars that now form a bright constellation around Jill and Ajamu - and what they have to say:

"I wholeheartedly support Jill Stein and Ajamu Baraka. And I’m writing to you today to let you know, they have my endorsement - and I know they have your support as well."

"It is imperative that you join me in contributing to the Stein/Baraka presidential campaign and vote for Jill and Ajamu in the upcoming election."

"I’m writing to you today to endorse Jill and Ajamu. I urge you to support them as wholeheartedly as I do - with heart, energy, time and money."

"I'm therefore very happy to endorse Jill Stein for the presidency because she does stand for everything I believe in."

"My heart aches for the huge number of people who have come to me hurt, but they can't get care or they won't get care because of the bill. The #1 cause for a citizen for losing their home is their medical bill. This can stop. Vote for Jill Stein!"

"So, why am I voting for Jill Stein? Because now is the time, not later, because I will not be intimidated by those who operate out of fear of significant change, because I will not be dissuaded by those who are understandably nervous about thinking long-term, about standing firm in the eternal battle for socio-economic justice and true political freedom in this country."

"I’m raising my hand in support of Jill and the Green Party. Will you do the same? This is literally a once-in-a-lifetime opportunity to make it clear that an alternative movement has taken hold. We will revolutionize the world."

"Everyone on the left is afraid of Donald Trump. But the only way to ensure that there is no widening echo for right-wing demagoguery is to build the left and - to also build progressive movements. That is why my organization, Socialist Alternative, and I are proud to stand with Jill Stein for President."

"I was thinking of my nine grandchildren (and the questions they have) when I returned my Intelligence Commendation Medallion - a gesture aimed at dissociating myself from an agency openly engaged in torture. I thought of them even more, in deciding to cast my vote for Jill Stein, knowing that she and the Greens are hard at work trying to assure that my grandchildren will have the clean air and pure water that most of us “grown-ups” still take for granted. Will you stand with me and support Jill?"

We have been so honored to have these celebrities endorse the Jill Stein and Ajamu Baraka Presidential ticket. But to us, these aren't just people who have celebrity - they're people who have integrity!

Why are they supporting Jill and Ajamu? 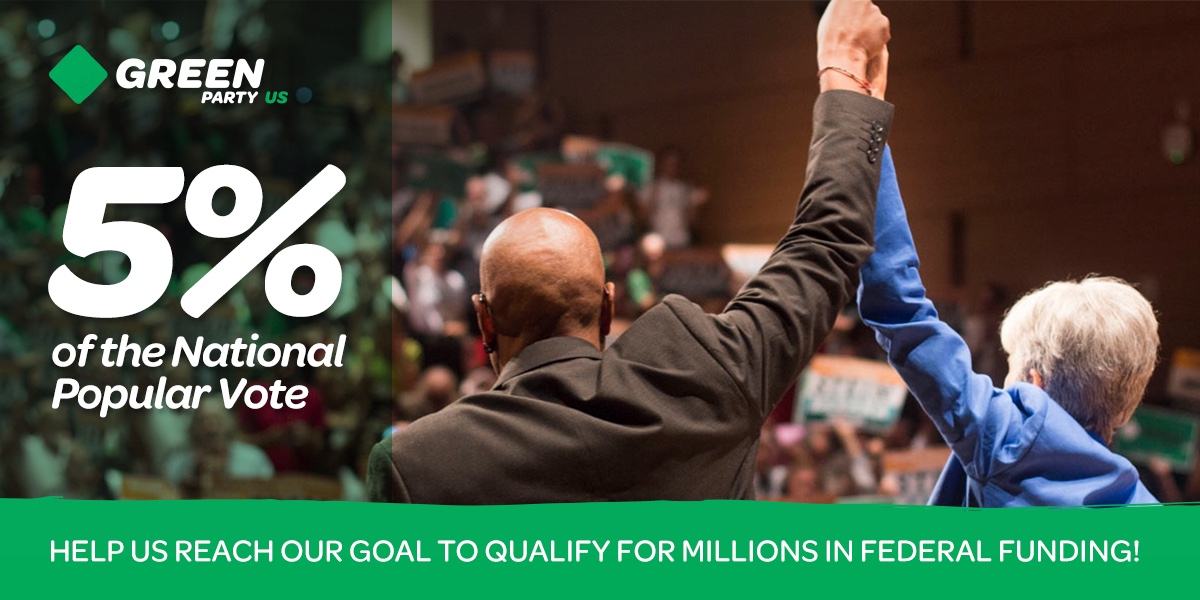 Because they know what you and I know. They know there is a small powerful ruling elite in America. And the ruling elite do not want a just and peaceful true democracy that is governed by ordinary, working people.

Will you please donate today to help with our election day “get out the vote” efforts?

We are getting Greens to the polls as fast as we can, in great numbers. It’s costing our campaign into the thousands on this last day, but it’s worth it.

Because as you likely already know, if we get 5% of the national vote, we'll be considered a major party and our candidates and ideas will reap real-time benefits from that. We’ll be building the progressive movement's power REGARDLESS of who wins this election!

On this last day of the campaign, election day 2016, if you’ve given before, please consider helping Jill one more time. This is the home stretch!

Your donation will help get Greens to the polls and fund our final “get out the vote” efforts!

We're a pay as you go movement - powered entirely by donations from people like you. We accept no corporate money, no lobbyist money, no money from PAC's.

We've been able to pay as we go for everything in the campaign - it would be a terrible setback to our growth if we end the campaign in debt.

So, please, give today!

P.S. It will take a real revolution for we, the people, to gain control … a mass movement of ordinary people - people like you and me - not with bullets but with ballots. We are going to reclaim our national birthright! Will you donate one last time to Jill to help her end strong?

P.P.S. I know you want to be part of a force for real change! By casting your very important vote Green, and helping us achieve 5% of the national vote, you'll help give the Green Party visibility that we just don't have yet. On this historic election day, will you help Jill with her final “get out the vote” efforts?