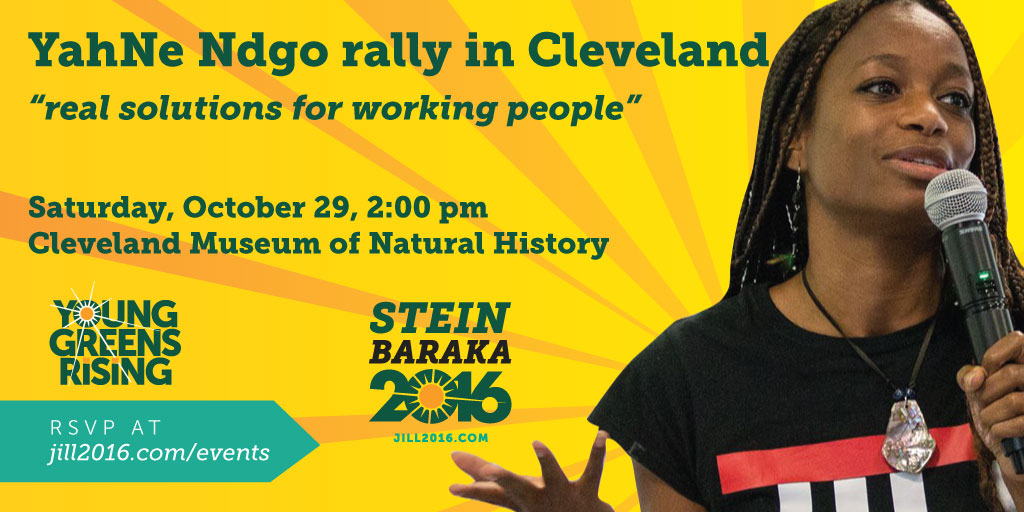 Come out and support Jill and US Senate Candidate Joe DeMare as we push for a strong finish to this election season and for a Green future.

Admission to the Jill event is free, but it is $12 if you choose to tour the museum. Entrance is through the Wade Oval Drive doors. Doors open at 1:30pm, Speakers begin at 2:00pm.