Dr. Jill Stein has some great ideas about how to create “deep system change, moving from the greed and exploitation of corporate capitalism to a human-centered economy that puts people, planet and peace over profit.” 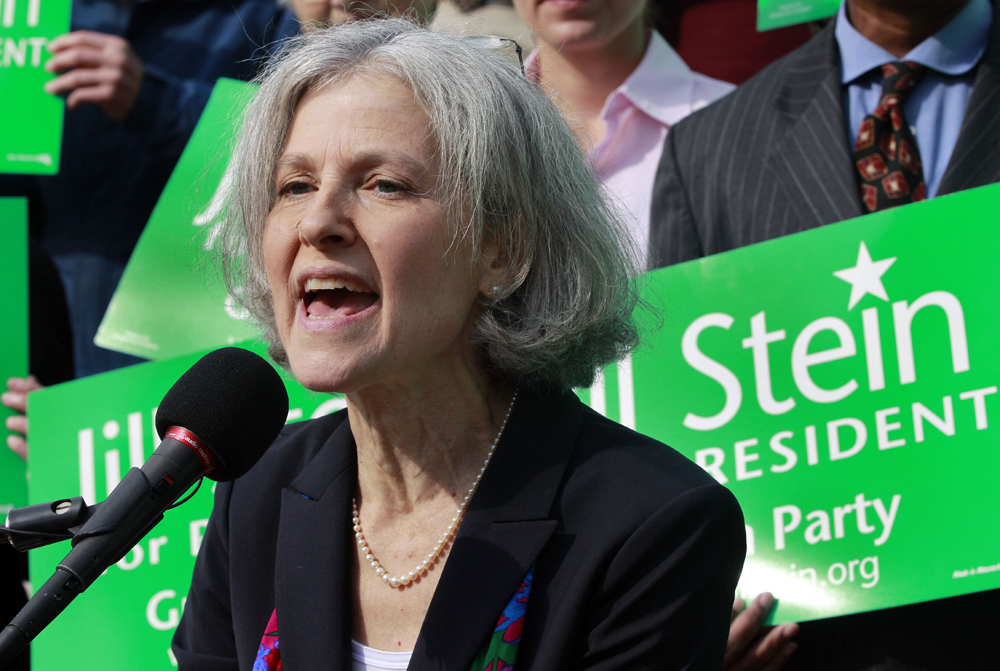 If the 2012 Green Party presidential nominee and contender for the party’s 2016 nod gets a hearing, those ideas will expand and improve the national debate. They could also strike a chord with the millions of Americans who are ready for a plan to “end unemployment and poverty; avert climate catastrophe; build a sustainable, just economy; and recognize the dignity and human rights of everyone in our society and our world.”

The overwhelming response to the bid by Vermont Senator Bernie Sanders for the Democratic presidential nomination suggests the potential for dissident candidacies that challenge the political, social, and economic status quo. Yet Sanders is the first to admit that he is making an uphill run against the party establishment.

If the branches of the status quo within the two major parties manage to nominate Republican Jeb Bush and Democrat Hillary Clinton next year, a third-party bid by Stein could attract significant support.

The question is whether Stein, who this week formally launched her second presidential bid, will gain the hearing that is necessary to realize that potential. That is far from guaranteed, because the status quo polices presidential campaigns in order to maintain itself. That policing begins with ballot-access demands that make it hard for millions of American voters to have the multi-party choices that are available to voters in Germany, Japan, France, Britain, Canada, and every other credible democracy.

Even if Stein and the Greens secure every available ballot line—and they have a smart, ambitious plan for busting through the barriers—that still does not guarantee that she will be heard.

This is because the status quo polices the political discourse via the Commission on Presidential Debates (CPD), a vehicle constructed by the two major parties to maintain their duopoly. In 2012, Stein and Green vice-presidential candidate Cheri Honkala were arrested for trying to enter a presidential debate sponsored by the CPD.

This year, Stein is starting early by joining other third-party contenders who have been excluded from CPD debates as plaintiffs in a historic legal challenge to the commission’s practices. Filed by the group Our American Initiative, the lawsuit seeks to open up the 2016 debates to alternative candidates and alternative views.

“The [lawsuit] from Our America Initiative, paired with the initiatives of the Free and Equal Elections Foundation, are essential to the movement for real democracy and real solutions,” explains Stein, who notes that “a majority of U.S. adults say a third major political party is needed.”

But for minor parties to become major parties, and for new ideas to enter the mainstream discourse, the political process must be more open, flexible, and free.

Americans of every partisanship and ideology must support open debates. Like initiatives to protect voting rights and limit the influence of big money, efforts to assure that voters have access to diverse choices and a robust discourse are not just about the mechanics of election campaigns. They are essential to establishing vital and meaningful democracy.

Stein says that “the American people have the right to hear from the full spectrum of their choices, so we can begin to secure a government that is truly of, by and for the people!”