Due to the inadequately small size of the room, chairs were not allowed for observers, who had to stand for the duration -- a genuine hardship for some. Several observers did ultimately place chairs for themselves at recount tables without official complaint. There were no refreshments provided for observers until the Stein campaign delivered some around noon, and the water fountain was out of order, but there was a small sink in the recount room. 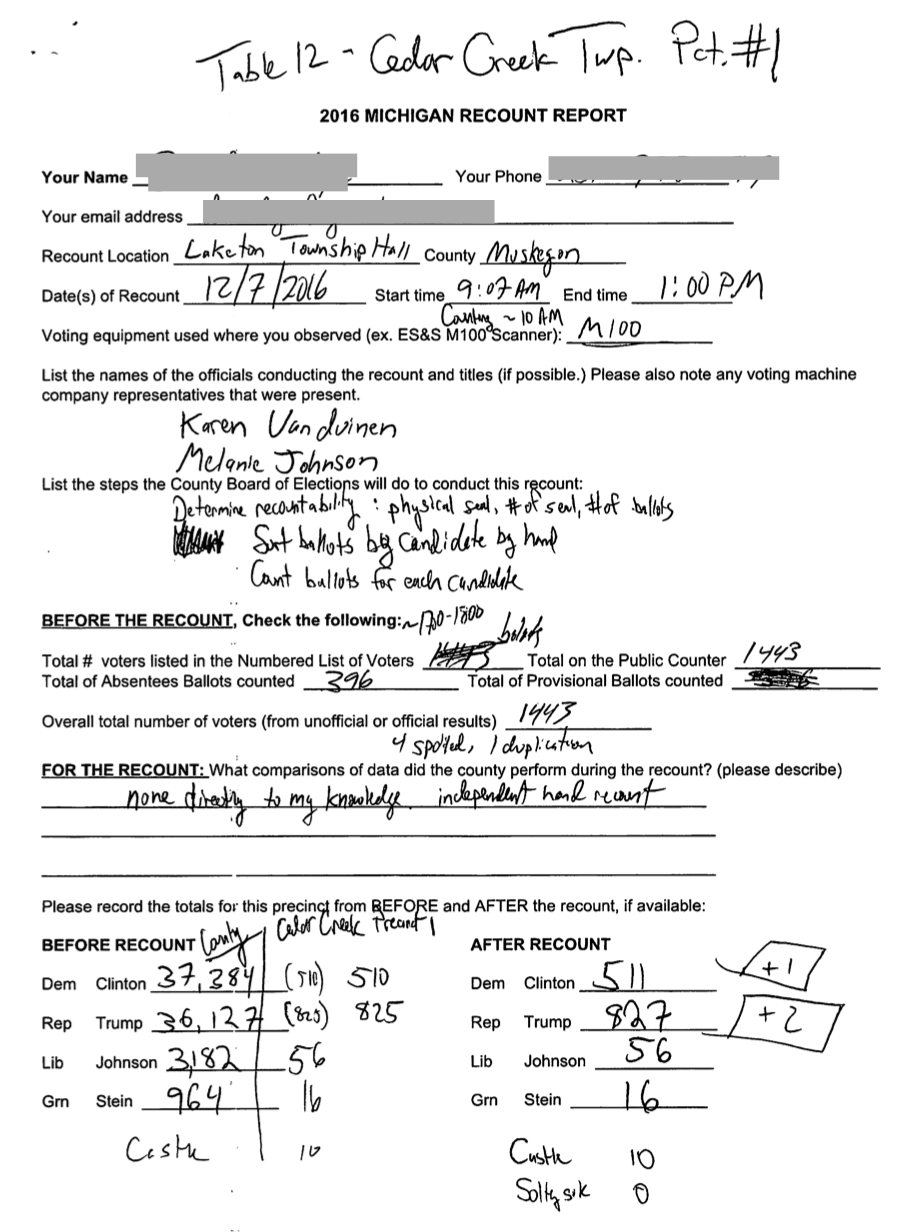 Counting for the precinct I observed began around 10:00 AM and ended 1 PM. This precinct used the ES&S M100 Scanner. The count was conducted by officials Karen Vanduinen and Melanie Johnson.

To conduct the recount, the County Board procedure was first to determine recountability of each precinct. To be considered recountable, the ballot containers for a precinct needed to be properly sealed with a numbered seal matching the seal number recorded in the poll book, and the number of ballots needed to match. (During my shift at least two other precincts were deemed non-recountable, including Muskegon City Precinct 1).

After the precinct was deemed recountable, the ballots were hand-sorted into seven piles according to the candidate selected (Clinton, Trump, Johnson, Stein, Castle, Solytsik, and "Other"), and these piles were subsequently hand-counted with the exception of the "Other" pile. As far as I could observe, all counts were conducted without reference to existing machine-count results.

The Trump campaign representative issued a blanket challenge for all precincts at the beginning of the day's counting. The Trump campaign also attempted to challenge the precinct I was observing on the ground that a handwritten tag attached to the seal included hand-corrected information. The seal itself, however, matched the number in the poll book. As far as I am aware, this challenge was not officially submitted.

For the precinct I observed, there were 1443 ballots recorded in the poll book, compared to an estimate I received from the local clerk of 1700-1800 registered voters. I did not observe the numbered list of voters. 396 of these ballots were absentee, there were 4 spoiled ballots, and 1 ballot was duplicated after having been sent electronically. I did not witness the spoiled ballots, but the final numbers for the precinct otherwise tally. I did witness the
(apparently faxed) ballot that was duplicated and verified that the duplication was performed correctly.

In all cases, discrepancies in this precinct were attributable to machine-deemed overvotes caused by stray markings, which were able to be unanimously and unambiguously adjudicated by election officials, myself as an observer, and an observer for the Trump campaign.

I did not directly witness any activity that I would consider questionable or irregular during the course of my observation. Counting was conducted quickly, efficiently, and professionally. The inadequate size of the room and the attendant inconveniences for observers was unfortunate, but so far as I was able to observe, the recount proceeded in an orderly fashion despite these hardships. 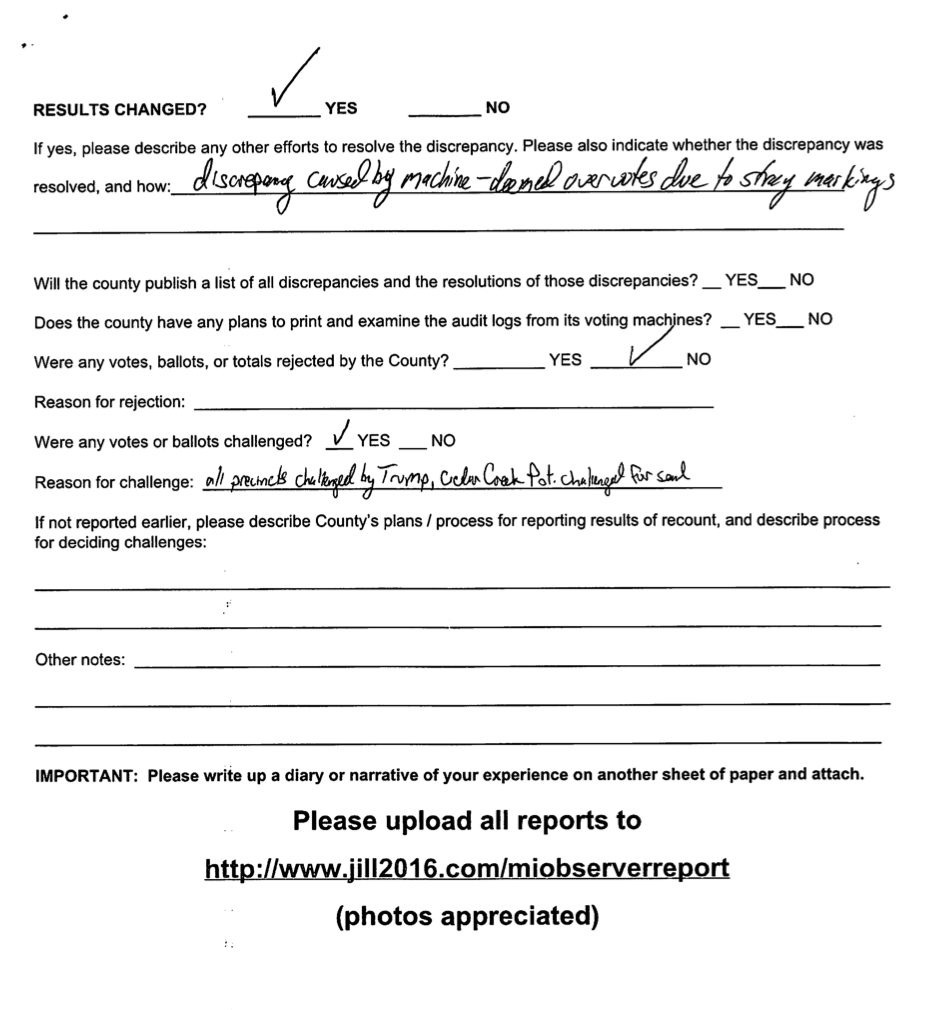