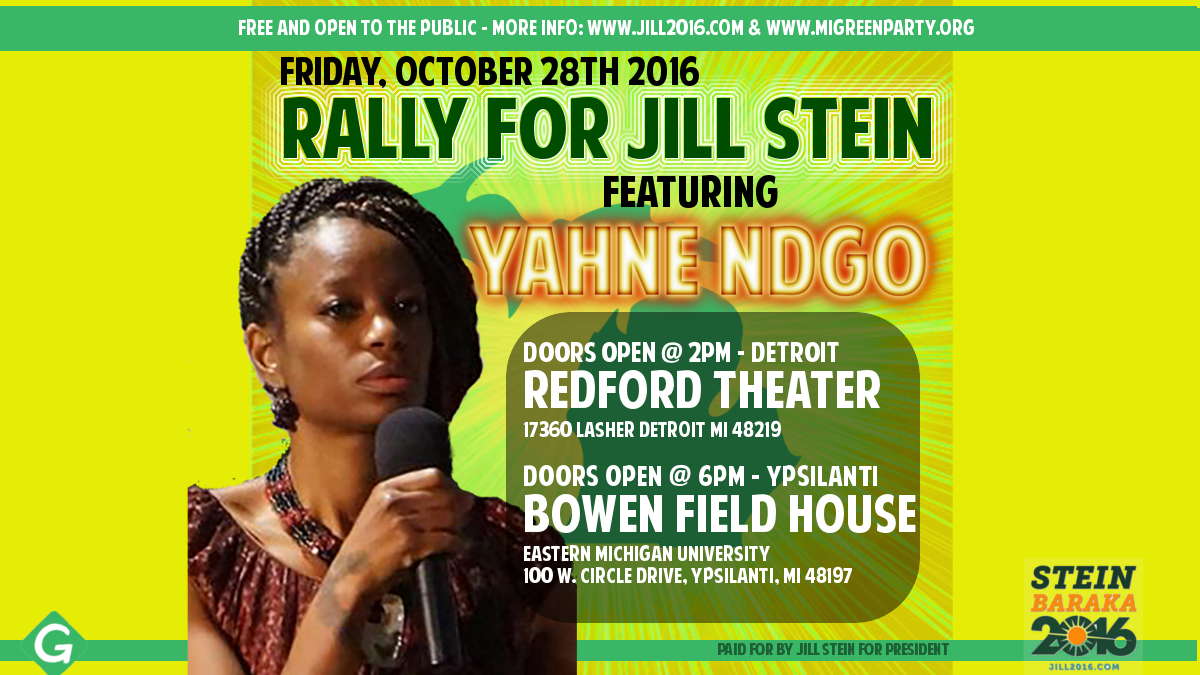 Join us at the historic Redford Theatre on Friday afternoon to hear Jill's vision for our future. And get involved in the campaign today by going to jill2016.com.

This is a unique time in history to transform our political landscape and create a world that works for all of us.