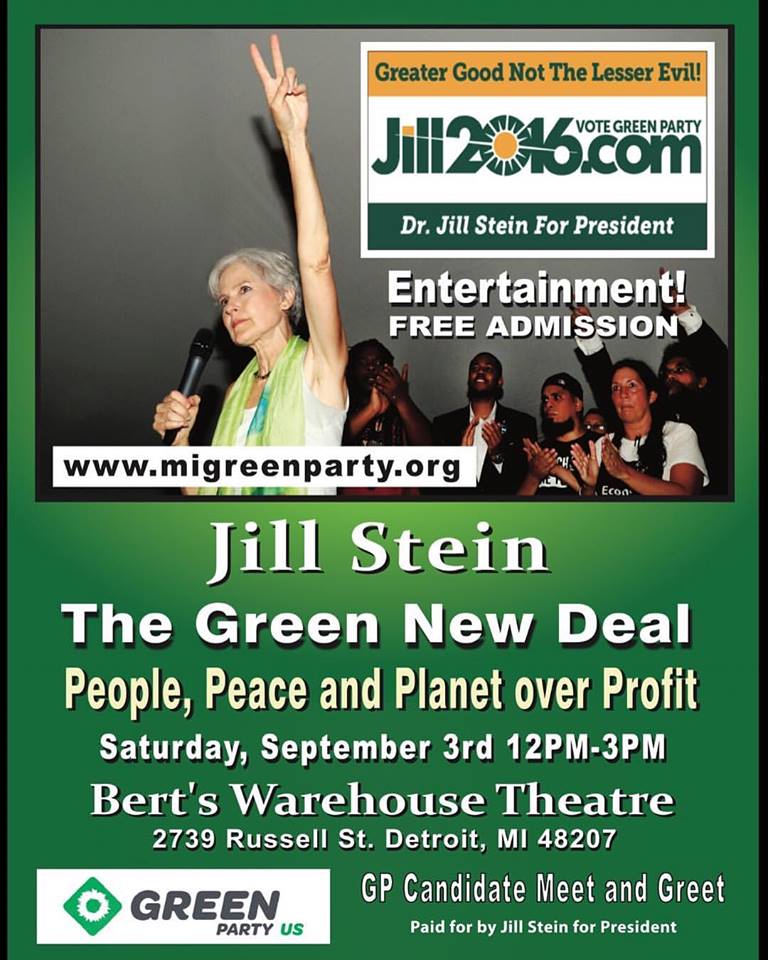 Dr Jill Stein and Ajamu Baraka, the 2016 Green Presidential and Vice-Presidential candidates will appear at a rally at Bert’s Warehouse Theatre on Saturday from Noon to 3:00 pm.

Dr Stein and Ajamu Baraka will speak on how the Green New Deal will address injustice, social  and environmental concerns that residents of Detroit and Michigan deal with on a daily basis. They will also address the horrendous water pollution in Flint and the unjust Incarceration of Rev. Ed Pinkney of Benton Harbor.

Stein and Baraka will address how their campaign has been welcoming former supporters of Bernie Sanders to the corporate-free revolution.

Others speaking include a number of Green Party candidates and former Sanders delegates that have joined the Green Party.

Musical entertainment will be provided by Martha Reeves, Sturge Moreland (formerly with the Temptations), Jose Riojas and others.