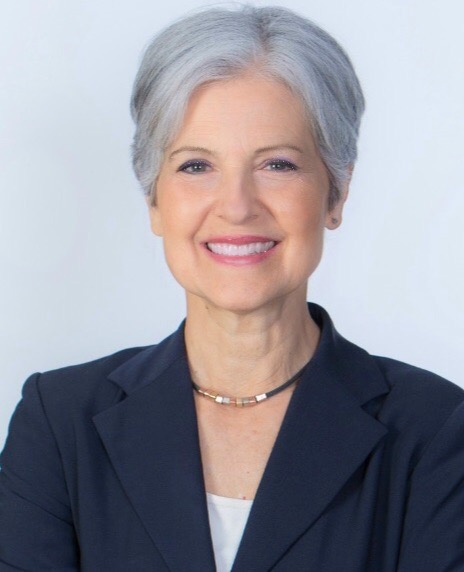 Jill Stein, on the other hand, is the candidate you can believe in. She's the only one backing the kinds of common-sense policies American's are on record as supporting. In fact ...

Some of the best Jill Stein Videos - Ever!

As president, Jill will enact an emergency Green New Deal to turn the tide on climate change, revive the economy and make wars for oil obsolete. She will initiate a WWII-scale national mobilization to halt climate change, the greatest threat to humanity in our history.

Jill will also create 20 million new jobs by transitioning to 100% clean renewable energy by 2030, and investing in public transit, sustainable agriculture, conservation and restoration of critical infrastructure, including ecosystems.

2.) Jill Stein supports legalization of marijuana in all 50 states.

3.) As president, Jill Stein will ABOLISH ALL Student Loan Debt.

As Jill says, "If we can bail out the crooks on Wall Street, why can't we bail out students burdened with crippling student loan debt?"

A Stein administration will guarantee tuition-free, world-class public education from pre-school through university for all Americans. She will abolish student debt in order to free a generation of Americans from debt servitude.

She will restore arts, music and recreation programs into our schools and ensure racially inclusive, sensitive and relevant curriculums. She will also officially recognize poverty as the key obstacle to learning and increase federal funding of public schools to equalize public school funding.

4.) Jill Stein will rein in the evil agricultural corporation Monsanto and regulate GMOs.

Jill believes we should label GMOs, so we KNOW what we are putting into our bodies. She will put a moratorium on GMOs and pesticides until they are proven safe.

As president, Jill will support organic and regenerative agriculture, permaculture, and sustainable forestry. She will invest in clean air, water, food and soil for everyone. She will clean up America and enact stronger environmental justice laws.

This means that a Stein administration will go the extra mile to ensure that low-income and communities of color are not disproportionately impacted by harmful pollution. She will do all she can to support America's conversion to sustainable, nontoxic materials and the use of closed-loop, zero waste processes in industry.

The greatest risk to American people of color is the police who are meant to protect them. This is a profound failure of justice that cannot be tolerated.

A Stein administration will demand that institutional racism be confronted at every level of government, that the racist “war on drugs” be ended. Jill will see to it that non-violent offenders be paroled, that police forces be demilitarized, and that police officers be held accountable for their actions.