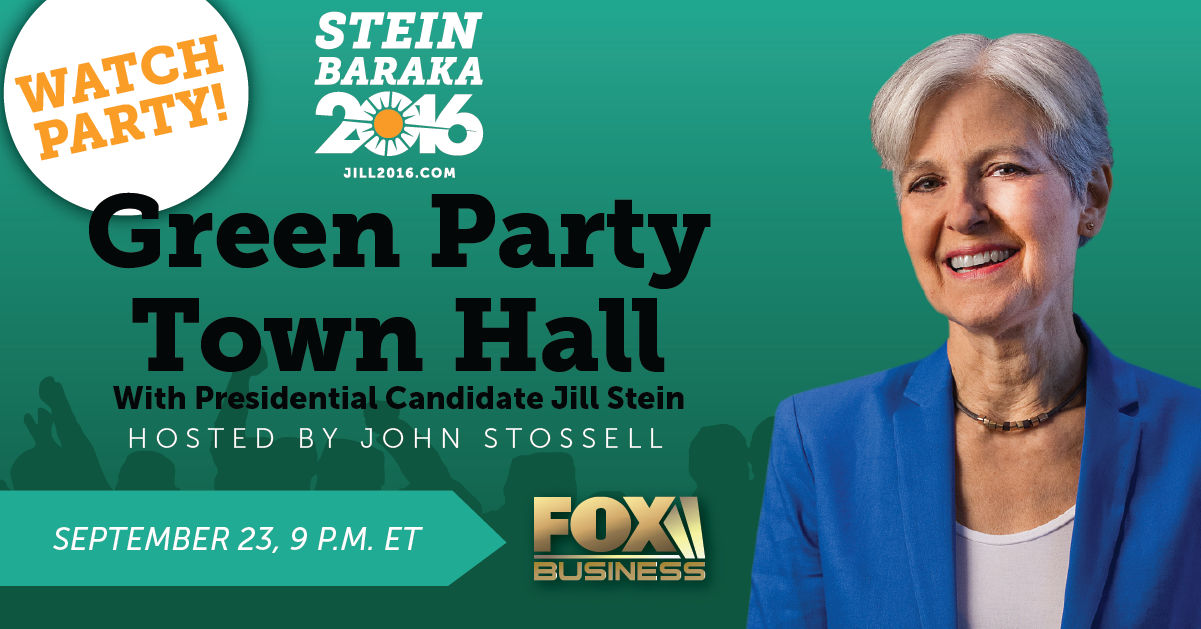 It will be broadcast Fox Business's cable TV channel on Friday, September 23 from 9-10pm Eastern. Host your party then, and possibly encourage people to show up early to phonebank! (jill2016.com/phonebanking)

Host a party at your house if you have cable (or see if a friend has a cable login to watch it online). Or find a local restaurant, bar, or cafe that has cable television that will commit to turning the broadcast on!

Find further information for this and all future town hall watch parties at jill2016.com/townhall.

(There will also be a Fusion TV Town Hall with nationwide watch parties broadcast on Facebook Live and on Fusion TV's cable channel on Monday, September 19 ).