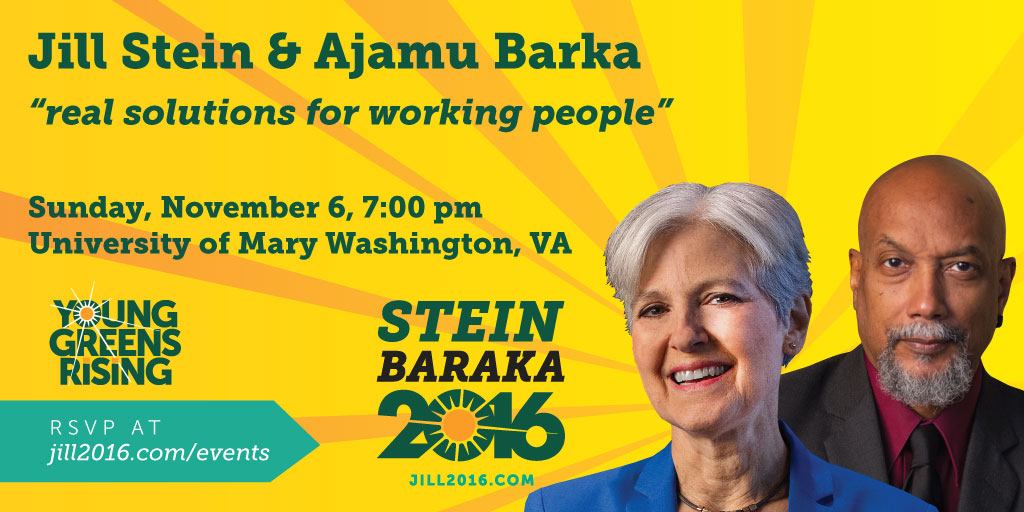 Dr. Jill Stein and Ajamu Baraka will visit UMW in Fredericksburg to speak about their vision for our future. They will appear  at the Univerity Center in the Chandler Ballroom.

Sid Smith from the Green Party of Virginia will act as emcee.

The Stein / Baraka campaign is a bold, left-wing alternative with real solutions for working people. She calls for a $15 minimum wage, cancellation of student debt, single payer healthcare, and a Green New Deal to tackle climate change.

Don't believe the narrative the nation media is pushing. The Stein / Baraka ticket is killing it among millennials, artists, and left-leaning voters!!!

This is a unique time in history to transform our political landscape and create a world that works for all of us. The power to do this is not in our hopes, it's not in our dreams; it's in our hands!