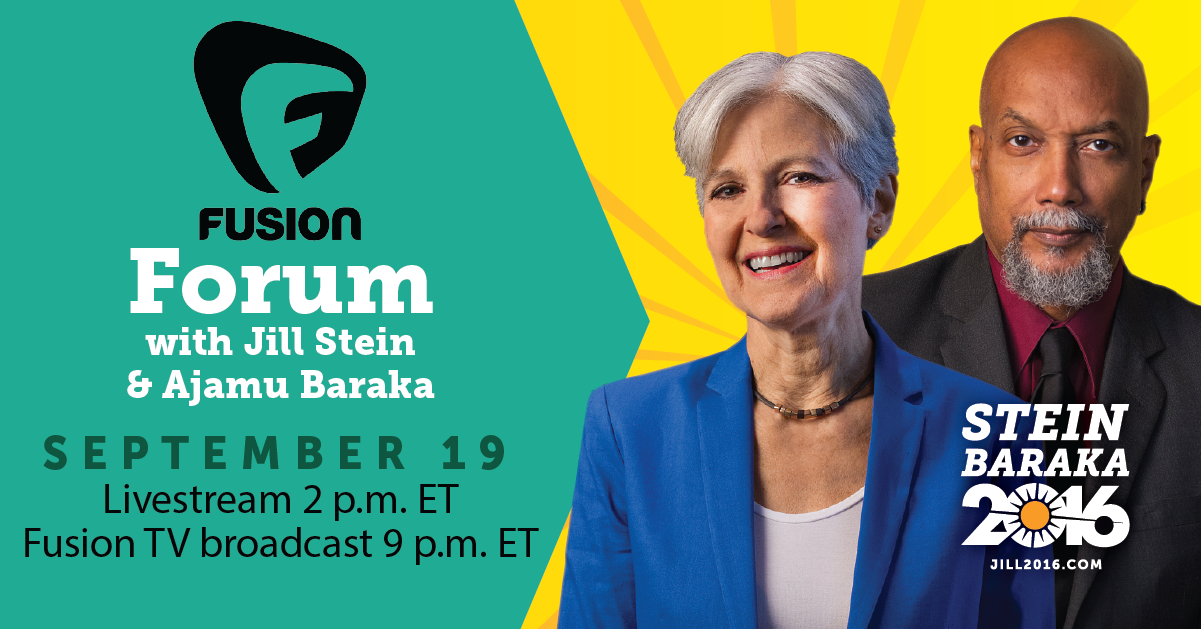 It will be broadcast live on Facebook on Monday, September 19 from 2-3pm Eastern. Host your party then or anytime that week (because you can re-watch the Facebook broadcast at any time from their Facebook page) if you have internet.

Or, you can host your watch party when the broadcast airs on cable television (Fusion TV) from 9-10pm on Monday, September 19. This requires you have cable television or an online cable login from a friend.

Many people also have their watch parties at local restaurants or bars that either can turn on cable broadcast or have internet for you to watch the video on Facebook.

Find further information for this and all future town hall watch parties at jill2016.com/townhall.

(There will also be a Fox Business Town Hall with nationwide watch parties broadcast on Friday, September 23, at 9pm Eastern).