The final Presidential debate is tonight, October 19th at 9pm ET! The Green Revolution has begun - tomorrow starts TODAY - and you know it because you are part of it.

Really, you (and millions of others like you) made this movement happen!

And now, brothers and sisters, it’s your turn to step up and stand with Jill. Because …

Tonight, we will see the final
chapter of Donald Trump’s
imploding campaign end.

And everyone knows it.

The polls have Hillary Clinton with a solid lead nationally, and leading by even more in key battleground states.

Stated simply -- Trump is toast. There is virtually no chance that he will be President.

Which opens up
the opportunity for Jill to
Expose Hillary Clinton for her...

Jill will remind America of the Hillary behind the practiced political mask, as well as the disaster that “President Trump” or “President Clinton” would be for America! 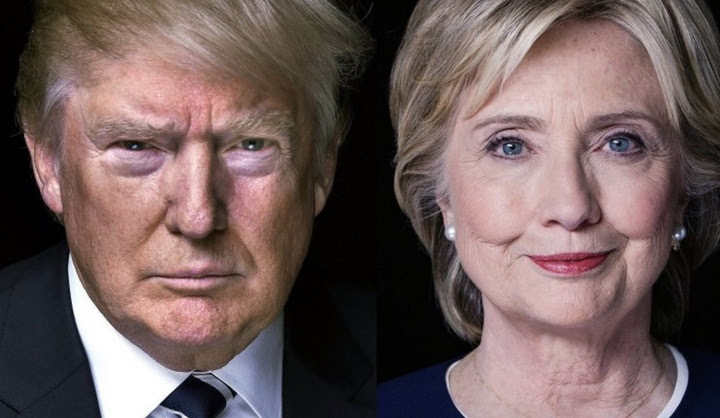 The corporate duopoly candidates will “debate” on the University of Nevada Las Vegas campus, in a traditional debate format divided into six segments and moderated by Fox News Chris Wallace.

But we’ll be livestreaming Jill from Las Vegas where we’ll insert her LIVE between questions, laying out her plan for building a just, Green, and peaceful society.

Literally, MILLIONS WILL HEAR and see JILL. And that is only because of generous donors who keep this campaign chugging.

We need you “hashtag ready” and waiting, as Jill trounces Hillary and The Donald (who really is finished). Use #OpenTheDebates to make your voice heard and take part in the tweets.

Will you stand shoulder to shoulder with Jill, the only candidate with bold, realistic programs for building a new world?

During the debate, she will be providing real answers to the problems that face us. 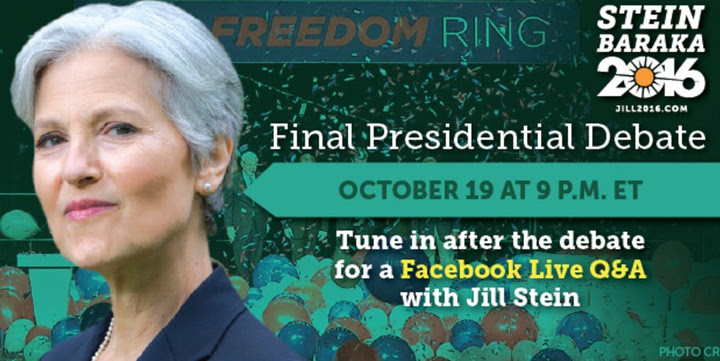 We estimate that the costs of sending Jill and her team to Las Vegas at $35,000. Can you help by making a donation?

Please give whatever you can today - IT’S URGENT!

If you’ve already made one, now’s the time to make one again! Any amount you can give will help.

Tonight, America will have a clear choice - the choice between the mud slinging and broken promises of the corporate duopoly candidates, or the candidate who has fresh, realistic plans to build a new America!

Count me in! I want to donate “$29 for Stein” and support Jill right now!

The $35,000 we hope to raise with this email will pay for technology, travel costs, the website, and all the associated  infrastructure of this historic “people’s intervention.”

With the election less than 3 weeks away, everything is on the line...WE NEED YOUR HELP TODAY.

As Jill and Ajamu say, “We can build this new world. It's not in our hopes. It’s not in our dreams. It's in our hands.” Let’s build a better future together!

P.S. Remember, the third and final Presidential Debate will be broadcast live starting at 9PM ET. Log on to the campaign Facebook page to watch Jill's responses to the questions asked. And please give generously to cover the costs of our livestream event. It’s our way of using the “people’s media” to reach millions of people that are blocked by the corporate media blackout! We know that we’ve already had over 20 million views by using this strategy. The third debate is our best, last chance to reach millions of voters with a real choice.
P.P.S. Help us support Jill’s last Presidential debate by giving now. During the debate, Jill will talk about the campaign's platform which includes the Green New Deal, the bold initiative that will create 100% full employment in our nation and combat climate change. Along with  universal health care, abolishing student debt, an end to police violence, support for Black Lives Matter and an end to institutional racism and so much more! ALSO! SEE JILL’S NEW VIDEO NOW!