UPDATE:
The 22 Heroes of Democracy Still Need Your Help! 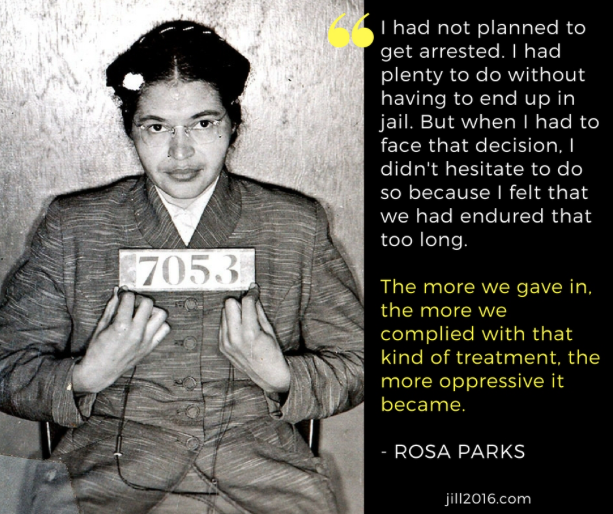 We're writing to update you on the “22 Hofstra Heroes for Democracy” who put themselves on the line - literally - on Monday, September 26th, to peacefully protest Jill's exclusion from the debates at Hofstra University.

Hillary Clinton said that most Americans wouldn’t know Gandhi from the guy who owns the garage down the street. Stein/Baraka supporters and the Green Party are WELL AWARE of Gandhi, and what the struggle for justice looks like.

Rosa Parks learned from - and was inspired by - Gandhi. Her words and actions helped change the course of history.

We think Rosa Parks would have been proud of our 22 Hofstra Heroes for Democracy. Don’t you?

These 22 brave activists decided that a Rosa Parks-style sit-in was the way to get the media’s spotlight on our message. And they were arrested... which was completely expected. (A revolution - even a nonviolent one - is a very scary prospect for the establishment.)

All of the heroes felt their arrests were absolutely worth it. 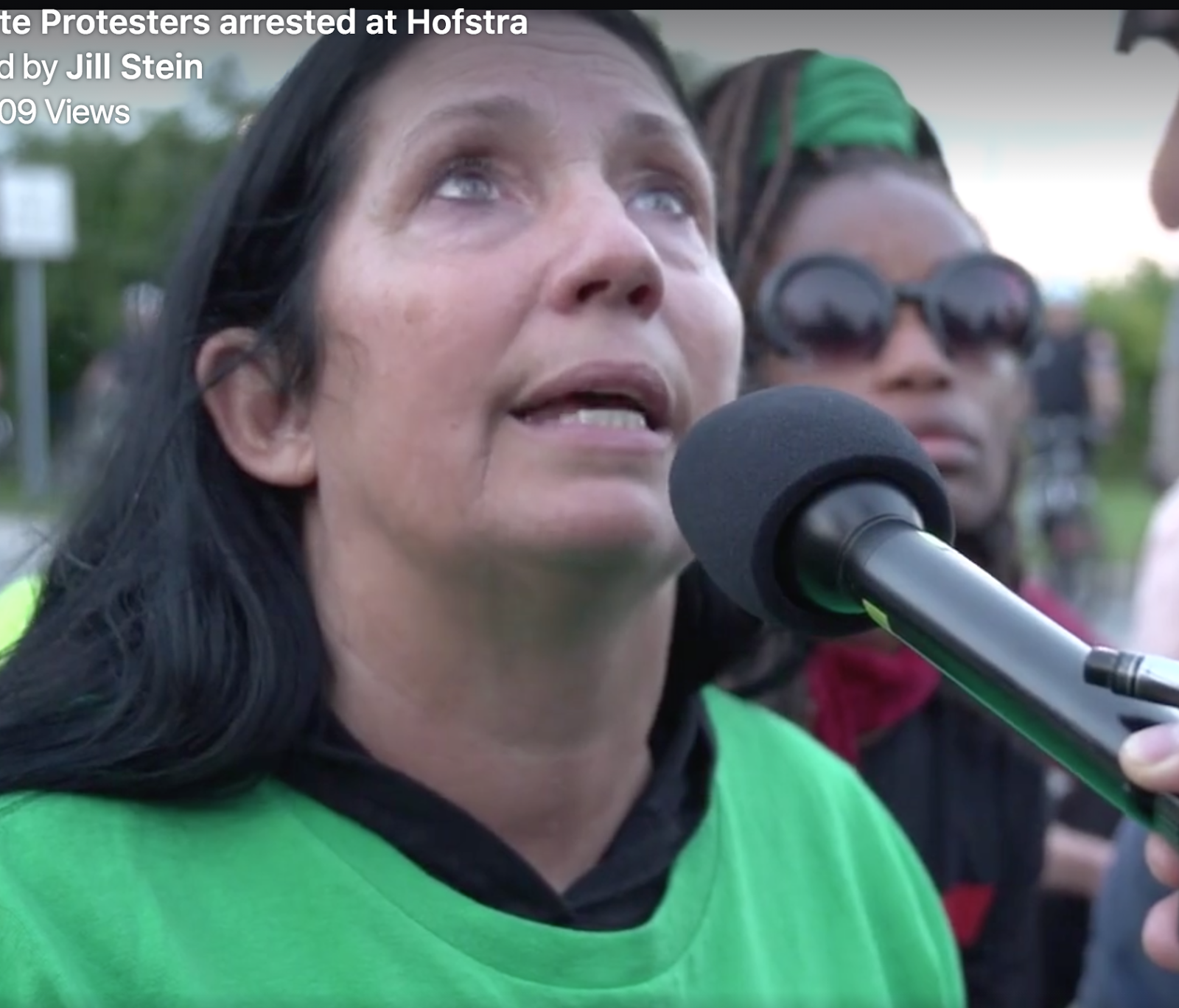 “I've participated in many acts of nonviolent resistance. And every time I have, they handcuff people for the entire time. They did it again and this time - they tore my ligaments. But in the end, I was so proud of all the women and men who stood up and refused to be silent. There's no turning back now. We will see open debates in my lifetime!”  ~ Cheri Honkala

Hundreds of heroes were at the protest, sitting for their beliefs, but these 22 brave activists were singled out, arrested and charged with Class A misdemeanors …

We salute the 22 Hofstra Heroes for their courage, conviction and commitment.

Unfortunately though, the court is making all of them travel back to New York for their first arraignment - and it’s expensive. Many of them simply cannot afford it - coming from as far away as California, Texas, and Colorado.

Our campaign is trying to help them with their legal and travel expenses as much as we can.

And that’s why we’re writing to you today.

Will you donate right now to help them as well?We still likely have about $22,000 more in legal and travel expenses.
Now is the time to put your financial support behind those who stood up - or sat down in this case - for you at Hofstra. 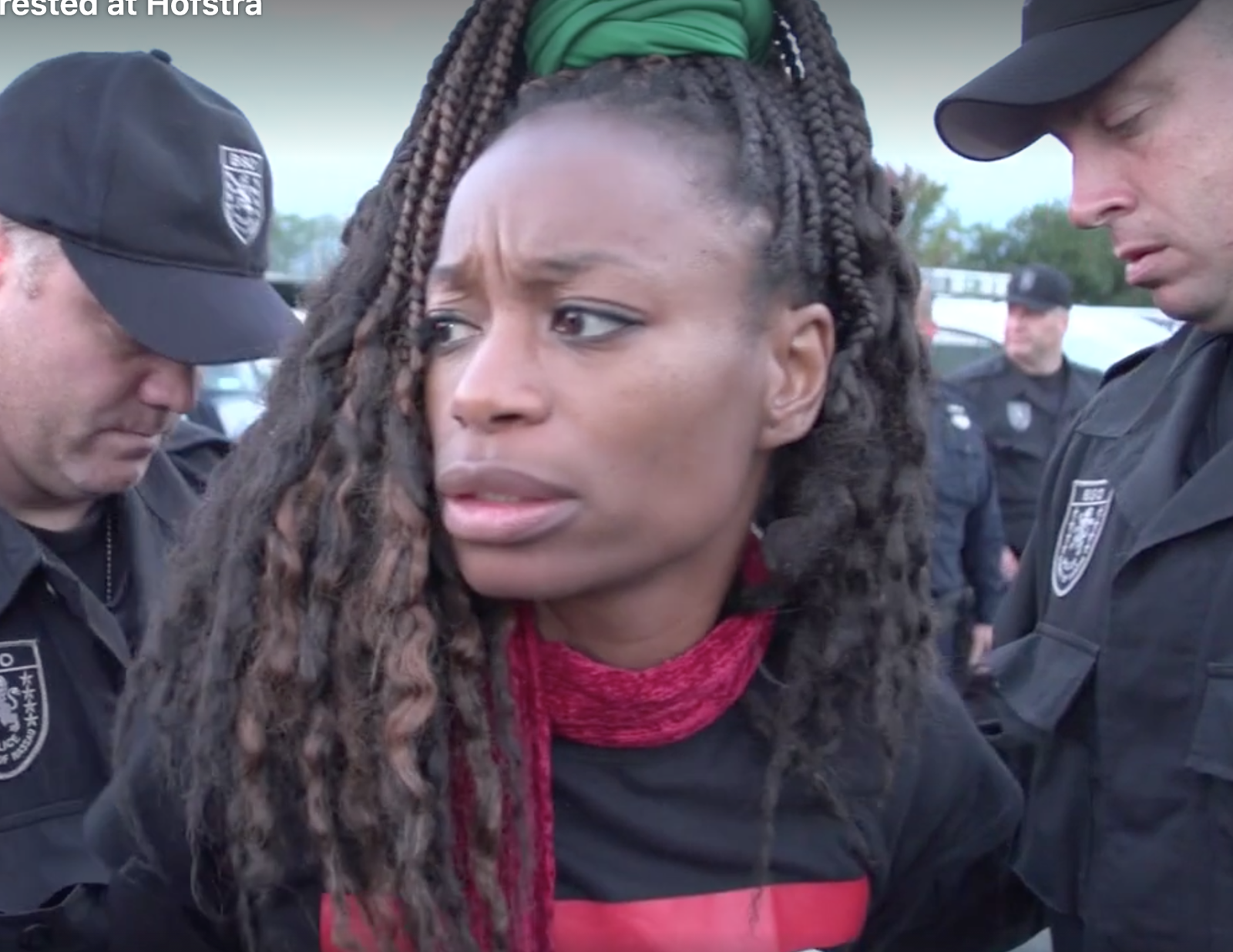 “I take personal responsibility for the future of our planet. Every young adult, every child - born and yet to be born, every plant and animal, and the earth itself all depend on my willingness to face any consequence as I fight for our future. I declare I will defend our right to live and prosper in a beautiful world and a just society.“ ~ YahNé Ndgo

So today, please join us in honoring these heroes with your heartfelt thanks and with your financial support.

YES! I want to donate today to help with legal and travel expenses for these Heroes of Democracy.

By giving, you can be a hero for them, too.

We believe Mohandas Gandhi and Rosa Parks would applaud these words. Please contribute generously and let these words be heard over and over in these final election days.

P.S. In another act of suppression at Hofstra, earlier in the day, Jill was escorted off the campus by campus security and police - even though she was invited into the debate site by numerous media outlets who had even given her press credentials. (ABC, CBS, MSNBC, Fox News).

We're not surprised. We're fomenting a nonviolent revolution. As always, that's a very scary prospect for the Establishment. And all the more reason why we need your donation today.

P.P.S. History anoints people as heroes. But their sacrifice often goes unappreciated by the people of the time. We will not make that mistake. We stand by these courageous and principled individuals. And we ask you to do the same. Be part of history and claim your own place in this movement.