Get the Green Party to 5%

If the Stein/Baraka campaign earns at least 5% of the national popular vote, it will qualify the Green Party for federal funding in the 2020 presidential race proportional to the amount of votes received - likely at least $8-10 million.

Read a message from Jill Stein on why 5% for the Green Party is a win for America. 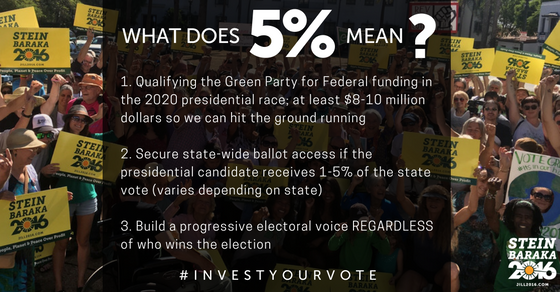 5% would also secure ballot access in a number of states that grant ballot status if the presidential candidate receives anywhere from 1-5% of the vote (varying by state).

Don’t waste your vote on the failed two-party system. Invest your vote in building a party for the people. Every Green vote helps us get closer to winning public funding and ballot access.

Voting Green is voting your principles, but just as importantly, it's a smart strategic vote.

Our ultimate goal is to win the election but even if we don’t, getting at least 5% of the popular vote has huge benefits for building the Green Party. Voting Green is not a protest vote, it’s a vote to build for the future. 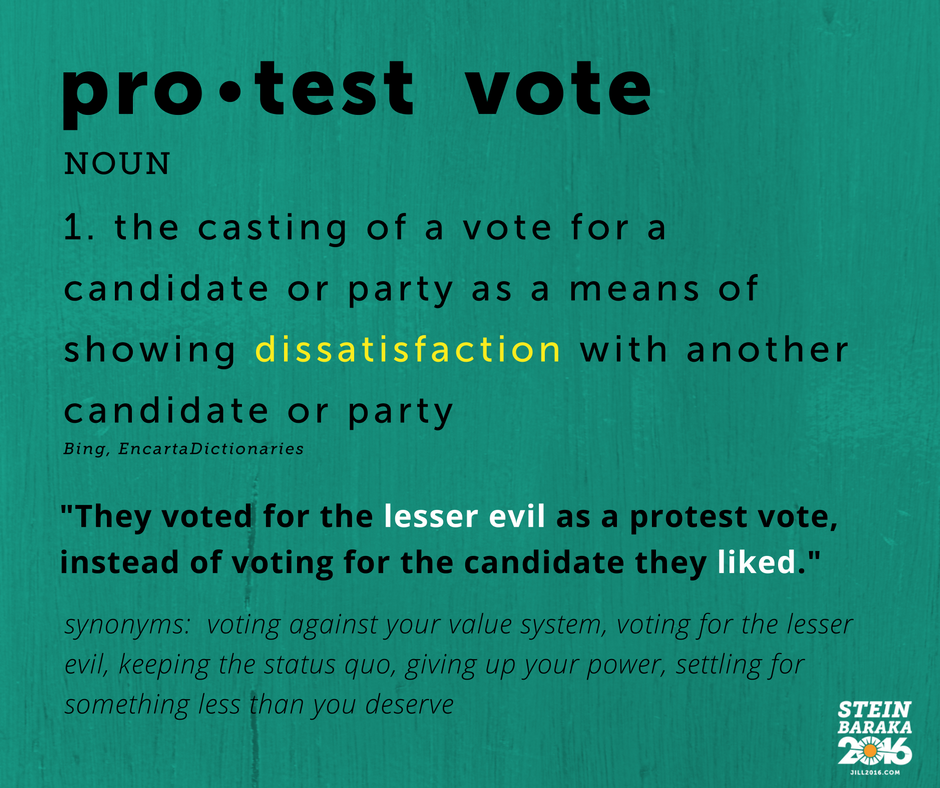 The political establishment isn't worried about protest votes - otherwise they'd be attacking the roughly half of Americans who protest the system by not voting at all. They attack Greens instead, because they're worried that millions of people will invest their votes in building a party that puts people, planet and peace over profit.

We have support from millions of voters despite a media blackout.

Studies of the mainstream media show that we've gotten less than 1% the media coverage given to Trump or Clinton. Despite this tiny amount of media coverage, all of it repeating the propaganda that we can't win, polls regularly show roughly 3% of Americans supporting our campaign, representing millions of voters. And these polls dramatically undercount independents and young people, our strongest supporters. If the polls accurately represented young people and independents, they would show that 5% is an achievable goal. 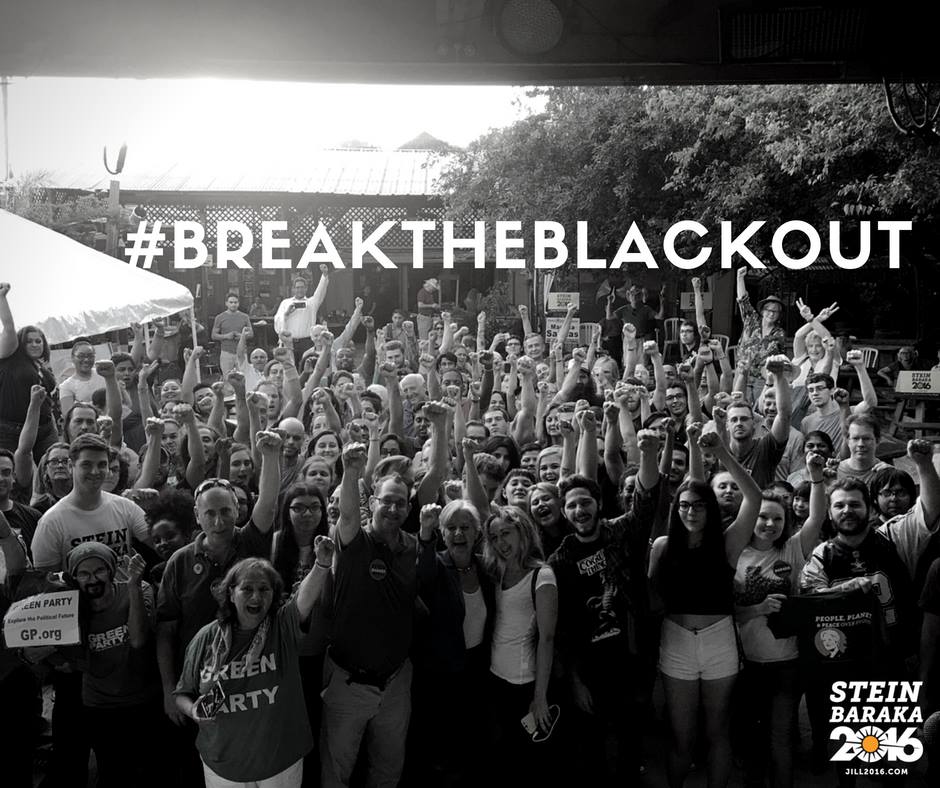 The establishment wants to silence us and prevent us from building but we are growing stronger every day.

We are building a new major party.

An incredible 57% of Americans say that the Democratic and Republican parties do such a poor job representing the American people that a new major party is needed.

For years, the Green Party has been fighting against all odds to build a national party for the people that runs candidates at all levels of government. 5% of the national popular vote would help the Green Party become the new major party that Americans are hungry for.

The only wasted vote is a vote to perpetuate the failed two-party system.

Every Green vote moves us closer to the goal of 5% which means millions in public funding for 2020 and ballot access wins across the country. 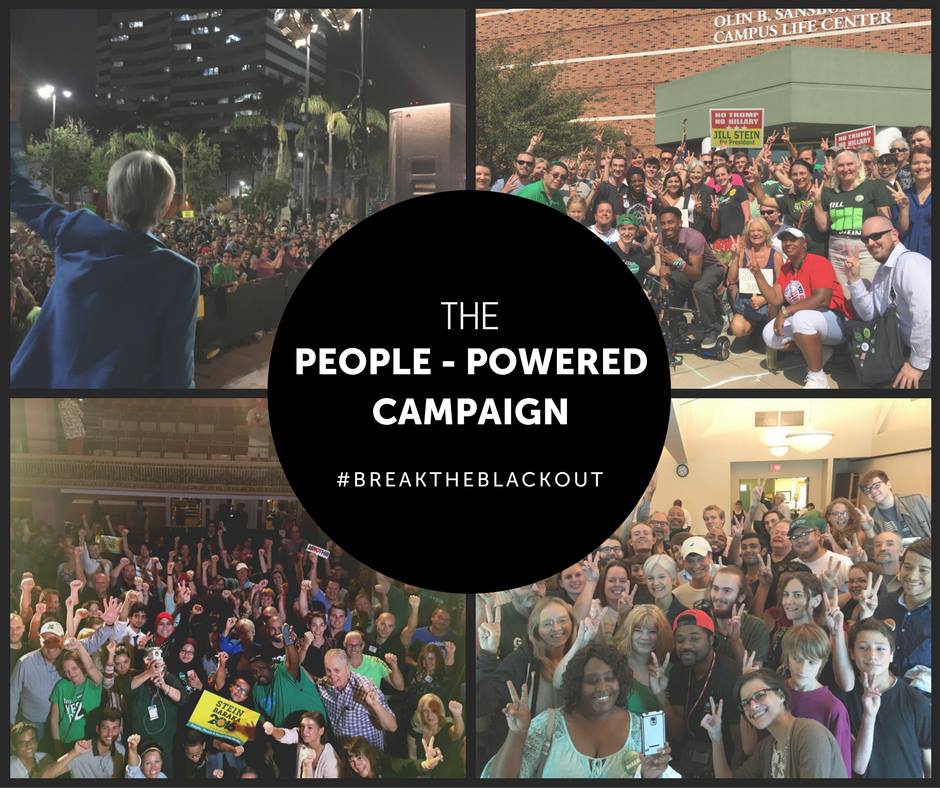 With record high unpopularity for the two establishment parties and their candidates, now is the perfect time to invest your vote in building a real alternative.

Voting for the “lesser of two evils” is a failed strategy.

Every election the establishment tells us to vote for the “lesser evil” - we need to break free from this downward spiral. Voting for the “lesser of two evils” is a failed strategy that has created a race to the bottom. 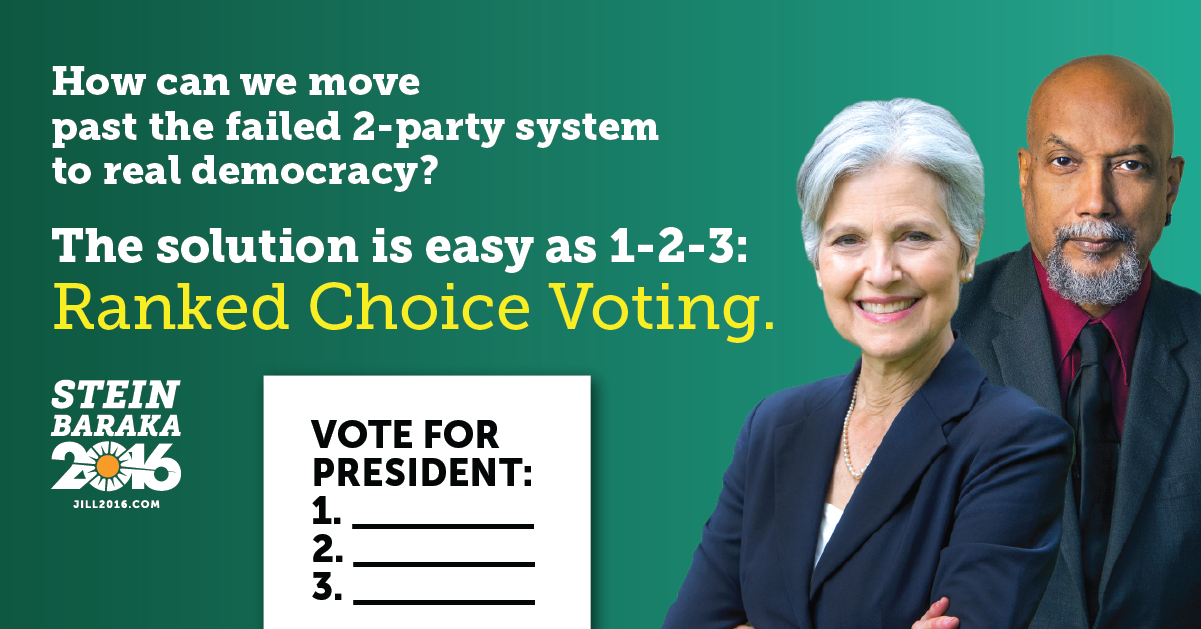 The establishment parties could solve the “spoiler” problem in a heartbeat by passing ranked choice voting, but they refuse to. We won’t get ranked choice voting and real democracy by voting for the status quo - we’ll get it by voting Green and putting real pressure on the establishment. Politicians won't allow change to a system that works for them unless they're afraid that blocking that change will cost them votes.

Under the Electoral College almost every state awards its electoral votes to the candidate who gets the most votes in that state, and political scientists and statisticians agree that except for 7-10 "swing states", for most states the winner is practically a foregone conclusion. In the vast majority of states, a vote for either establishment party change nothing, and sends no message other than saying that you're satisfied with the current state of politics. Voting for Stein/Baraka, on the other hand, helps move the Green Party towards 5% of the national popular vote, helps build the Green Party in your state, and sends a strong message that you demand better from our political system.

A Green vote is a powerful vote for change.

Your vote not only helps the Green Party gain ballot lines and public funding, it is the most powerful way to use your vote to affect the issues you care about. It shows politicians that they can't take your vote for granted; if they want your support, they need to support you on the issues. And it helps to change the whole debate by showing the world that you are part of a growing movement of people who don't agree with a political system that puts profits over people, planet and peace. 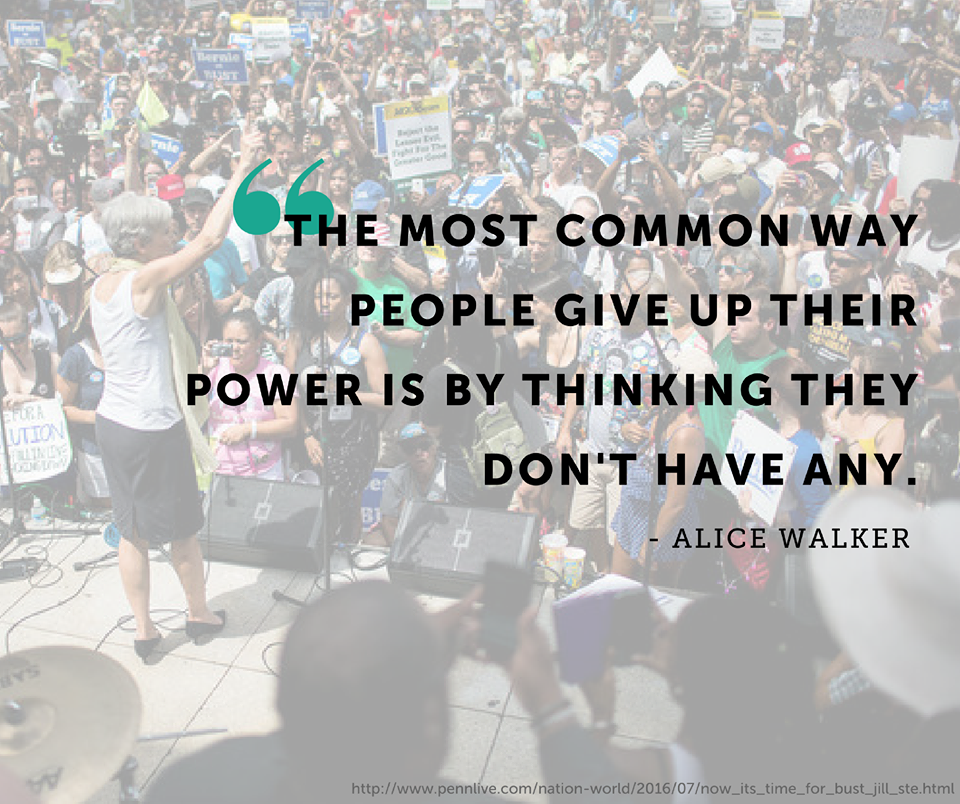 The real work begins the day after Election Day.

Greens know that whatever happens on Election Day, we need to get right back to work. We are taking on the most important issues in human history that will determine whether we and future generations will survive and thrive on this planet. We need to build a sustainable party with one leg in movements for social, economic and environmental justice, and the other leg in electoral campaigns for local, state and federal office.

As Dr. Cornel West says, "It's time to move from being spectators, to being actors." If not us, who? If not now, when? We are the ones we've been waiting for. 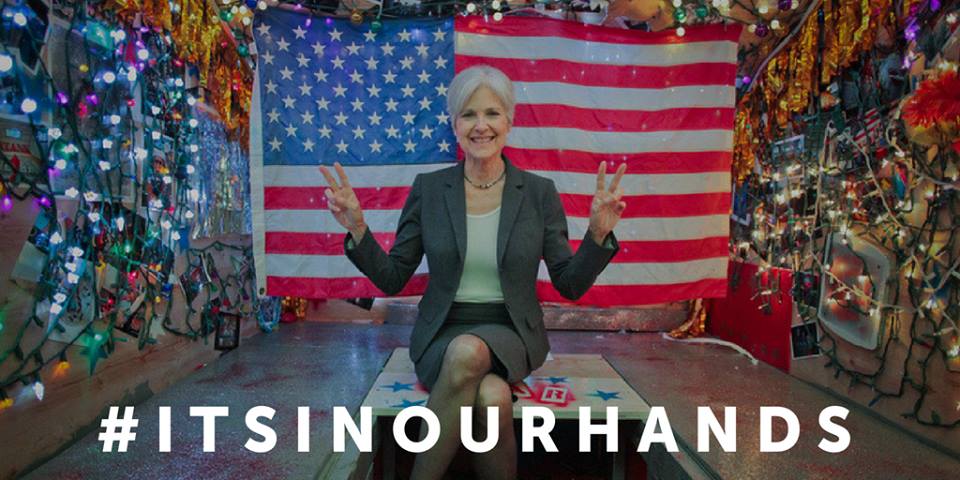