My family of three were observers/challengers for Jill Stein at the Lakeland Township recount during the time slot of 9:00 am to 1:00 pm on December 7, 2016. We were informed at the front desk that it was very crowded and there would be "some standing." Nancy Waters gave the Jill Stein observers a brief set of instructions out in the hall. She also told us that they had attempted to find a larger hall, but could not. This seemed a bit far fetched to me.

Jen Judd greeted us in the hall and gave us forms to be filled out, clipboards and a pen and some instructions. After the woman representative from the state gave the introduction and some rules and instructions (including that we weren't allowed any of the refreshments or drinks that were supplied for the officials), we were asked to find our own table to observe. The "officials" at my table were Jeff Abram and Erma Gibson. There was also another observer/challenger named Sandee who had a Donald Trump lanyard. 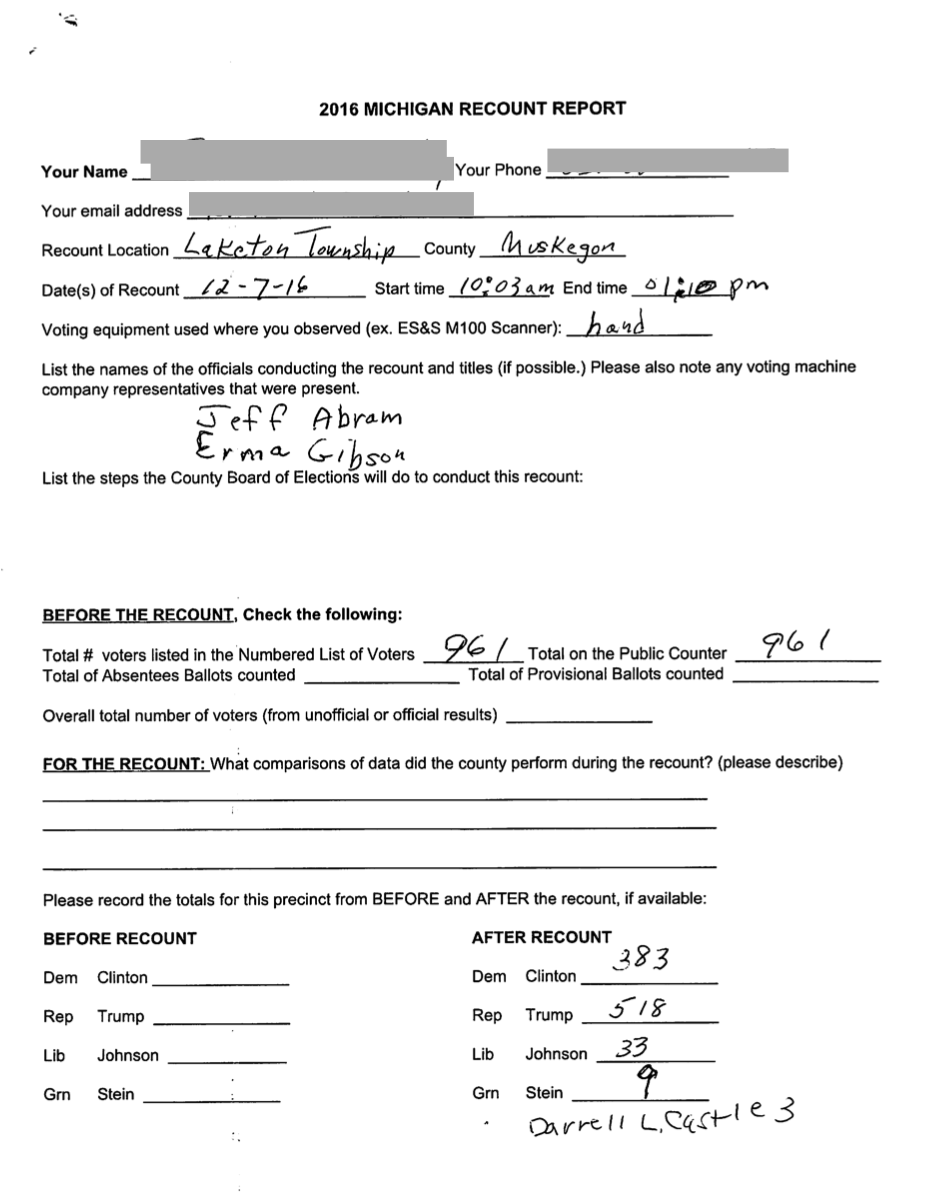 Our ballot bags had a total of 961 ballots. When they were counted at our table, the total was 960 ballots. Some officials were called to our table and the woman representative from the state finally resolved the issue of the missing ballot by reading the notes received with our ballot bag. We were then cleared to recount the ballots. Once Sandee challenged a vote error. She pointed to a ballot with her pen that was a few ballots down in a pile and I challenged the fact that it was too late to challenge that ballot. She insisted she was challenging the current ballot being counted and not the one she pointed to. The ballot in question was found to be a vote for Donald Trump.

As the recount proceeded two votes for Jill Stein were erroneously being called Hillary Clinton votes and I objected and they were found to be for Jill Stein. Sandee also objected when a few votes were declared Hillary Clinton's and they were Donald Trump votes. They were then declared for Donald Trump. The officials at our table did not seem to understand the regulations for counting the ballots as Sandee and I had been instructed. We had to remind them on a few occasions. When I took a break, I had some crackers and cheese I had brought with me, but I noticed that the only water bubbler was out of order and we were not allowed to have the drinks provided for the officials.

We had expected the Donald Trump people to be challenging all the votes, but I heard Sandee being told that they were not challenging the votes now. It was a congenial atmosphere at our table with no anger or friction. It was very difficult for me to have to stand for the entire four hours. Sandee was given a chair part way through by her husband who I believe was one of the officials.

We had many extra ballots that were examined and found to be blank in our pile of ballots. We also had many absentee ballots. After I came back from a break I found that the Jill Stein, Gary Johnson and Darrell Castle votes had been counted. I received the totals for these from Sandee, who had them recorded on her form she was filling out. The totals our table counted were 383 for Clinton, 518 for Trump, 33 for Johnson, 9 for Stein and 3 for Darrell Castle. 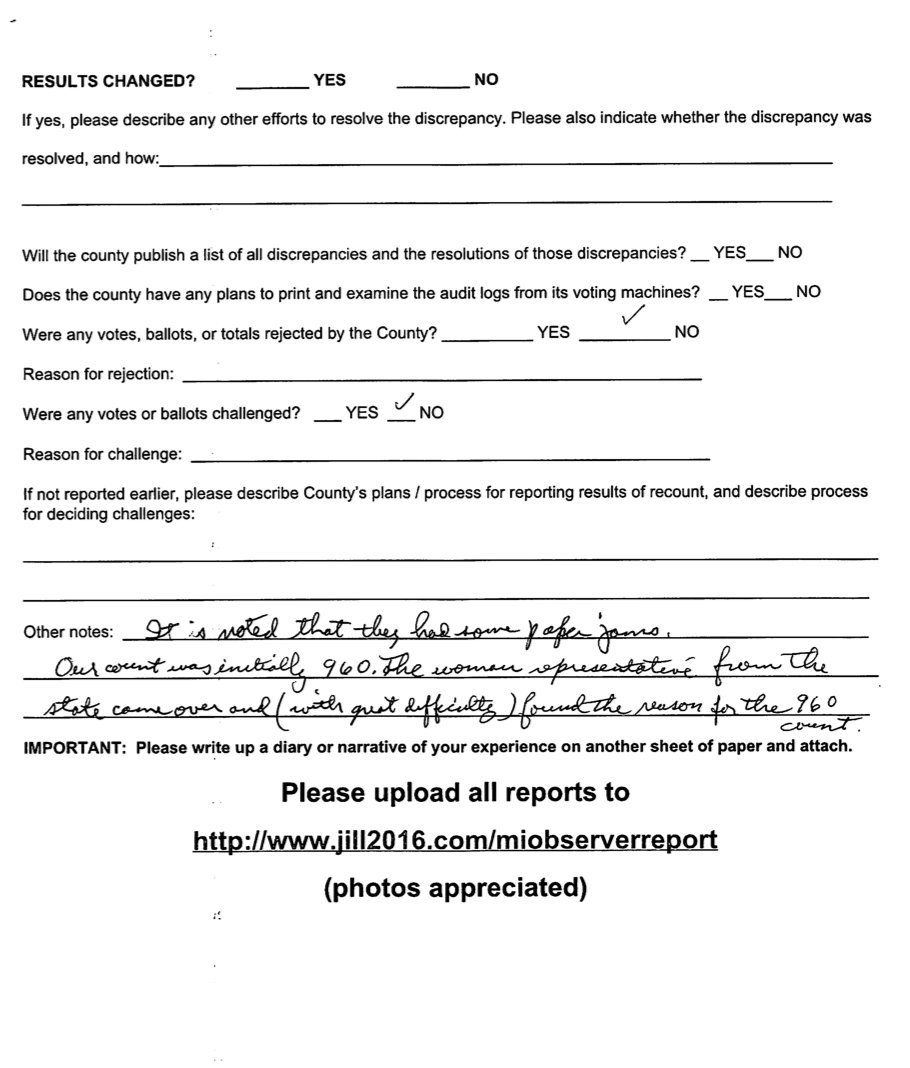