The clerks and tabulators were amazingly organized, polite and professional. Everything was sorted, marked, and counted twice per pile (without telling the second counter what number the first counter came to). In the first 5 wards of Waunakee, only three absentee or provisional ballots were rejected. One was a provisional ballot where the person had not brought proper id to the polls. The lady never returned. Another rejected ballot was an absentee ballot with no witness address. The final rejected ballot was from someone who was not a registered voter and hadn’t filled out a provisional ballot. I did not see who these votes would have been for.

I asked to see several ballots. In the second set, there were additional Clinton and Trump votes added in our count (I understand from another volunteer there were Clinton ones in the count occurring in the other room). We also had an additional Stein vote. The reason for the additional ballots was the same in each case – the person didn’t fill out the bubble next to the candidate they voted for. In the Stein case, someone just circled her name. The other cases were where people didn’t darken a bubble on the scantron, but instead wrote in the name Clinton or Trump in the lines designated for the “write-ins.” At the end of the count of five of the wards, there were 25 votes for unregistered write ins counted (I.E. people who didn’t register to run for president) and 12 “no votes” for president. I would like to point out that some of these “no votes” HAD votes, but the person had darkened very obviously two bubbles, such as Clinton and Stein, and thus it was considered a no vote ballot.

In the second set, there were three absentee ballots that had no witness on them, however, all three had been witnessed by the clerk in the clerk of court’s office. The clerk simply forgot to sign their own name. In all three cases, these were admitted as it was clerk error and not the voter’s error. There were also a small amount “eaten” or shredded by the scantron machines, and these were counted as well, put on new ballots while witnesses watched, and the scraps kept in a bag in case anyone needed to verify it. This was done correctly as far as I could see. After seeing how a hand count can rectify ballot problems, I no longer feel comfortable with scan train voting. I would like to note that although the Clinton and green campaigns respected the "two observers only beyond the red line" rule, trump supporters did not, and usually had three to five observers beyond the ropes. 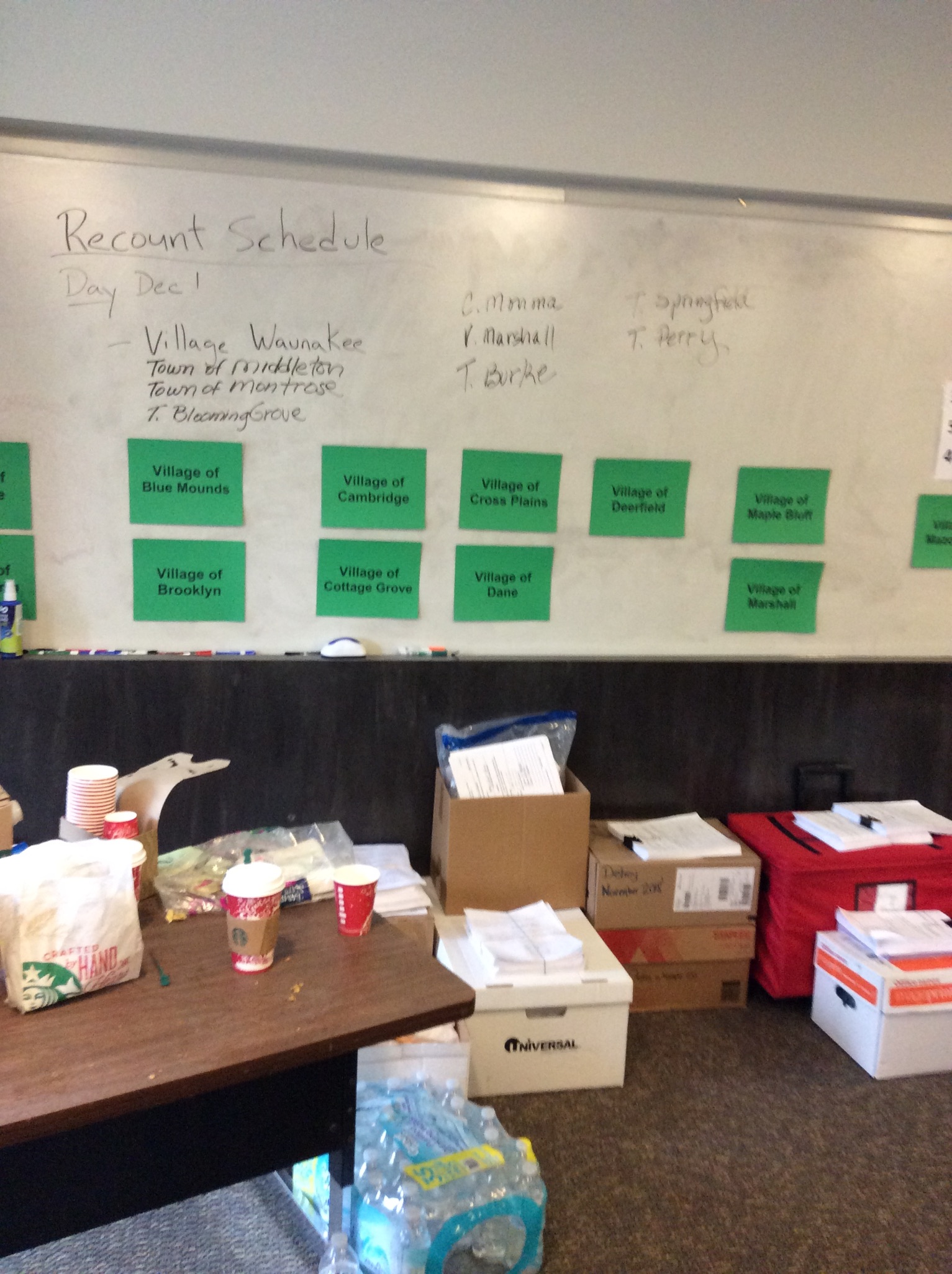 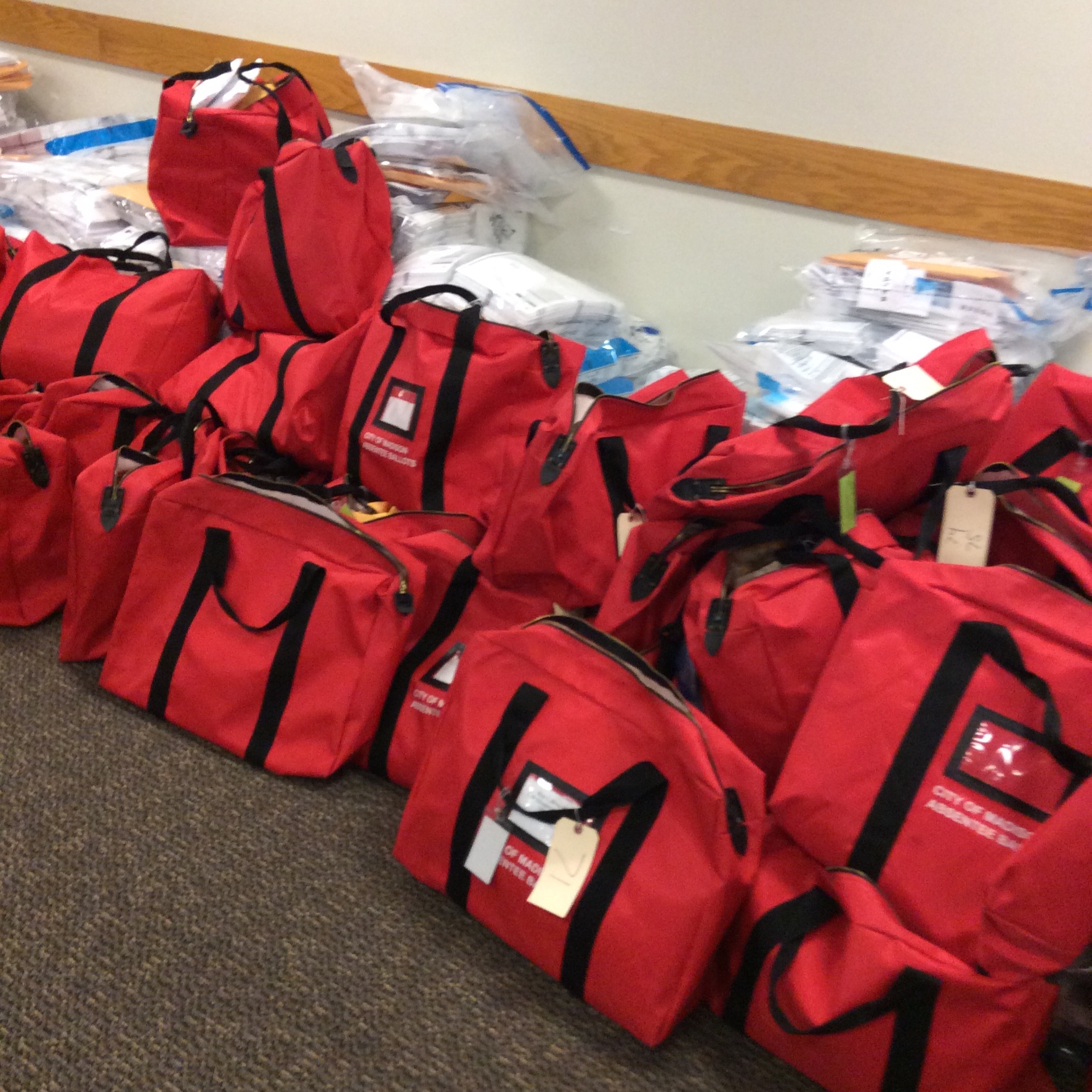 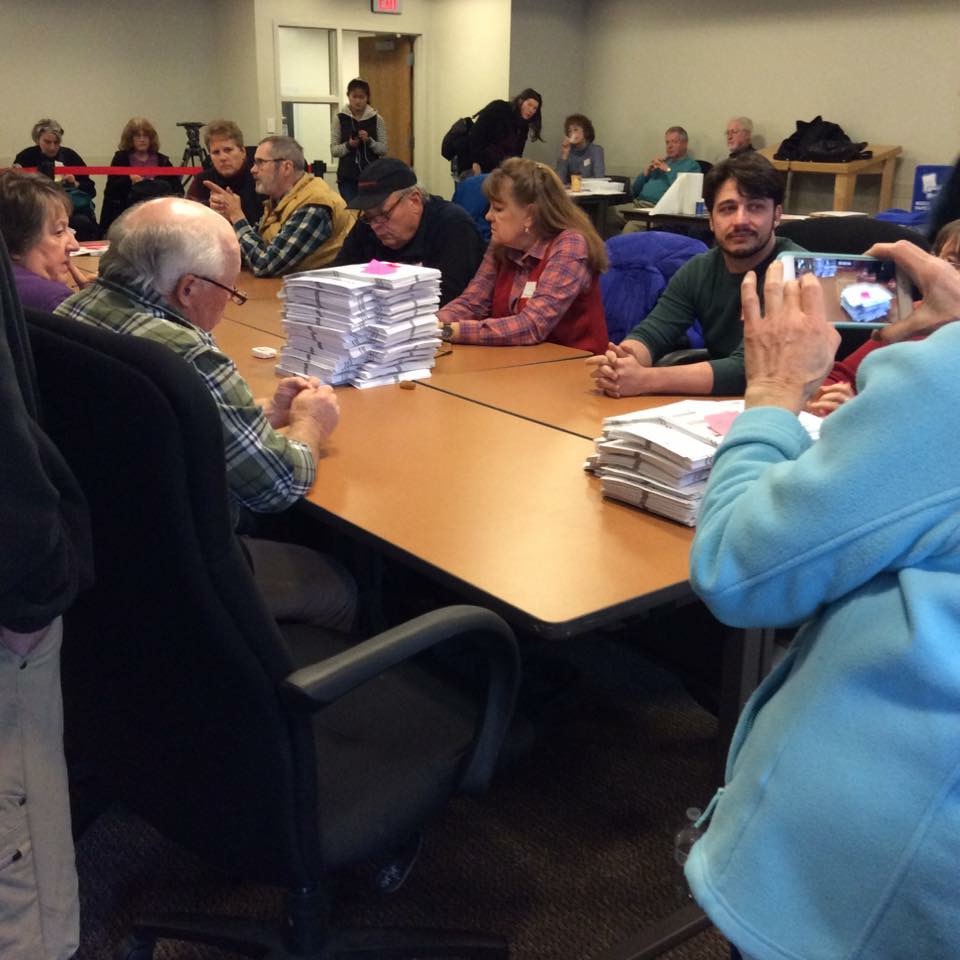