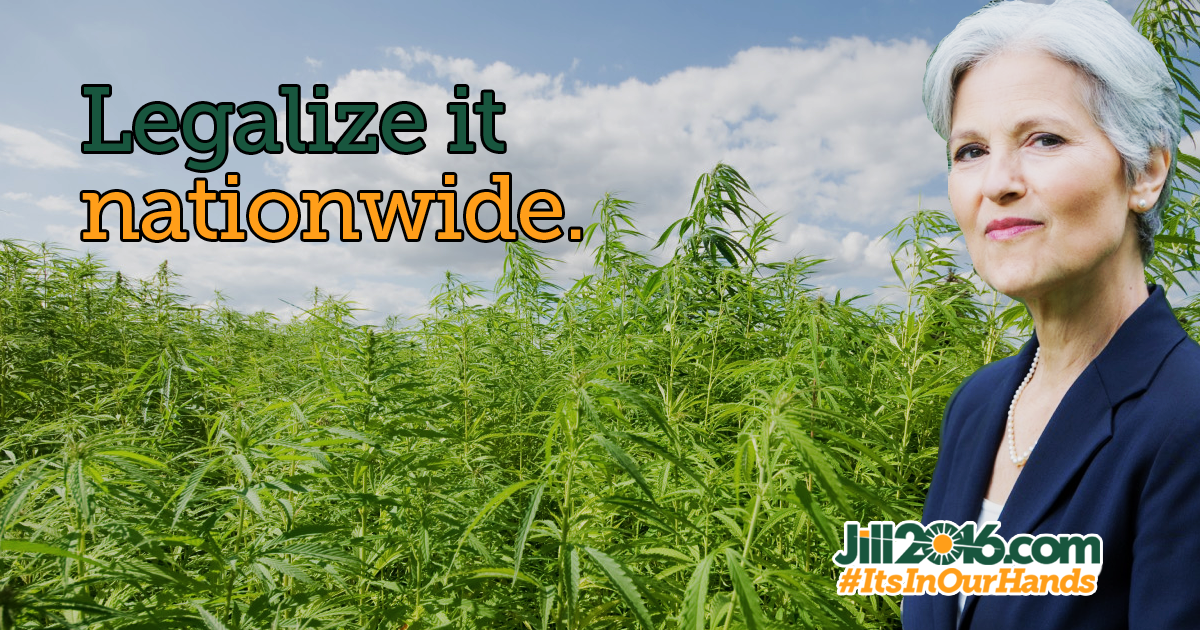 As a medical doctor and public health advocate, people ask me all the time if marijuana is dangerous.

Yes, marijuana is dangerous - because it’s illegal. It’s not inherently dangerous. It’s certainly less harmful than alcohol and tobacco, which are perfectly legal.

The real danger of marijuana is the violence of the underground drug economy created by prohibition.

Legalizing marijuana will end that violence, much like ending alcohol prohibition ended the violence of the illegal alcohol economy.

As President, one of my first actions would be to order the DEA and the Justice Department to cease and desist all attempts to harass or prosecute medical marijuana clinics or other legitimate marijuana-related businesses that are operating under state laws.

I would also direct DEA to remove marijuana from Schedule 1, the most dangerous category of drugs, and place it in a more appropriate category as determined by medical science.

And hundreds of thousands of patients suffering from chronic pain and cancers are benefiting from the availability of medical marijuana under state laws.

Like Colorado, we can regulate marijuana in a similar way to alcohol once it’s legal.

This would prevent billions of dollars in profits from pouring into the black market, and would greatly reduce the violence associated with illegal marijuana sales, including the drug wars ravaging Mexico and Central America.

It just makes sense. Help me build the movement for legalization - sign and share my call to legalize marijuana nationwide today!

Make no mistake, ending marijuana prohibition would be a huge win for freedom and social justice, and a major step towards the just, Green future we deserve.