1) Delafield 1,2,5,6 while counting the ballots there was pile in question, it contained following count

Tabulator could not explain the count. Reflected by first two photos

The counts were miscalculated by 6, it was resolved by removing the rejected ballots and then removing 4 random ballots (2 Tramp & 2 Clinton), but then it looked like they drew more then needed.

2) Town of Lisbon W 1,6
Two different ballots were not separated and webt through the same machine. They were accepted with the argument that they only were different by one referendum question. But it is enough difference to trigger any existing on machine malware, that would not present itself otherwise.

3) Town of Lisbon W3
11 envelopes in question accepted. Those envelopes did not have right top signature, but were addressed from Town hall, so the were accepted as possible early vote

Also, the number of votes was corrected several times on the inspector sheet, photo 3 & 4

4) Town of Lisbon, W 4,5
4 absentees rejected, one of them "changed their mind and voted in person" per county official - this was not checked and rejection accepted

5) Town of Lisbon W1
Several absentee ballots in the pack taken from regular votes envelope. Those ballots were flat, not folded like absentees

6) Machines 2 & 8 were switched on the floor. Reason was given machine 2 will be used in place of machine 8 to count ballots. When I asked if machine 8 is not working I was told "it is working, just not used" the serial number of machine 8 is #DS0315380301 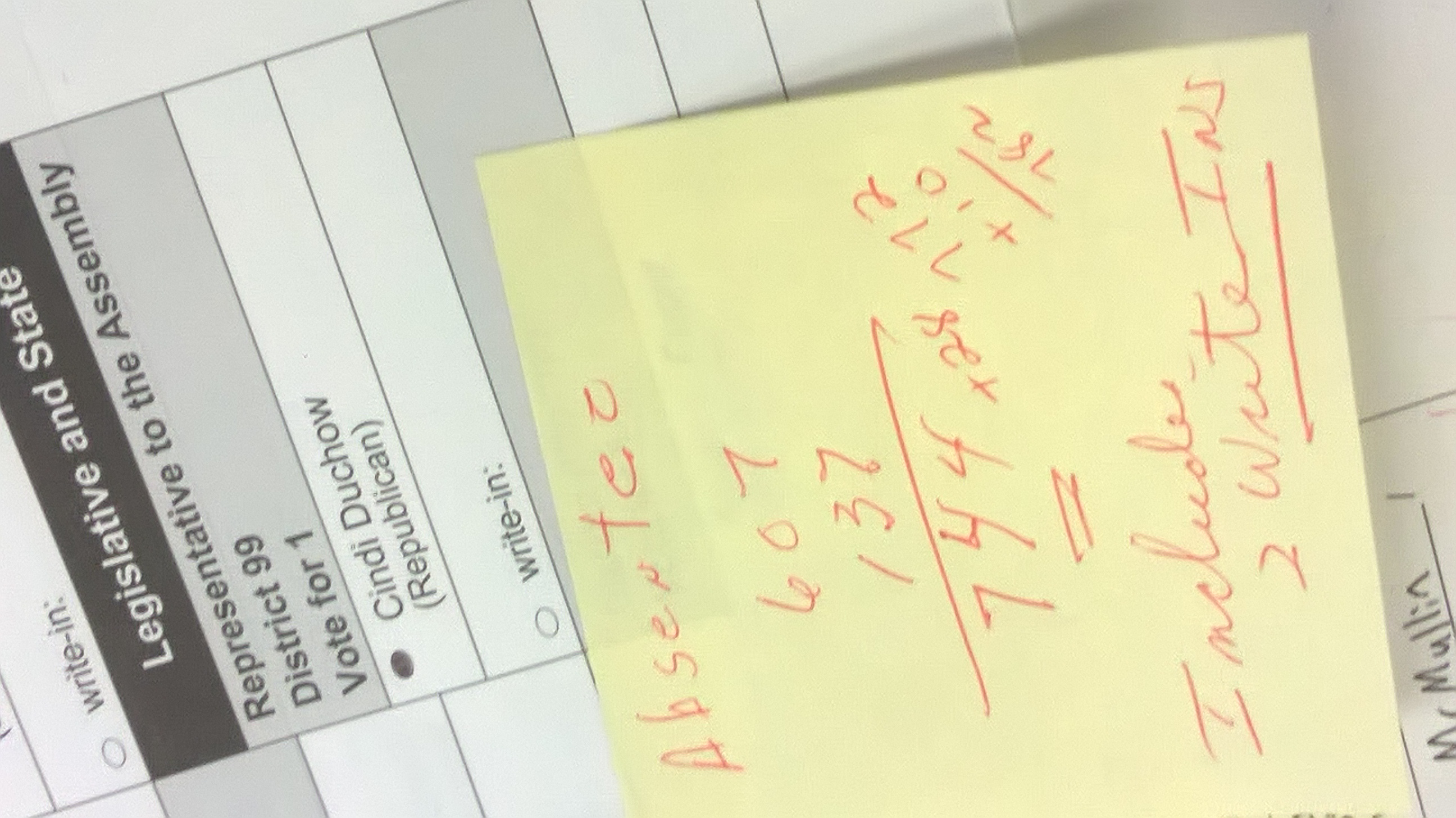 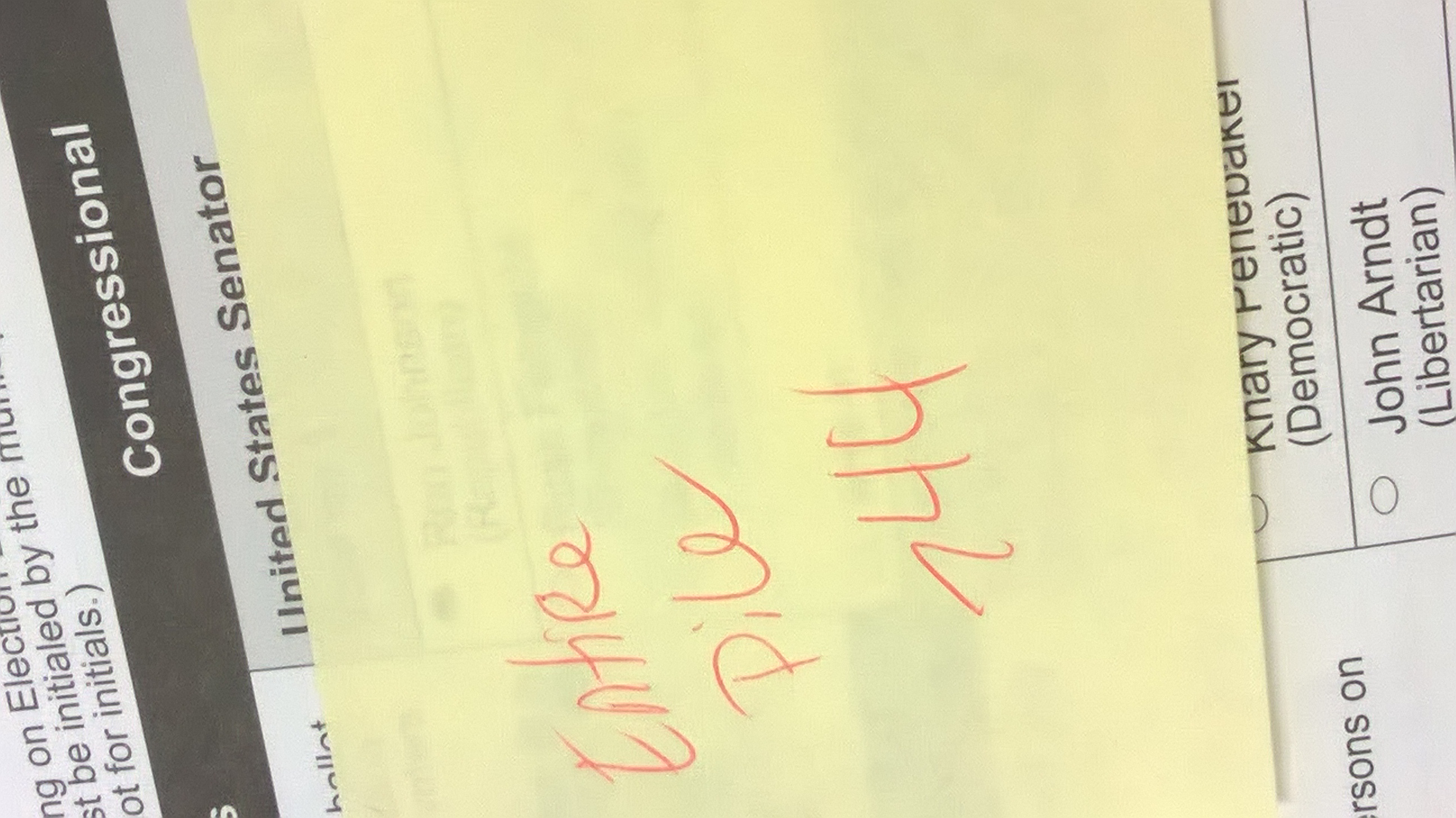 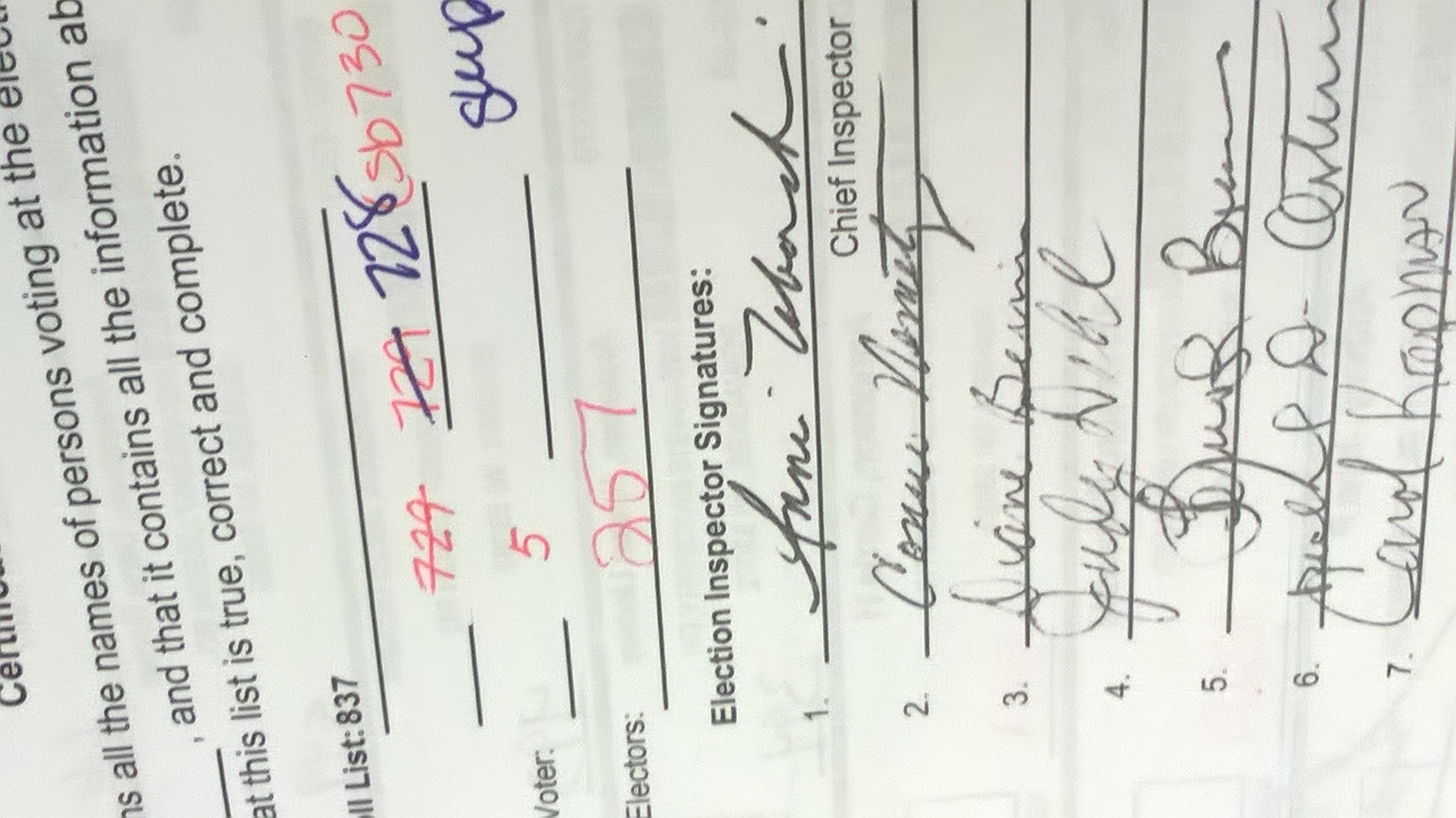 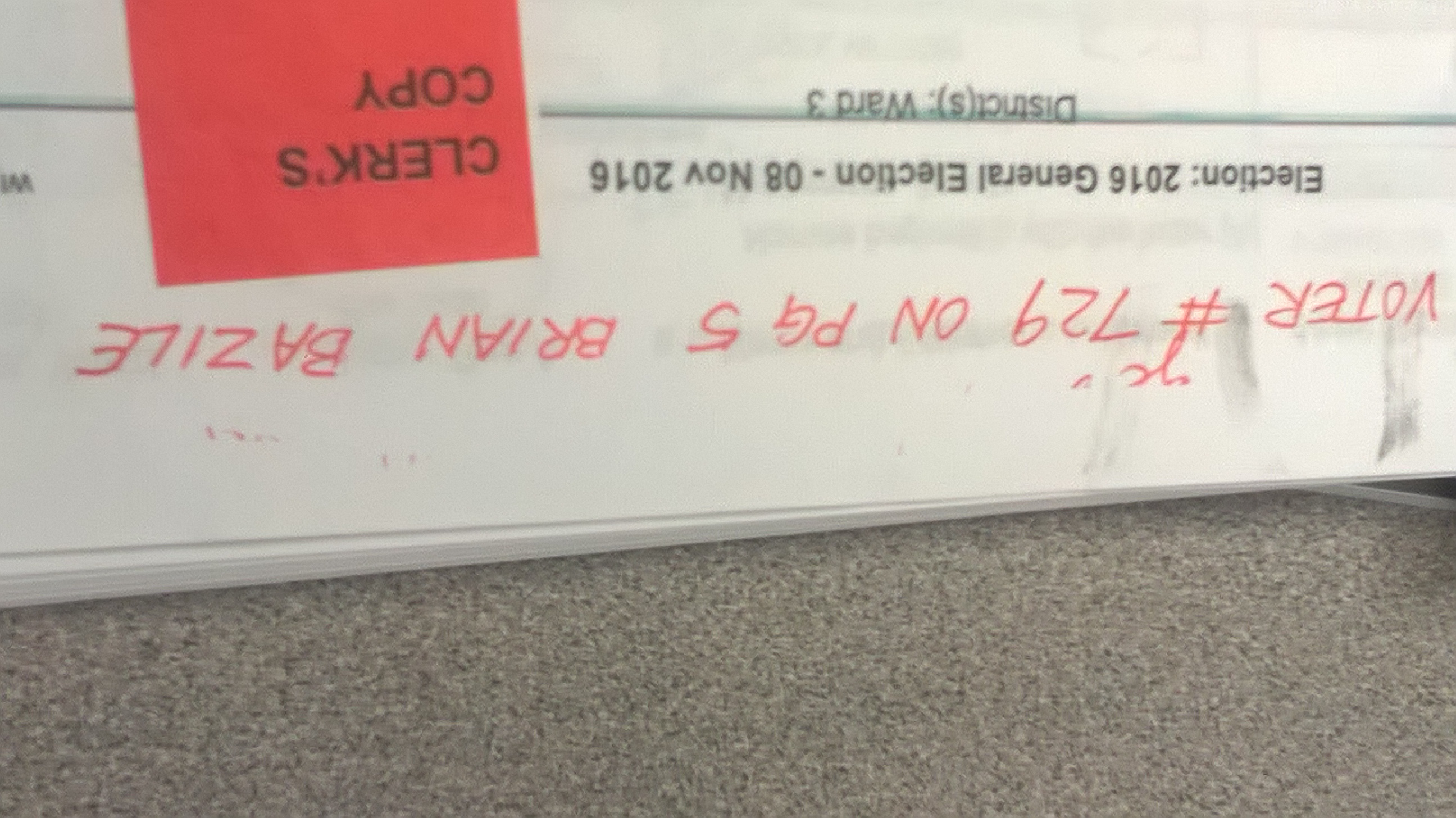