I was requested to go ahead with this report by a Lawyer from the Jill Campaign.

2 observers including myself reported on the seals that had been tampered with. I noticed some irregular things and pursued to figure out what all this meant. I called a local news station, that was very happy to help observe the seals. They did a report on it which can be found here. www.fox9.com/news/221518020-story

After this report the reporter did NOT give up and was very willing to help us address some of our concerns and questions. One being how many machines were given to this county for the recount, as we noticed on Sunday a machine with damage and a yellow sticker covering a white one had been placed, that was never there prior. I myself have all machines video taped showing the white stickers on All the machines on Saturday. Also another person said they never seen a yellow sticker from her observations Thursday or Saturday. The reporter stated they only had 9 machines total for this recount. I also confirmed this at the County Clerk office in which they stated no machines were swapped out. So between Saturday after the recount and before Sunday morning there was a yellow sticker put on one of the machines, and according to a amended affidavit signed on 12/5/2016 The last Service to any of these machines was on 11/16/2016. So no service was done during the recount. Where did the yellow sticker come from? None of the last 4 of the serial numbers add up to the one machine he does state he put a yellow sticker on with the last 4 being 0216 placed Dec 28th 2015. The WI Elections Commissions put out a report about the stickers, but something was missing. Attached is the report.

The issue with this statement is that it is not adding up to the amended affidavit. It stated these machines were opened and the seals were broke when they bought them to install modems. His report says there was several maintenance orders for the machines in question. Yet he states the ONLY time he ever replaced a sticker was with that yellow one that still did not add up to any of the machines at this location. No other one over the years he serviced, has he actually fixed the seals. Now that this mystery Yellow Sticker showing up on 12/4/2016 is a serious concern. The amended affidavit was signed 12/5/2016. This warrants many questions about why this was not reported and where the sticker came from?Attached is the WI Elections Commissions initial report, along with the amended affidavit,also a copy of the last 4 numbers of each of the machines on Saturday that were recorded. For for verification there were only 9 machines used, you may contact the news reporter who helped us with this story, or the County Clerk in St. Croix County. I do hope someone can figure out what is going on. I will attach also a photo of the Yellow Mystery Sticker with the damaged machine. If you need further proof all 9 machines had white stickers applied when I recorded them on 12/3/2016 you may contact me for my video.I do also have a recording of all 9 machines on Sunday showing the Yellow Sticker as well. Either this machine was swapped, in which a paper trail would need to be done, and try to have this machine inspected to see if the damage matches up and the number of the one he did put a yellow sticker on, or it was worked on during the recount and not reported under oath in the statement by the maintenance tech. I did follow up with Someone from St. Croix county as the machines are still at the location to see if they will allow me to inspect the yellow tagged machine as it is still here in the location. I am still awaiting a response. Either way this needs to be addressed and followed up on. 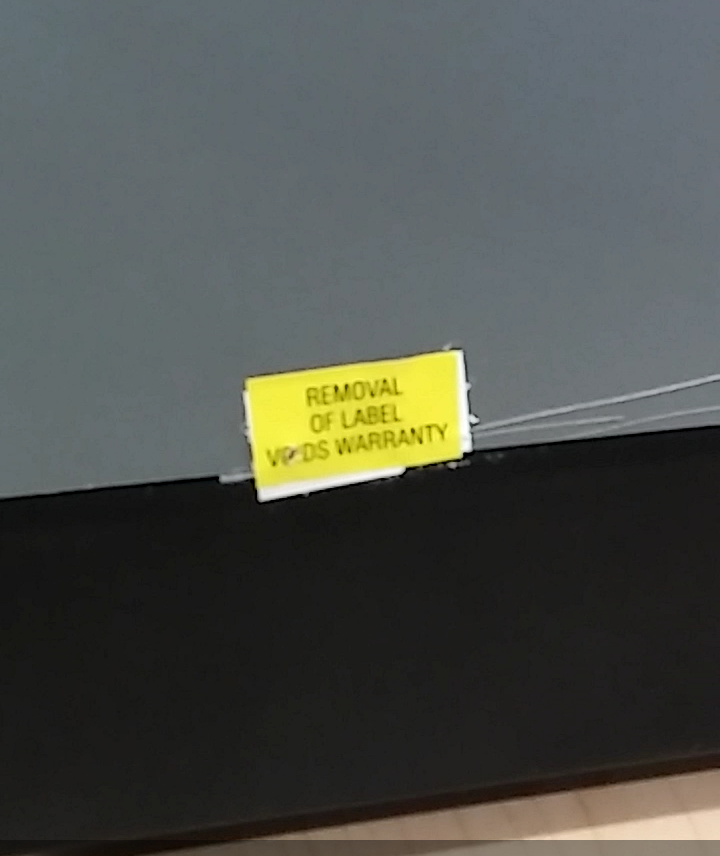 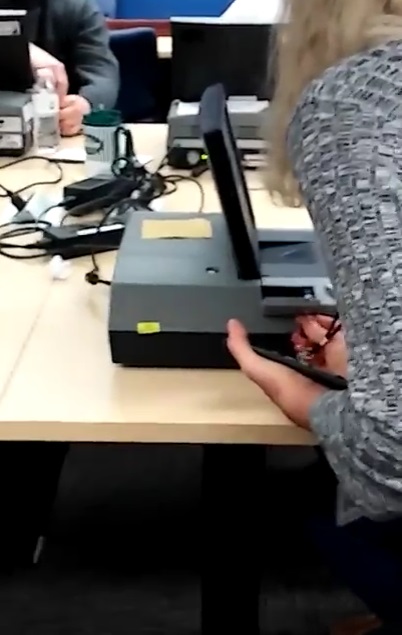