Town of Waterloo, Town of Concord and Town of Palmyra

Total votes for Hillary Clinton went up by 2

Total votes for Donald Trump went down by 1

For Town of Concord –

No observations for 2 other municipalities.

One of the people counting at the table had a black pen and all others had red.  I took a picture.  I did not observe him using it for anything other than writing down vote totals but just wanted to note it.

Clerk, Barbara, was friendly and transparent.  No issues. 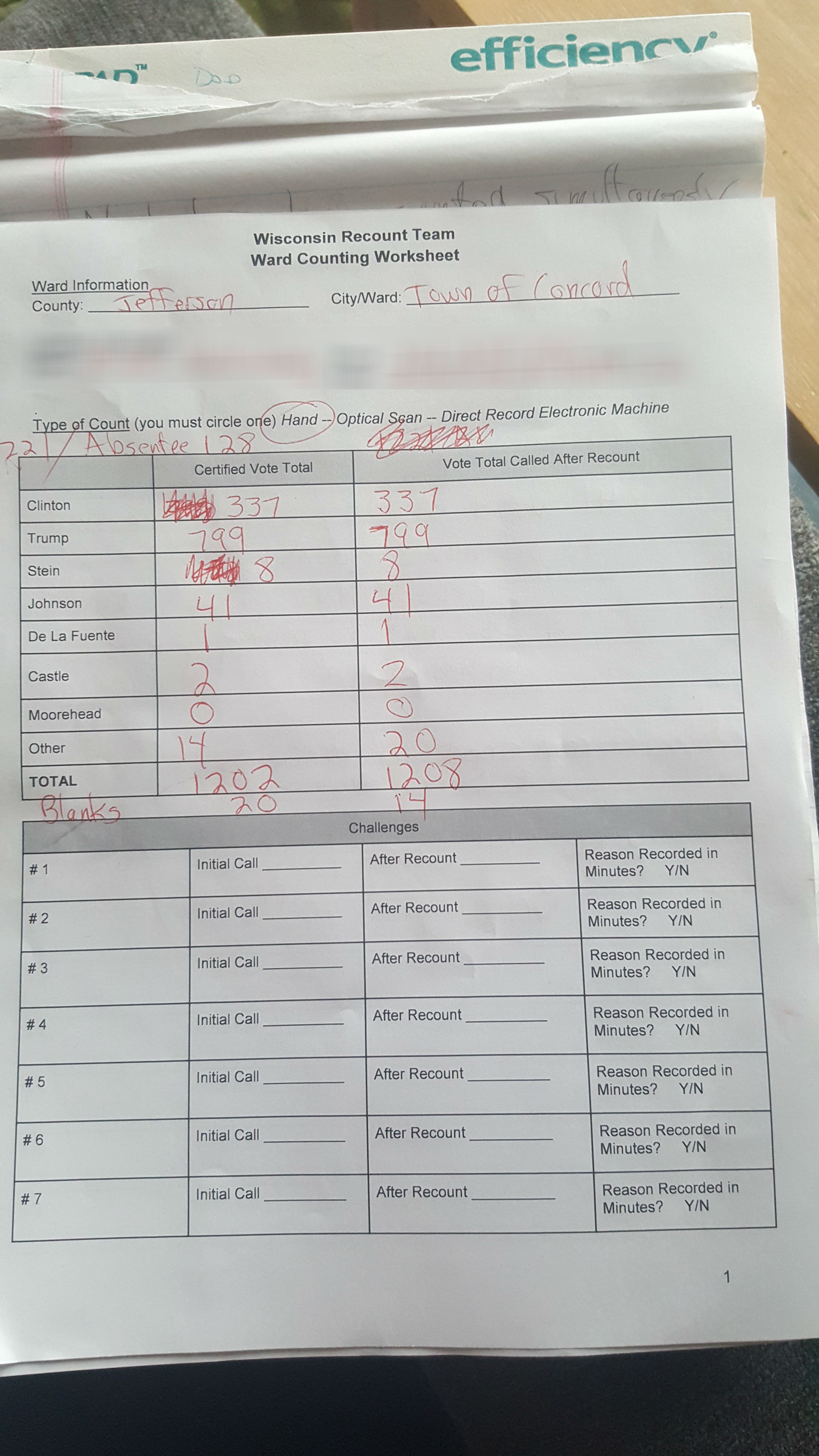 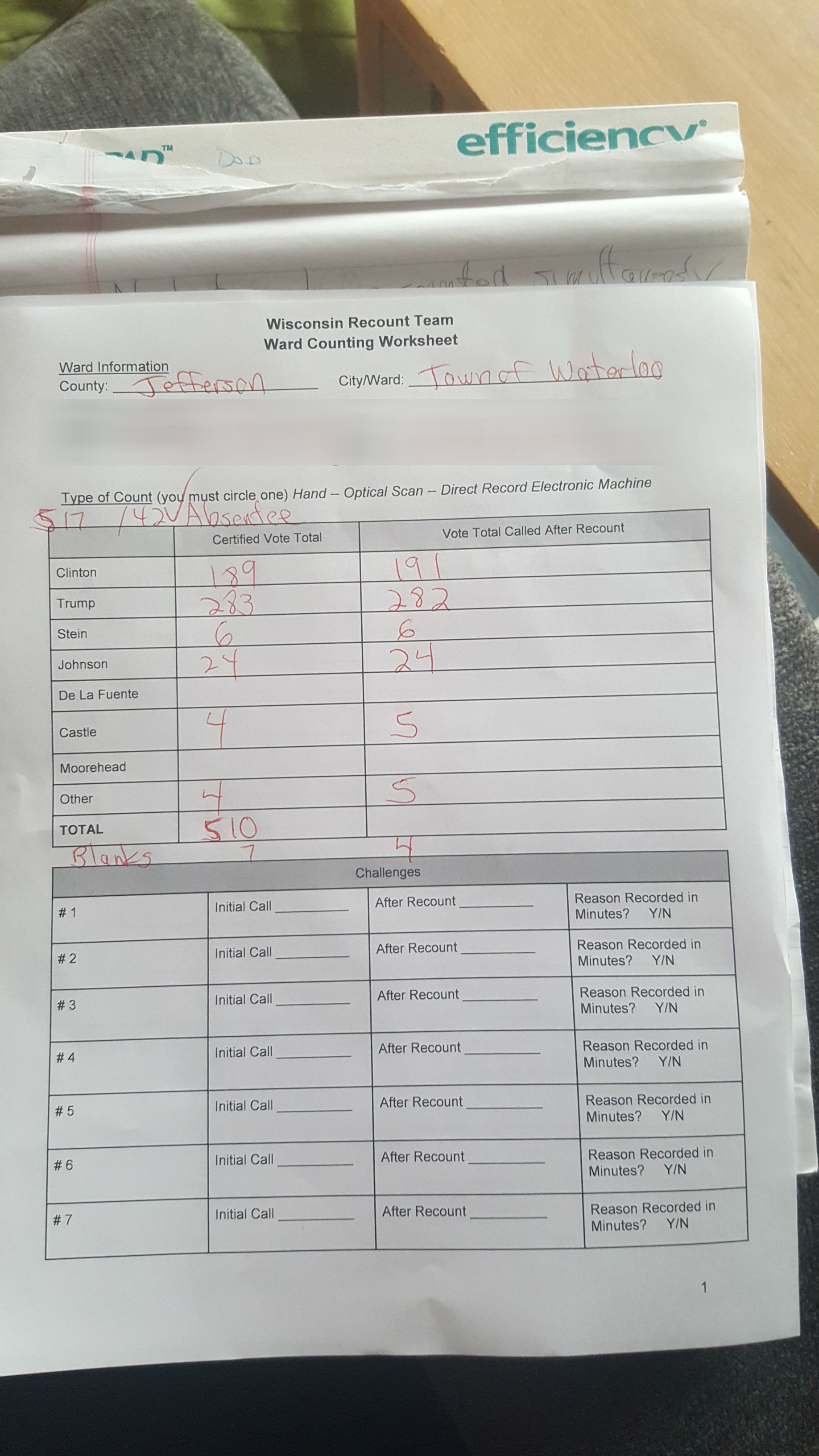 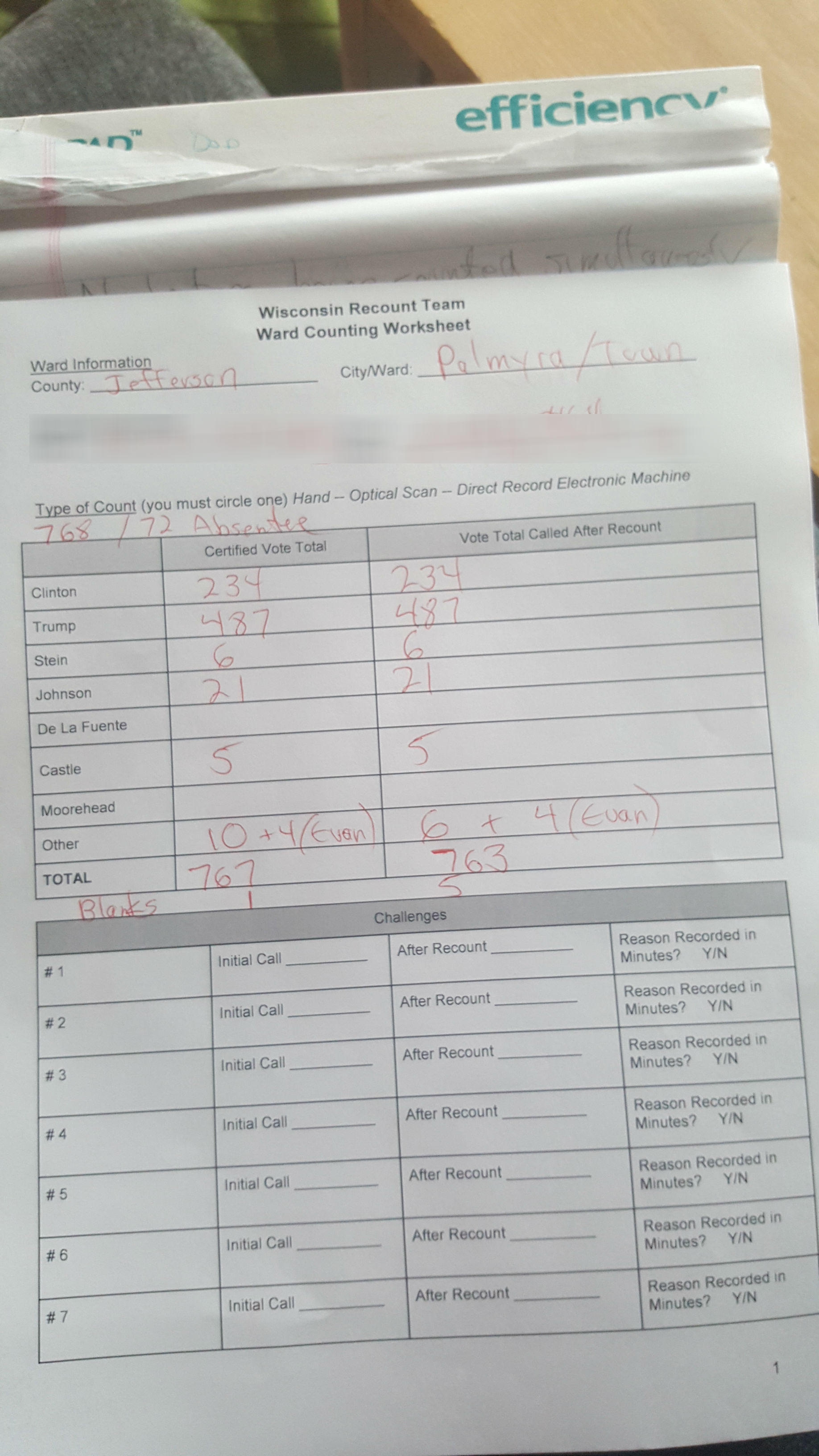