THE GREEN PARTY IS THE ANSWER
AND OUR VICTORIES ARE GROWING

And that’s likely the reason our party membership is growing like wildfire.

Our victories are growing, too - including victories in this past election. There were over 1.2 million votes for the Green Party ticket of Stein/Baraka nationwide. Then also, both Maine and Benton County, Oregon both adopted measures approving ranked-choice voting.

We're proud of that record.

Greens were also elected at the local level! We elected 3 in Minnesota, 5 in Michigan, and 10 to 13 in California, and 1 in Florida.

But our victories haven’t been isolated to just this election. They’ve been happening all along. 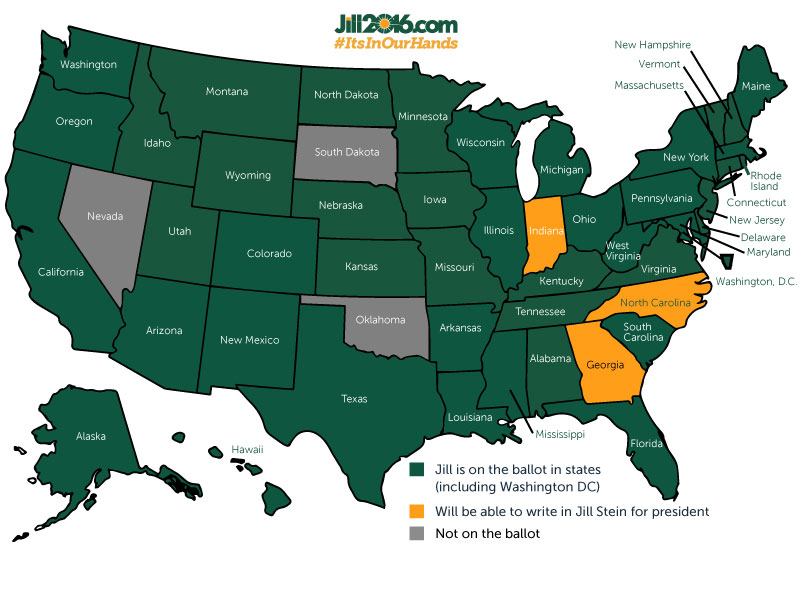 When Jill announced her run for President early in 2015, announcing so early gave us enough lead time to fight the ballot access battles and build a winning campaign team as well!

Speaking of ballot access, this year the national electorate was able to vote for Jill and Ajamu in 48 states (45 plus 3 write-ins). No other Green Party candidate in history - including Ralph Nader in 1996 and 2000, was on that many ballots! It was absolutely unprecedented.

Our campaign also qualified for federal matching funds in March of 2016 which was another victory - because thousands of supporters all over the nation pitched in to make it a reality. Until Aug. 8, every dollar was matched 1:1 by federal funds for our campaign. This meant hundreds of thousands in desperately needed campaign funds.On Aug. 1st, when Jill asked Ajamu Baraka to be her Vice-Presidential running mate, our campaign was overjoyed. As an internationally recognized human rights activist, organizer and geopolitical analyst, Ajamu was a huge asset to our campaign.

And after the Green Party convention in Houston, we were absolutely swamped with press. And some of that coverage has been historic.

Highlights included our CNN Town Hall - the first time Jill and Ajamu were on primetime - as well as the first debate livestream when we made history and inserted Jill’s answers during the debate in between the non-answers of the establishment candidates. We reached over 26 million people - the biggest audience for an alternative party candidate since Ross Perot was included in the debates in 1992! 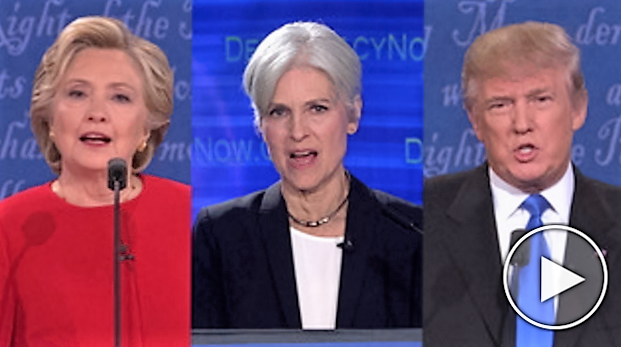 And then there was also the history-making PBS forum/debate with Gary Johnson - it was the first third-party forum on a major broadcast channel - ever.

Overall, the Green Party has had many victories!

And we plan to continue this great momentum. Green Party activists are hitting the ground running by organizing and calling for actions against harmful policies, as well as for much needed reforms to the political system.

Will you help us today by continuing to lend your financial support?

Will you stand with us and help this campaign end debt-free? We thank you for being the engine of this revolution.

Our movement is growing - this is the beginning, not the end. Greens are organizing! Will you continue onward and upward with us? There is much to be thankful for and much more to be done …

And it’s in our hands.