Here are some great photos of Jill from the COP21 climate change summit in Paris and the RT 10th anniversary gala in Moscow in December. 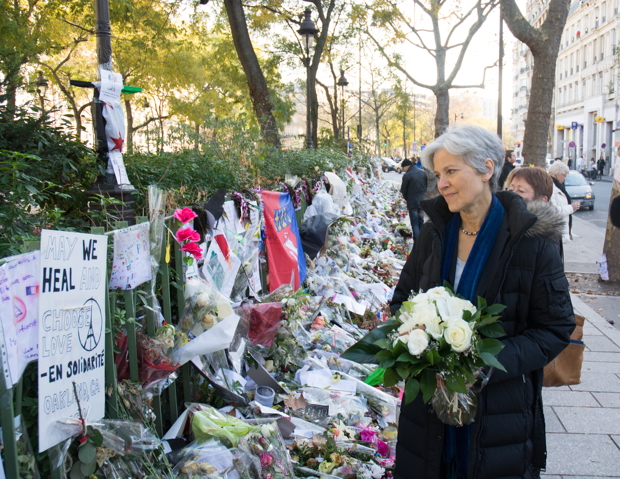 Jill Stein experiences a somber moment as she brings flowers to the the Bataclan concert hall in Paris where gunmen opened fire on concert goers on November 13.

"Acts such as this run counter to our every value as a civilized people" Stein said. "We must redouble our efforts to stop the descent into violence and to empower forces of peace and understanding that will ultimately triumph over terrorism." 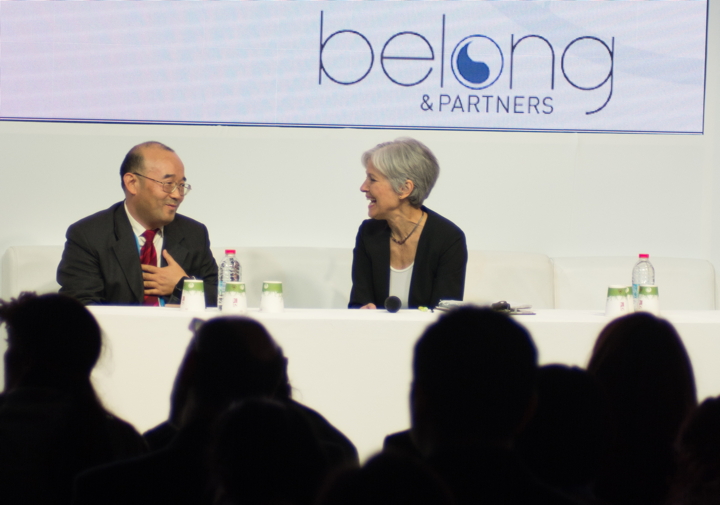 Jill Stein talks to China's special envoy on climate change,  Xie Zhenhua, at the UN Climate conference in Paris.  The two were panelists at the Belong Forum on sustainability which was held in conjunction with the UN meeting.

Presidential candidate Jill Stein (center) met with representatives of indigenous people who gathered in Paris to plead for action on climate change.

"The very survival of indigenous societies depends on moving away from fossil fuels and keeping global temperature rise to less than 1.5 degrees centigrade" Stein said.  "We have to make sure the voices of these peoples are being heard within COP21 so that the current inadequate pledges can be strengthened." 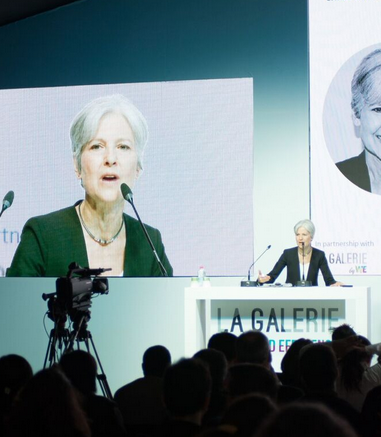 Jill Stein speaks at the Belong Forum which was held December 4 in Paris in conjunction with the COP21 climate conference.  Stein called for "transformational solutions" that would end the world's addiction to fossil fuels,  result in enormous savings in health care,  and provide millions of green jobs. 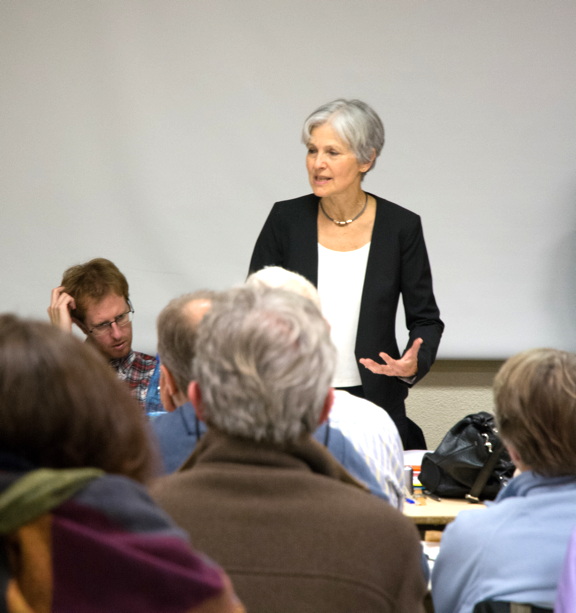 While in Paris for the UN climate conference,  Jill spoke to representatives of citizen groups who had gathered to press for more decisive action from the nations of the world. 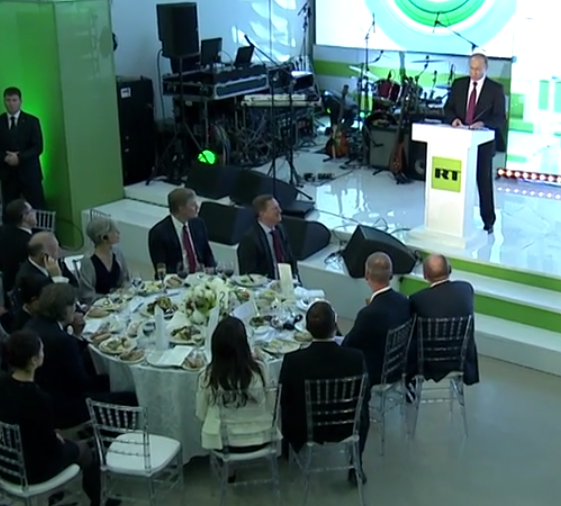 While in Moscow, Jill Stein met Russian President Vladimir Putin who spoke at a dinner held for attendees at the Moscow forum organized by the RT news network. 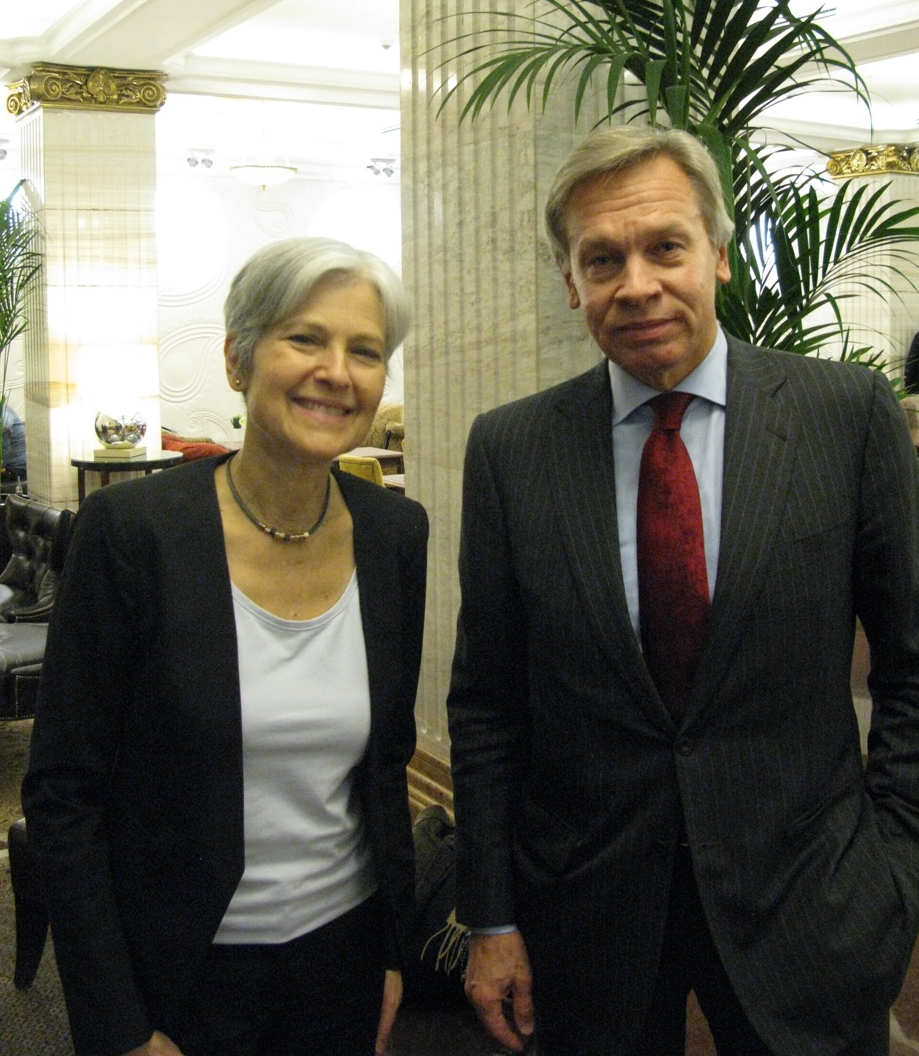 While in Moscow,  Jill Stein met with Aleksey Pushkov, head of the foreign-affairs committee in the State Duma, the lower house of the Russian parliament.

"This was a great opportunity to lay out some of my foreign policy proposals and get Russian reactions to them.  After this meeting I am more sure than ever that the ideas I'm bringing into the presidential race will allow the US and Russia to work together to address problems that would otherwise be intractable."