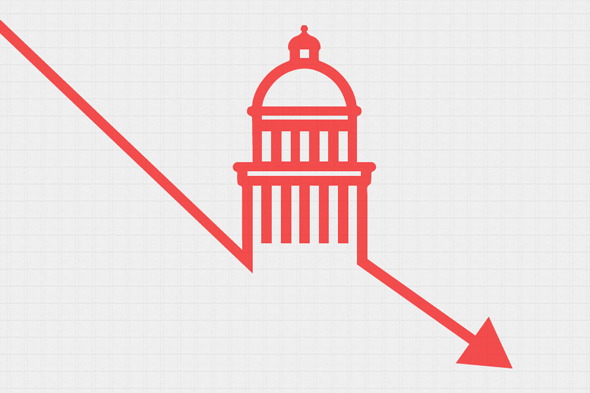 Editor’s note: Meleiza Figueroa is the press director for the Jill Stein-Ajamu Baraka campaign and a Ph.D. candidate at the University of California, Berkeley. She is a longtime activist and organizer in California.

Corporate media are focused on Donald Trump’s accusations of “oversampling” on the part of Democrats against Republicans. He’s half right, because polls do oversample declared Democrats by up to 14 percent in polls that compose the RealClearPolitics average.

The deeper story is that mainstream polls skew against youth and independents, who are undersampled in most polls up to a whopping 30 percent. A recent CNN poll sampled few people under the age of 50. Not one major poll lists alternative-party identification in the breakdown of its sample.

The first problem with sampling involves definitions. Most polls sample “likely voters,” with a bit of expansion to count for a smattering of “registered voters.” So who are “likely voters”? Voters who (1) consistently vote—which automatically excludes people ages 18 to 22, who have no voting history, (2) identify with either of the two major parties and (3) say that they intend to vote in the next election. “Registered voter” polls don’t count first-time voters not yet registered to vote, so forget about the opinions of those college students who are signed up in enthusiastic campus get-out-the-vote drives.

The questions asked in the polls reinforce established, dualistic views of the political spectrum. The presidential-preference questions in polls that deign to include Green Party nominee Jill Stein and Libertarian nominee Gary Johnson don’t ask “Who is the candidate you want to vote for?” or “Which candidate is most aligned with your positions and values?” Nearly all the polls frame the presidential question as “If the election were held tomorrow, who would you vote for?” In a media landscape where we are told—through unbalanced news coverage, controlled debates and ceaseless cultural propaganda, down to the red and blue cups at 7-Eleven stores during election season—that only the Democratic and Republican candidates are considered viable, most people will, of course, hold their noses and vote for the lesser of two evils. It’s telling that the very next follow-up question reads, “If the election were ONLY held between Donald Trump and Hillary Clinton, who would you vote for?” You might as well reword the questions to (1) “Which candidate do you think will win?” and (2) “Which of these two candidates do you hate the least?” Neither of these questions address the issue of who people want to be their next president.

The rest of the questionnaires wipe alternative candidates off the map completely. Third-party candidates are treated as if they don’t exist—while the approval ratings for the two parties in government and Congress as a whole are hovering around historic lows. What we can glean from the polls is that it’s clear people want change, but what kind of change they want is of no concern to the pollsters.

We did get a sample of the earth-shaking hunger for change during the 2016 primaries when the votes for Bernie Sanders turned the polling orthodoxy upside down. The most famous example was Sanders’ 21-point, poll-defying upset in the Michigan primary. The wild cards in this case were—you guessed it—independent and young voters, who turned out in droves in Michigan, Wisconsin, New Hampshire and other open-primary states to deliver a giant middle finger to the establishment candidate.

No one really knows how large the “Bernie or Bust” crowd is, but what we do know is that the floodgates opened during the tragic circus of the Democratic National Convention, and progressive Berniecrats began to burn Green. #Demexit became a trending hashtag on social media, and a recent nationwide survey of Sanders delegates found that 33 percent intend to vote for Stein.

Everywhere the Stein-Baraka campaign goes, we find an ever-growing base of support—not just among former Sanders supporters, but also among those “unlikely” voters who are underrepresented in polls: young people, Independents and people of color. These are all the demographics, when broken out in mainstream polls, that go about 4 percent to 10 percent higher for Stein. These voters compose a potentially game-changing, awakening “sleeping giant” that has the establishment working overtime to impose a media blackout on a third-party alternative.

The corporate media have shown themselves willing to lock out alternative parties. In fact, a recent video of a CNN focus-group taping caught them in the act. When a fair number of participants identified their preferences as Johnson or Stein, the scene was promptly reshot to exclude these choices, portraying these voters as “undecided.”

In this election year—when the largest voting block of registered voters are independents, and many people (especially millennials, lower-income voters and people of color) are fed up with the two-party system—the means of taking a temperature check on the state of our democracy denies a voice to those who choose to reject the establishment duopoly. Only 9 percent of Americans chose Clinton and Trump to be the major-party nominees, which puts a whole lot of people in a big margin of error.

A voter revolt could be happening right under our noses, but the establishment and their pollster apparatchiks don’t want you to notice. They want to maintain the illusion that voters are stuck with only two choices, a trap that the majority of Americans who want another major party are trying to escape.