Get Jill in the Polls! 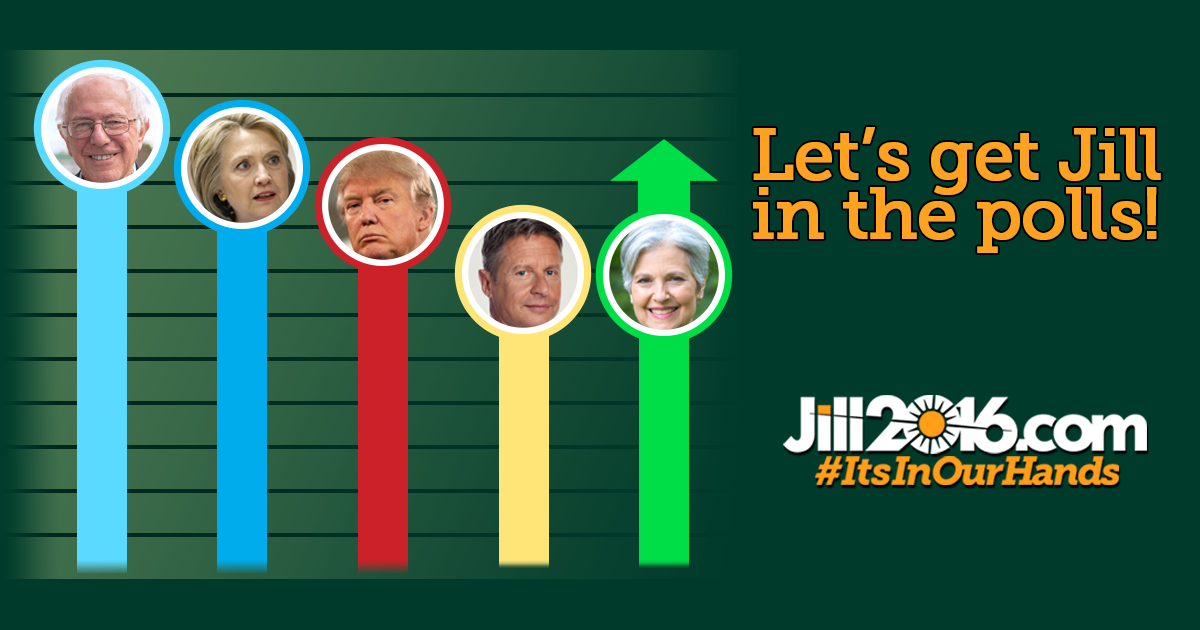 With polls showing a majority of Americans want an alternative to Clinton/Trump, there’s no way to justify not including Jill Stein in presidential polls.

We need your help to make sure the pollsters get that message loud and clear.

Sign the petition to tell pollsters to include the Jill Stein for President campaign in national polls!

There are many reasons why Jill Stein should be included in polls. Her campaign is surging from strength to strength:

Millions of people are looking for something better than what the establishment parties are offering.

In fact, a 2015 Gallup Poll found that an incredible 60% of Americans agree that the Democratic and Republican parties do such a poor job representing the American people that a new major party is needed.

On top of that, a May 18th Data Targeting poll found that 55% of Americans want an independent candidate to run against Clinton and Trump - including an amazing 91% of voters under 29.

With the majority of Americans searching for an alternative to Clinton/Trump, there’s no way to justify not including Jill Stein in polls.

Sign and share the petition to include the Jill Stein for President campaign in national polls today!