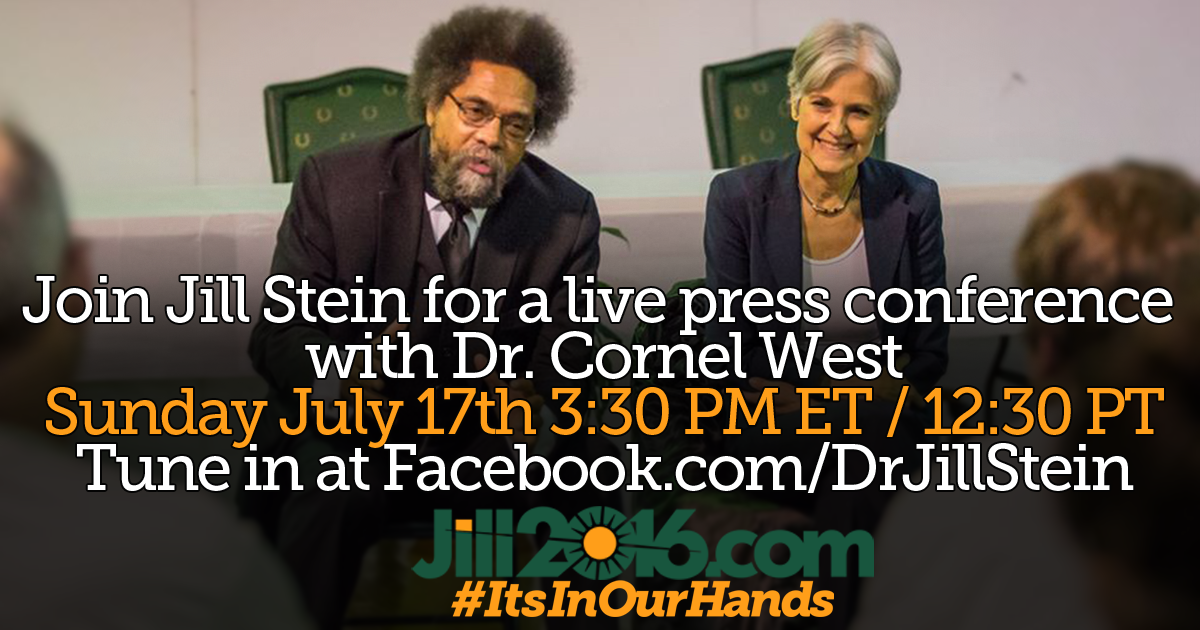 Dr. Stein welcomes Dr. West’s support for her campaign, which he publicly expressed in a recent op-ed for the Guardian entitled “Obama Has Failed Victims of Racism and Police Brutality.” Dr. West was previously appointed by Bernie Sanders to serve on the DNC Platform Committee, but had abstained from the final vote citing “moral failures” in the official Democratic Party platform.

This event will also be live-streamed on Dr. Stein's Facebook page: https://www.facebook.com/drjillstein/