ACTION ALERT
JOIN US AND CONTINUE TO RESIST “EMPIRE”

As progressives, we are all still in shock and disbelief from Tuesday night’s election returns. The Stein/Baraka campaign stands in solidarity with you in your grief. We stand with you in your mourning.

And we will stand AGAINST the rise of right-wing extremism in our nation.

Yesterday, Jill had this to say:

“We stand in solidarity with the communities that have suffered from harassment, voter suppression, and now the trauma of a Donald Trump victory and what it represents. The only answer to right-wing extremism is to build alternative power; a principled and strong movement that expresses and agitates for the needs of the American people.”

“Don’t mourn - ORGANIZE. We do not consent to Donald Trump and right-wing rule, and we do not consent to the establishment of corporate rule that got us here. Principled liberals and principled conservatives were shut out of this terrible election. The Green Party is prepared to be an instrument for popular power, and a new politics of integrity that must rise up and replace this rotten two-party system.”

According to polls in the New York Times, fully 80% of voters in America have been “repulsed” by this election. And with good reason. 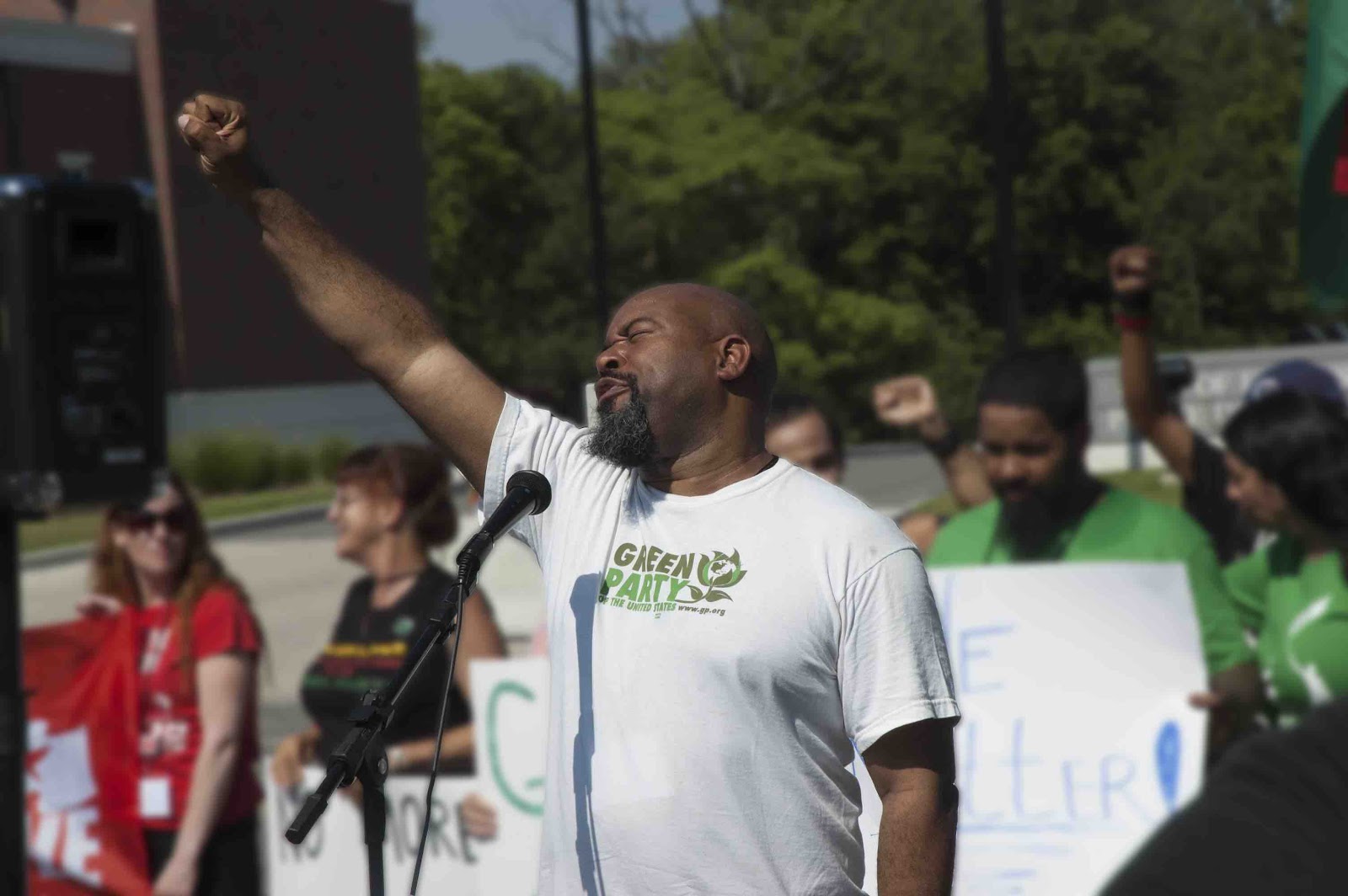 Not only did the powers-that-be sabotage Bernie Sanders but thanks to Wikileaks, we know that they actively worked with corporate media to elevate Donald Trump as a “Pied Piper Candidate” to encourage the most extreme elements of the Republican party.

“Despicable” seems to be too generous a word for these actions.

As the Green Party, we are the political arm of this ongoing peaceful, revolutionary, social movement. Our democracy demands we fight on in defense of our values. Fighting for what is right is always worth it - and there is much more work to do.

Green Party activists are hitting the ground running by organizing and calling for actions against harmful policies, as well as for much needed reforms to the political system.

We are calling immediately for direct actions against the passage of the Trans-Pacific Partnership in the lame duck session, for which we expect Donald Trump to come out in full support. We already have plans in place to mobilize against it!

We’re also co-organizing for “Occupy the Inauguration” demonstrations on January 20 and 21 (the anniversary of Citizens United).

Will you stand with us and help this campaign end debt-free?

We thank you for being the engine of this revolution and we are with you on this team. We will continue to carry on.

More than one million people stood up for what they knew was right and voted for the Green Party. That’s three times more votes than Jill garnered in her 2012 run.

Our movement is growing - this is the beginning, not the end. We will not mourn forever -  we will organize.

Will you continue onward and upward with us?

There is much to be done and…it’s in our hands.