Political comedy show Full Frontal with Samantha Bee recently covered Gary Johnson and the Libertarian Party at their national convention, presenting Johnson as an alternative to Clinton and Trump.

Sign the petition to ask Samantha Bee to interview Jill Stein and cover the Green Party convention in Houston this August! 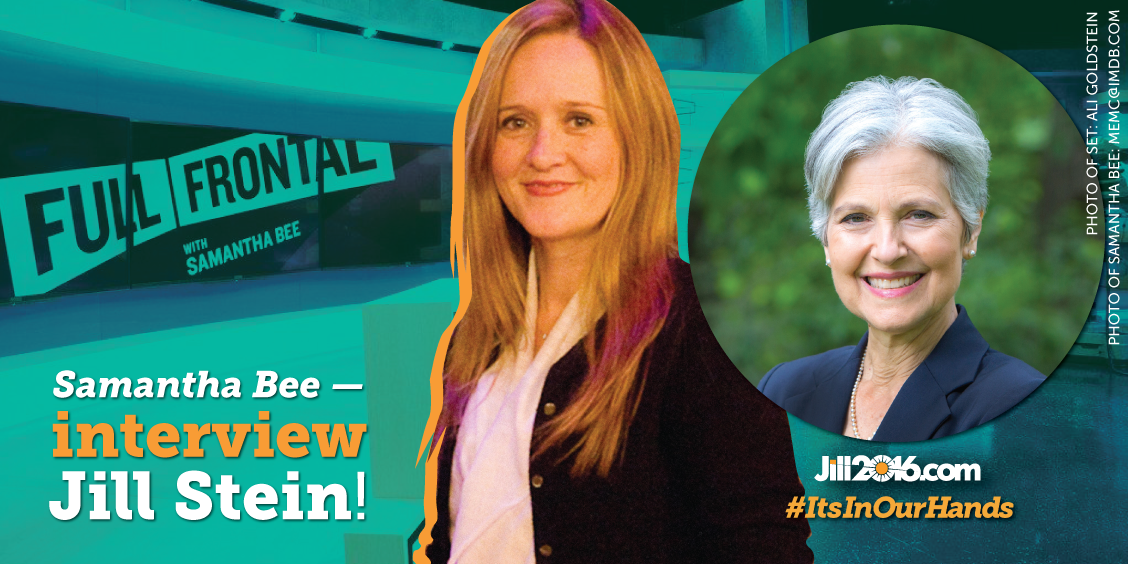 Samantha Bee: millions of Americans have enjoyed your unique perspective on our often-ridiculous political system, as a correspondent on the Daily Show and now as host of Full Frontal with Samantha Bee.

But we were not satisfied to have just two shows making fun of US politicians. Now we have the Daily Show, Full Frontal, Last Week Tonight, The Nightly Show, Redacted Tonight, and more.

In much the same way, Americans are not satisfied with just two political parties. In fact, 60% of Americans say that we need a new major party. But the Libertarians can't meet that demand alone.

As you said yourself, roughly every other thing the Libertarians say makes sense. Let Jill Stein and the Greens show you a party that's just as fun, but that won't try to model our entire national economy on Uber.