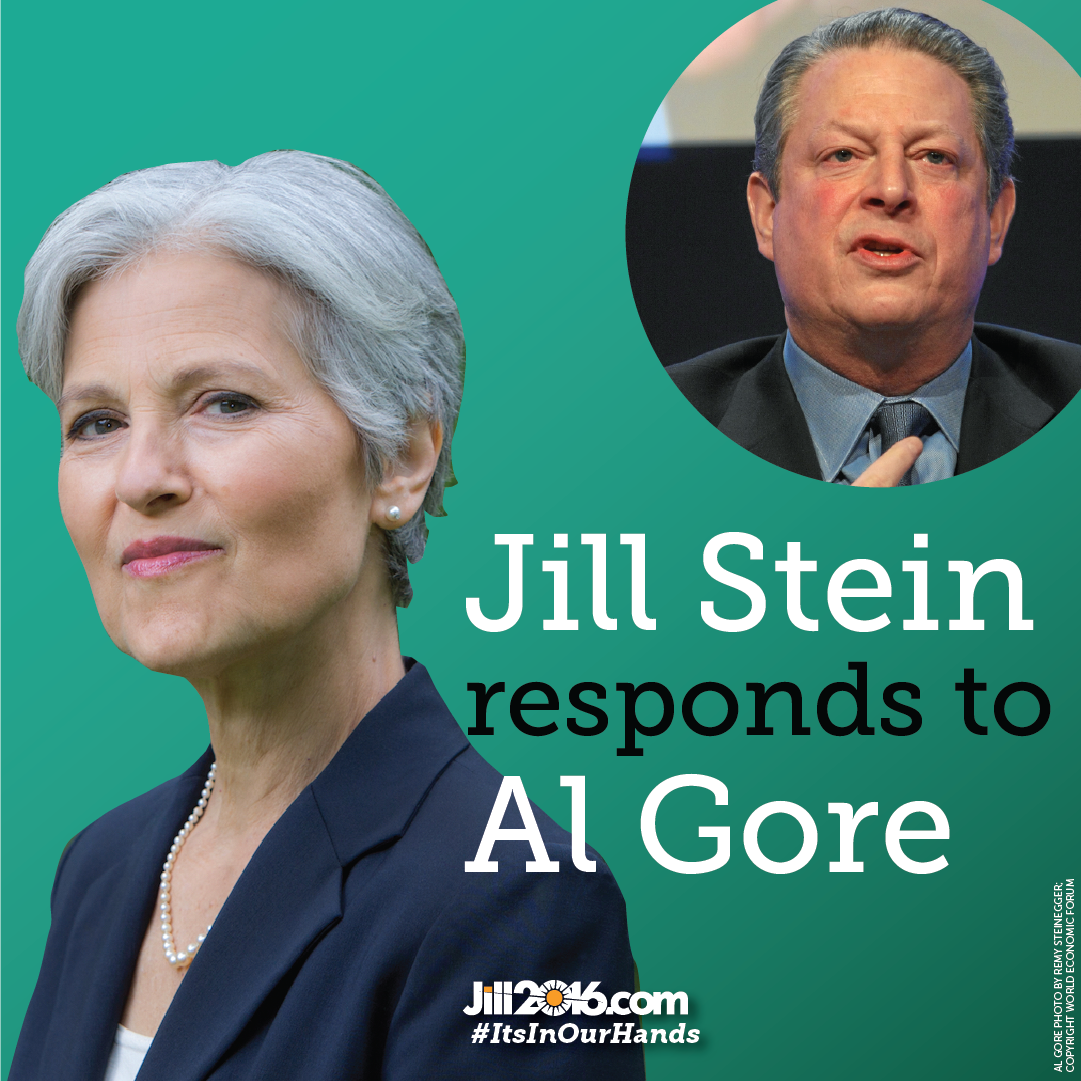 "I sincerely appreciate Al Gore's efforts to raise awareness about climate change, but while Gore and Democrats talk the talk on environmental issues, they don't walk the walk," stated Stein. "Friends of the Earth founder David Brower said that the first 4 years of the Clinton/Gore administration were more environmentally destructive than the preceding 12 years of Reagan and Bush. The Clinton-Gore administration rewarded its corporate campaign contributors with special deals, like allowing sugar cane growers to accelerate destruction of the Everglades and allowing unrestricted logging in many national forests. Particularly devastating was their passage of the NAFTA trade deal, which empowered multinational corporations to challenge environmental legislation in international tribunals dominated by large corporate interests."

"Gore's call to vote against the candidates with the strongest environmental agenda raises questions about whether he is seriously committed to the kind of emergency mobilization that we need to prevent climate meltdown, which my Green New Deal plan calls for."

"What Gore calls 'spoiling' we call participation. Voting for what you want should never be a 'problem.' So we challenge Al Gore-- and Democratic Party leadership-- to join us in support of ranked choice voting, which will instantly eliminate vote-splitting concerns. Ranked choice voting empowers voters to vote their values rather than their fears. It lets you rank your choices, and if your first choice loses, your vote is automatically assigned to your second choice. This improved voting system is used in cities around the US and is now on the statewide ballot in Maine."

"The regretful tone of Al Gore's support for Hillary Clinton suggests that he understands how the two-party system has failed Americans who care about leaving a livable world for our children and future generations. I ask Gore to publicly declare support for ranked choice voting and ask his fellow Democrats to do the same, so that America can finally have a truly democratic electoral system where voters who care about our planet's future won't be intimidated into voting against a climate future we can survive in."