The Recount of the Presidential Election in Wisconsin following the November 2016 General Election exposed glaring problems with the way the state certifies elections and conducts recounts. Staff and volunteers for Green Party Presidential Candidate Jill Stein’s Recount 2016 team in Wisconsin have pored over county minutes and observer reports and have released an executive summary of their findings.


Jill Stein, 2016 Green Party Presidential candidate, made the following statement after Tom Perez won the election for chair of the Democratic National Committee:

“The election of establishment insider Tom Perez as DNC chair confirms yet again what so many have been thinking: the Democratic Party is unwilling and unable to reform itself.

After the blatant corruption of the 2016 election where the DNC sabotaged the Bernie Sanders campaign to clear the way for Hillary Clinton, for party elites to select a Clinton-linked insider demonstrates an arrogant refusal to even acknowledge the problems that have sent the party’s base streaming towards the exits.

Finally! The epic court battle we've been waiting for.

When we decided to initiate a recount, together with over 10,000 volunteers and 161,000 donors, we knew it wouldn’t be easy.

But we had little idea how hard the political establishment would fight against transparent, accountable elections.

In Michigan, Trump’s GOP cronies stopped the recount despite - or maybe because of - revelations about major problems with the vote count, particularly in under-resourced black and brown communities.

In Wisconsin, although the law was on our side, many low-income communities of color most vulnerable to tampering never got the hand recount needed to verify the vote.

But the worst mess was in Pennsylvania, where over 80% of voters use touch-screen machines with no tangible paper backup. These paperless voting machines are so vulnerable to hacking and so difficult to verify that they have been banned in most states. 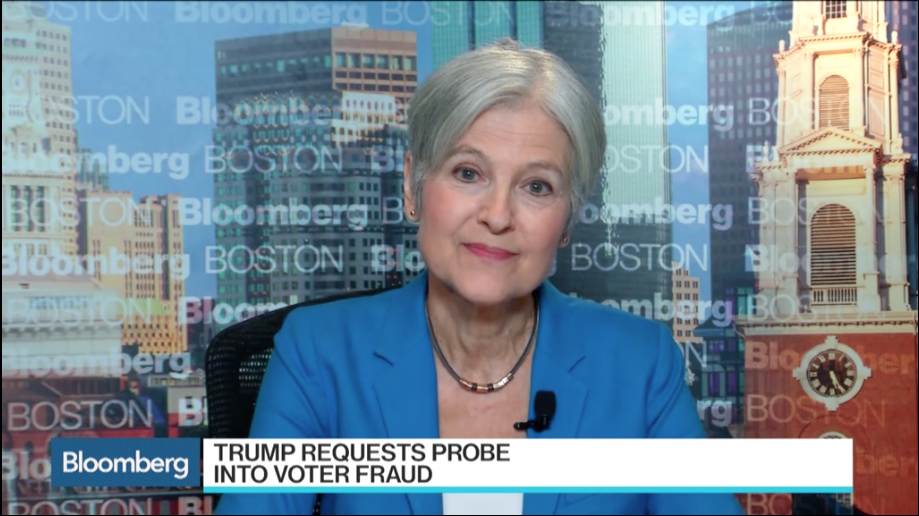 WASHINGTON, D.C.—Former Green Party presidential candidates Jill Stein and Ralph Nader told a Native American political activist at the Progressive Unity Summit yesterday afternoon that the fight to block the Dakota Access Pipeline from running upriver of the Standing Rock Sioux reservation  is “the issue of our time”—and will require collaboration from everyone.

The $3.7 billion, 1,172-mile pipeline would connect the Bakken and Three Forks production areas in North Dakota and Pakota, Illinois, and pass just north of the Standing Rock Sioux Reservation in North Dakota, crossing under the Missouri River—the reservation’s only source of water. In response to a question from an American Indian activist in the audience, Nader noted that he visited the Sioux reservation and many of the reservations in 1955—and that Standing Rock activist Winona LaDuke was his running mate in 2000 and had her speak on the radio about the issue a few weeks ago.

On Saturday, 2016 presidential candidate Jill Stein spoke with law professor Tim Canova at the Green Party’s Inaugurate the Resistance event at the Hamilton Crowne Plaza in Washington, D.C. They considered whether the Democratic Party is reformable and debated the importance of its progressive wing. Their discussion also covered the future of the two dominant parties and the importance of grass-roots movements.

At that same event, Chase Iron Eyes, an American Indian activist and member of the Standing Rock Sioux Tribe, explored the importance of nonviolent resistance, the assault on Native American culture and women, and the situation on the ground in North Dakota concerning the Dakota Access pipeline.

WASHINGTON, D.C.—Green Party presidential candidate Jill Stein told a crowd of supporters last night that President Donald Trump’s inauguration on Friday represented a “scary” moment in the country’s history—but said she was glad that the “veil has come off” and people are starting to turn against the“predatory bipartisan political system.”

Stein made the remarks at Occupy Inauguration‘s “Inaugurate the Resistance” event at Almas Temple. Just hours before, 500,000 people turned up in the nation’s capital for the Women’s March on Washington to protest the Republican agenda on healthcare, immigrant and the rights of racial and sexual minorities.

On January 20, 2017, the 45th President of the United States of America will be sworn in. For the first time in history, the president will take office with no prior political or military experience.

In a few months time from now, the British Prime Minister will trigger Article 50 of the Lisbon Treaty, formally starting the UK’s exit from the European Union. Although both these incidents have tinges of a dystopian/end of days novel, they also mark the beginning of a new era in Western politics. 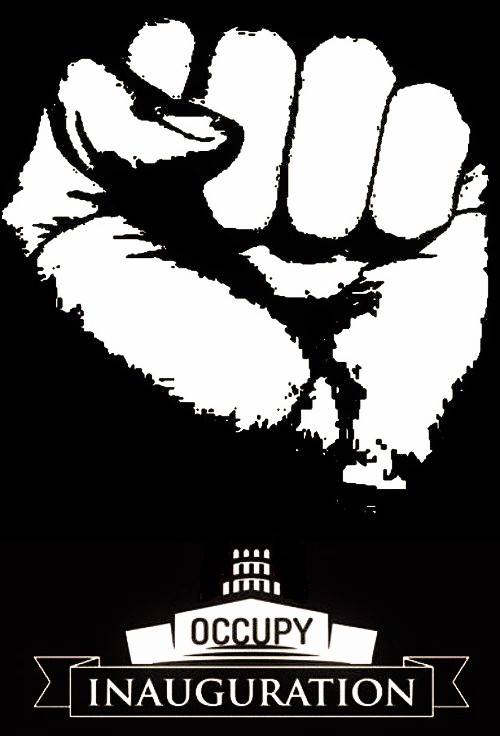 The 2016 Presidential election has left our nation reeling.

Donald Trump’s shock victory is the result of the massive failure of the corporate two-party system, which imposed a whiteout on progressive and independent campaigns while producing the most disliked and untrusted major-party candidates in history.


This toxic election has delivered a uniquely toxic result: right wing extremists, bigots and blowhards will take control of government starting in January, casting a distressing shadow over our future.

As the two-party system hits rock bottom, momentous grassroots struggles are being waged outside the political establishment: at Standing Rock, in the Black Lives Matter movement, the Fight for 15,and more. In these emerging political spaces, we can make this breaking point for the establishment a tipping point towards a new politics for people, planet, and peace over profit.

Greens are uniquely positioned to help lead the way.

From Dreamers and student debtors to pipeline resisters, people are building their voices and power in the streets. Our campaign was honored to stand with these movements on the frontlines.
Read more

Letter to Department of Justice

We are counsel to Jill Stein and the Stein Campaign in connection with the recounts she sought in Michigan, Pennsylvania, and Wisconsin. We write to urge the Department of Justice to launch an investigation into the integrity of our nation’s election system generally, and our nation’s voting machines specifically, based on the information we discovered in the course of this representation. The attempted recount process has uncovered that voting machines relied on in these states and across the country are prone to human and machine error, especially in under-resourced black and brown communities, and vulnerable to tampering and hacking. The recount also found that the states’ efforts to protect their systems may be insufficient, particularly in low-income communities and communities of color. Each of these grave concerns warrants federal intervention.