Get Jill on The Daily Show! 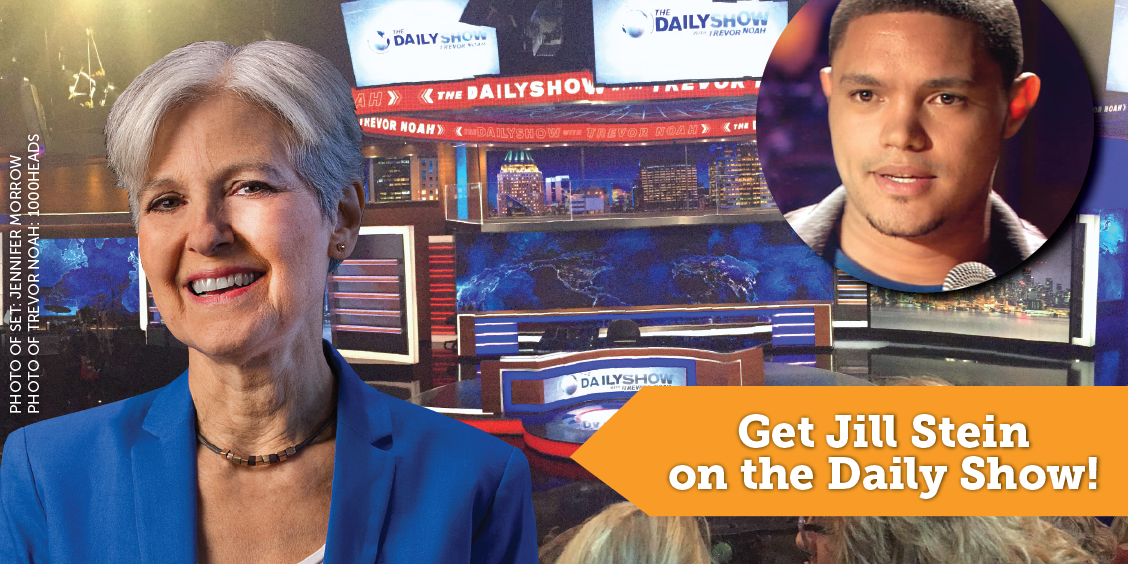 Did you notice last week that Trevor Noah of “The Daily Show” repeated the same smears that have dogged Jill Stein’s campaign for the past few months… even after they had been debunked by major news outlets?

We think that’s unfair. You probably feel the same way, too.

Sign the petition to get Jill Stein onto “The Daily Show"!

To Trevor Noah and “The Daily Show”:

We, the undersigned, ask that you invite Green Party Presidential candidate Jill Stein onto “The Daily Show” as a guest.

Your viewers are among the most independent of American voters. Inquisitive enough to whip out their phones to look up facts, your young fans can sniff out a crook or a warmonger when they see one. That’s why the Washington Post recently reported that to Millennials, the idea of choosing between Hillary Clinton and Donald Trump “feels like a joke.”

Over the years, “The Daily Show” has earned a reputation for smart analysis using satire. Many of your show’s young, independent viewers would love to hear from a presidential candidate who is a real political outsider. And what better way to give your ratings a little boost?

Please invite Jill Stein to be a guest on “The Daily Show” before September 15, 2016!