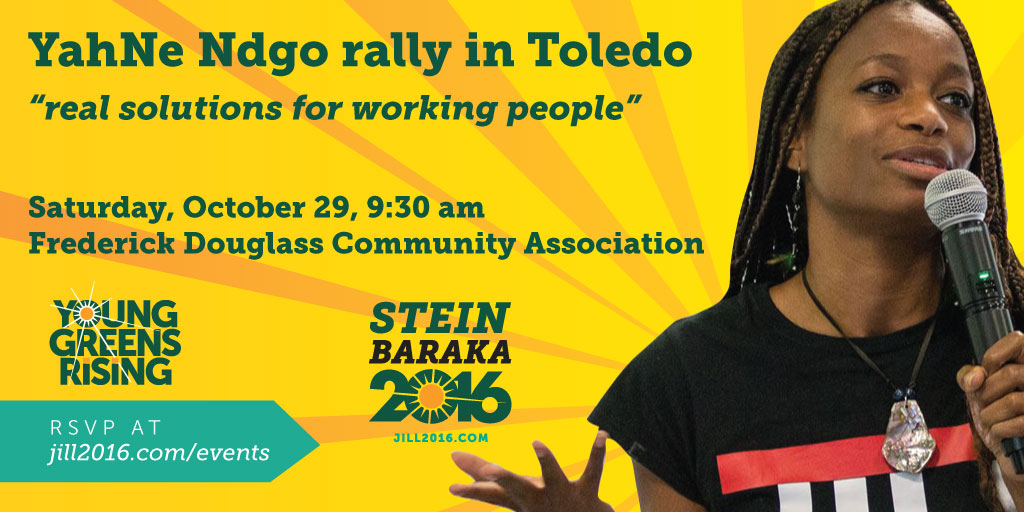 Come out and support Jill and US Senate Candidate Joe DeMare as we push for a strong finish to this election season and for a Green future.