The Recount started smoothly this morning. The Clerk-designee, name is Joan, I believe got 8 Wards out and had many Tabulators working. She also got out some Ward ballots that had been counted then sealed back into their original bags the previous night for scanning today.
I had heard that some scanners had been overheating in the previous days and Tabulators were hoping that did not happen today.
Then something went awry with the ballot counts in the City of Burlington Wards 1 through 4 and 5 through 8.
These were two separate sets (polling places?) of ballots. The total number of ballots counted at the tables exceeded the previously Certified Vote totals by
about 90. That is, approximately ninety or more ballots were recounted than the poll books for both sets of Wards had entries. Eventually some Supplemental poll books were brought into the room, reviewed by Tabulators, and the numbers of voters listed in them were added to the original totals which were posted in the room for comparison to recount totals.
I went for a break at 2:30 and when I returned at 4, the City of Burlington Wards 1-4 and 5-8 ballot counts had supposedly been reconciled with the poll books and Supplemental poll books. The ballots were re-sealed in their original bags and put away for scanning on Tuesday the 6th.

The Clerk-designer was quite upset about the disparity in the totals and all recount momentum was lost. The mood in the room was so(m)ber and tense.
A Stein Observer had arrived at 3 PMish with other volunteers and was trying to observe the scanning process and clicker-counting the votes for Clinton and Trump while ballots were being fed into the Scanners. The Clerk-designee and the Tabulators felt this was disruptive to the recount operation due to the proximity of the people and the close quarters of the area. A contributing friction point was the occasional misdeed of a ballot, remedied by the Tabulator by turning the ballots face down so the scanner might better take it in. Of course, this would affect the clicker totals.
The stated purpose of the clicker count was to compare the votes on the ballots being scanned with the totals for Clinton and Trump and the Undervotes recorded on the final tape.
The Stein Observer entered a Challenge to the tape counts and Undervote totals saying that many of the Undervotes were actually valid votes for one of the Presidential candidates. The Observer asked for a hand count of that particular Ward (I don't know the #). The Trump Observer countered saying that a judicial ruling prevented hand counting. The Board of Canvass called a vote and the vote was 3-0 against a hand count.
The Clerk-designee was quite upset at this point in time with various frustrations and told the Challenge Observer that she was being disruptive and would be asked to leave and would be refused further Observer priveledge if she continued to harass and disrupt the recount.
Recount work then continued until about 6PM.
I am attaching photos of recount totals for City of Racine Wards 13, 23, 24, and 25. 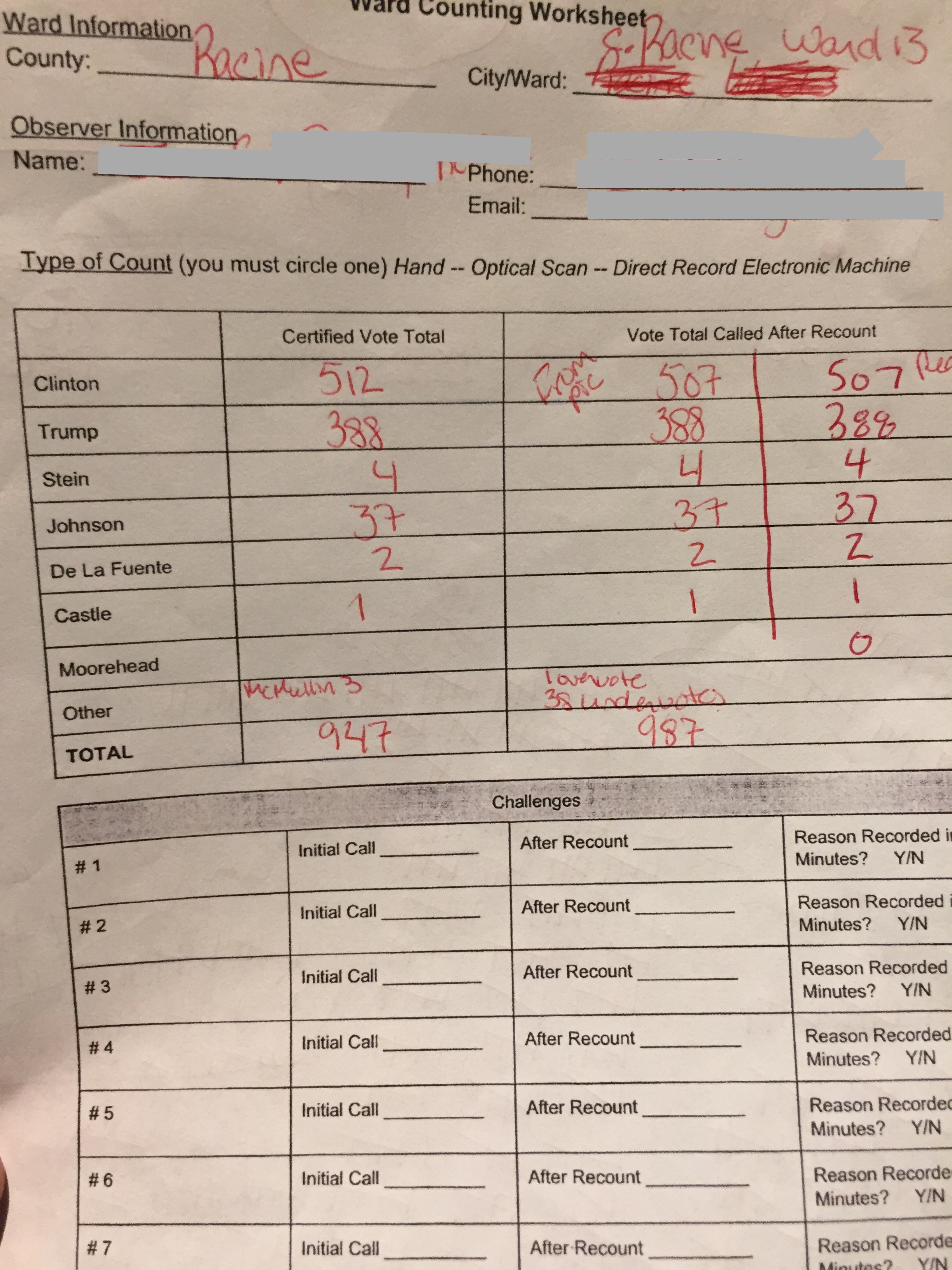 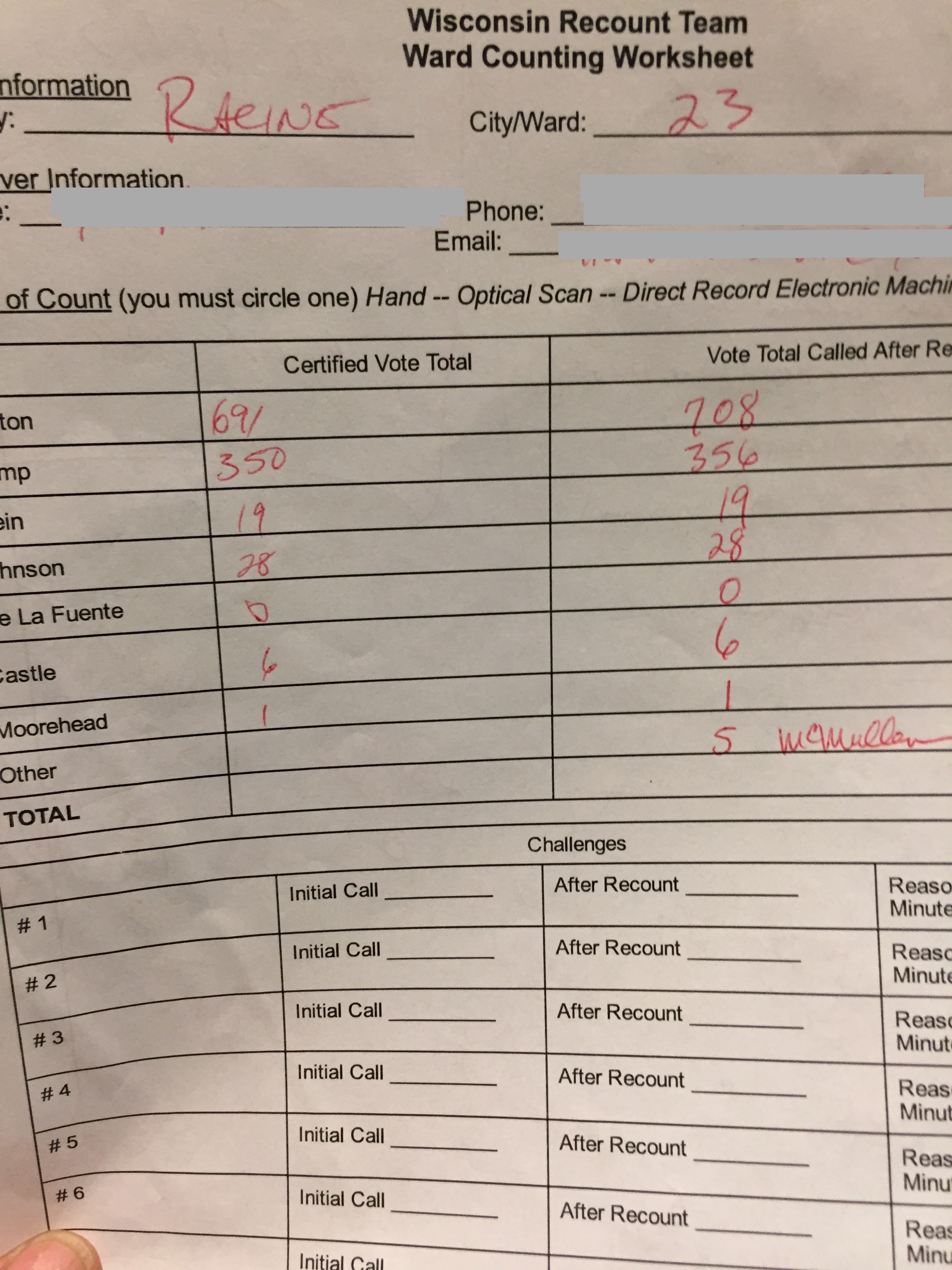 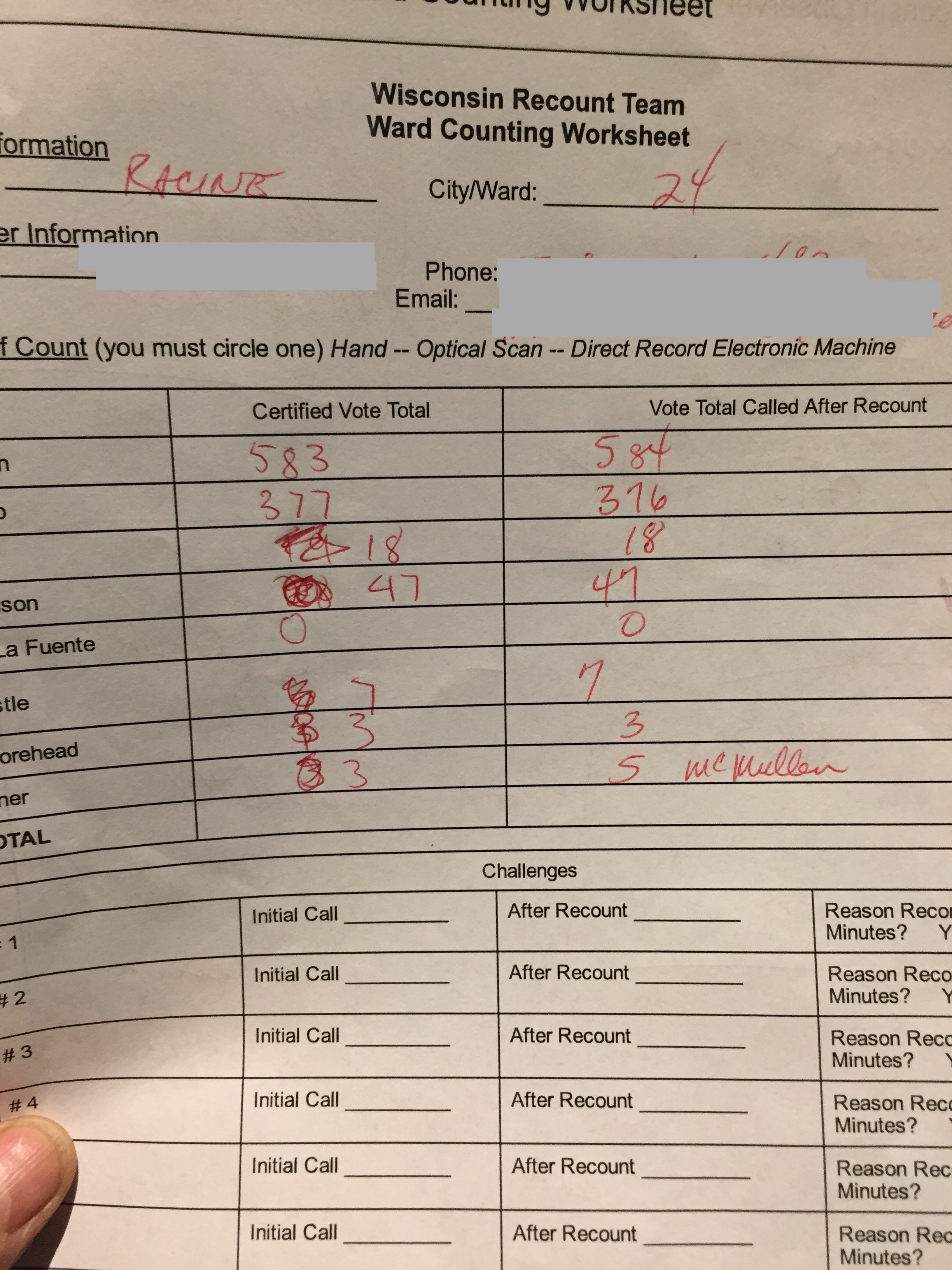 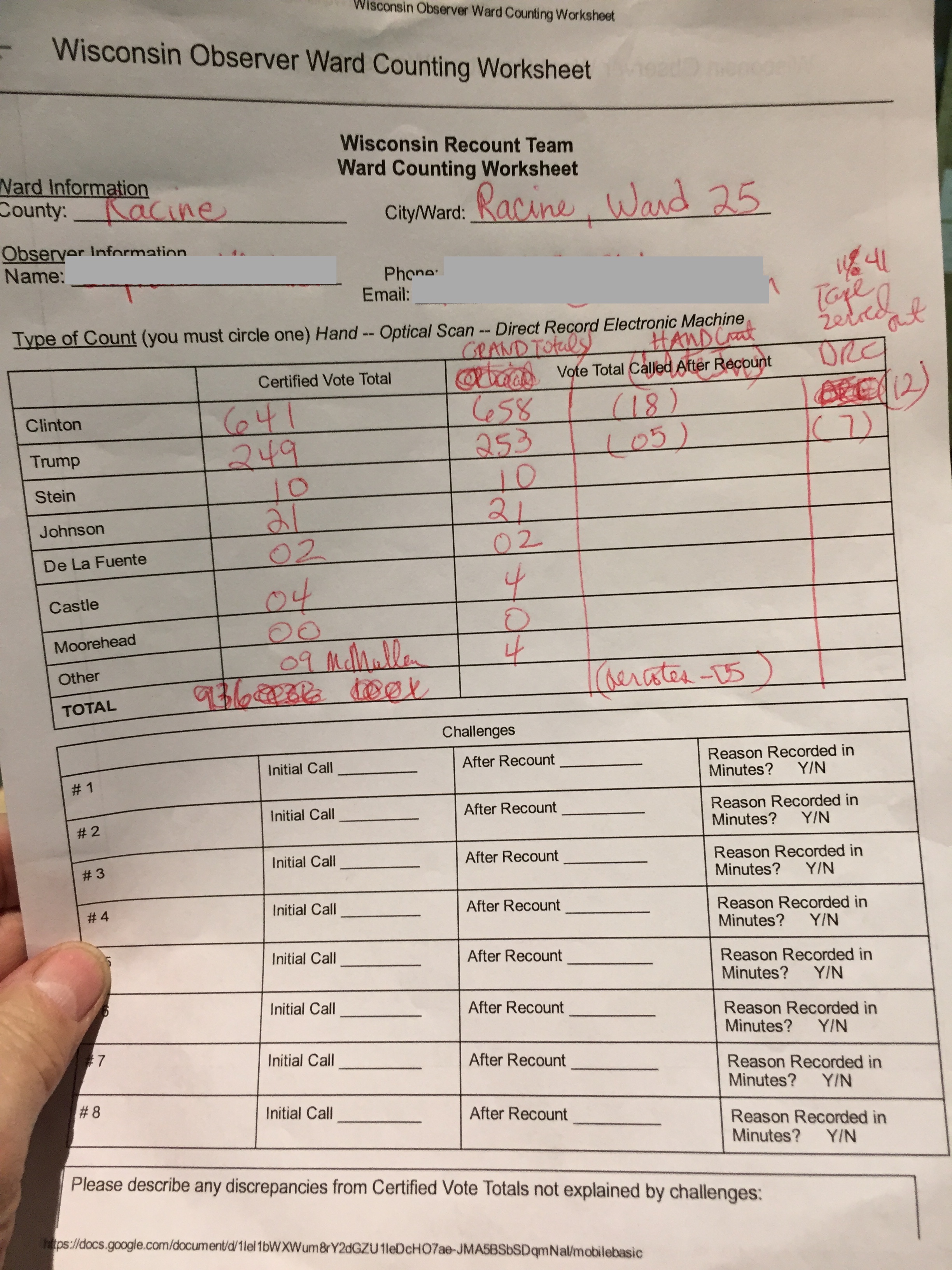