Jill here - I am writing to share my thoughts with you as we grieve together the morning after Donald Trump’s election. 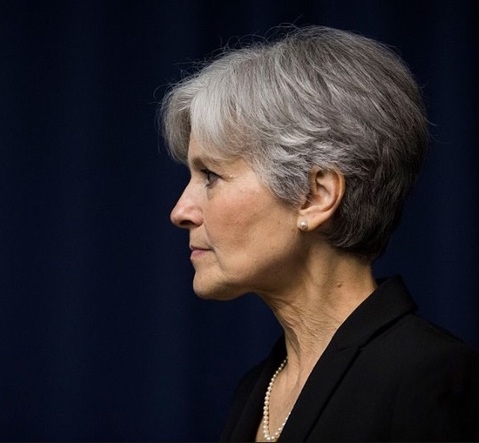 We call on all Americans to stand together with oppressed communities and demand that Trump respect the human rights and dignity of all people in our society and our world.

We must stand with people of color, with immigrants and indigenous people ... with Muslims and Jews ... with LGBTQ people, women, and all whose rights are threatened.

Solidarity must be our guiding principle.

This bitter election has left the overwhelming majority of Americans feeling disgusted. Polls show a large majority of voters were motivated by fear of the other candidate, not support for their candidate. This is another symptom of a democracy on life-support.

Many are rightly outraged about the DNC’s sabotage of Bernie Sanders, who by all indications would have trounced Donald Trump.

We must also recognize the leading role played by corporate media in turning this election into a toxic reality show.

The media elevated Trump at the bidding of the Democratic National Committee and to boost their own advertising profits. They also marginalized Bernie Sanders, and massively silenced our campaign and Gary Johnson’s in a year when Americans were screaming for more choices. And they legitimized corporate-controlled debates that locked out political competition.

One study found that our campaign received 3 seconds of coverage on corporate media for every 1,700 minutes for Trump and every 1,000+ minutes for Clinton.

We urgently need to support independent media whose only agenda is informing the public of the truth.

In spite of all the barriers to our participation, we earned over one million votes for peaceful revolution, more than doubling our vote count from 2012.

The anti-establishment revolt we’re witnessing is driven by very real suffering in our country - high real unemployment, falling real wages, lack of affordable healthcare and education are devastating our communities. While both establishment parties have pushed corporate trade deals, wars for oil and Wall Street bailouts to enrich the elite.

The anger at economic inequality is easily manipulated to divide the people against each other.

We must revive American democracy, if we are to stop our descent into authoritarianism.

One of the most hopeful developments is that Maine has become the first state to pass ranked choice voting, which also won in Benton County, OR. Ranked choice voting could end fear-driven voting and reverse the race to the bottom that our elections have become. 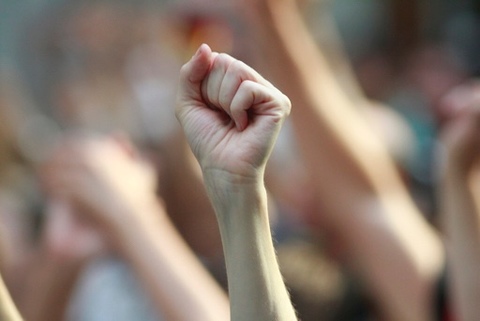 Greens also worked hard to pass statewide initiatives calling for a constitutional amendment to abolish corporate constitutional rights and the concept that money equals speech in Washington and California.

We must build coalitions for democracy reforms including the replacement of the electoral college with a national popular vote, ending corporate constitutional rights, public election financing, and free public airtime for candidates to counter the corporate media’s failure to inform the public.

The Green Party also continued its long record of electing grassroots candidates to local office, with Greens winning 10 elections in California, 5 in Michigan and 3 in Minnesota.

I congratulate all our local candidates and volunteers - you are the heart and soul of our party.

It’s clearer than ever that America desperately needs a principled alternative to the predatory political establishment.

I hope you will continue as an invaluable member of our team, working with myself, Ajamu and all of our campaign - as we continue the work of building a party for people, planet and peace over profit.

We must work as if our lives depend on it. Because they do.

This campaign is not ending. To start with, we will be supporting actions against the Trans-Pacific Partnership, as part of a series of protests in Washington DC from Nov 12 - 17. We will be building Occupy Inauguration protests in January. Throughout the coming year we will be organizing campaign schools and trainings for new candidates.

So stay tuned. Take care of yourself and your loved ones. Don’t mourn - organize.

And keep fighting for the greater good.