While claims that the election is "rigged" and talk of large-scale voter fraud may be overblown, voters far too often face problems when going to vote. Our friends at the Liberty Tree Foundation have put together an excellent organizing guide: Standing Against Voter Intimidation.

No Stolen Elections are encouraging people to organize Voter Assemblies to provide a space where people can come together post-election to discuss any incidences of voter suppression and election fraud.

These kinds of gatherings were an essential part of the Green Party demand for a recount of the 2004 Presidential vote in Ohio, allowing people to sidestep the mainstream media's blackout on election integrity issues. Please read the Voter Assembly Organizing Guide and Register Your Voter Assembly today.

Have you experienced a problem when voting? We want to know about it!

(Click on the button below to fill out our form. Please be as specific as possible.)

For immediate assistance please call one of the numbers below:Call 866-OUR-VOTE for assistance led by Lawyers' Committee for Civil Rights Under Law. Persons with disabilities who have voting issues will be transferred to the corresponding National Disability Rights Network-affiliated Protection & Advocacy organization in their respective state.

Ballot Box Selfies: Please read to see if legal in your state! 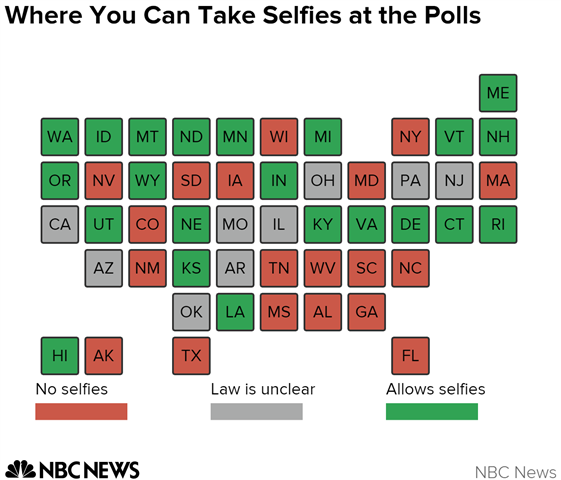 Voter intimidation involves putting undue pressure on or trying to coerce a person or group to suppress votes or to vote a certain way. There is an ugly history of voter intimidation targeting low-income and minority voters.  More recently, deceptive election practices have become more widespread, taking the place of historical state-sanctioned discrimination in voting like  literacy tests and poll taxes. These practices include the dissemination of false election information sent out through flyers, robocalls, the internet, and through social media, and low-income and minority voters remain frequent targets.  Some of the more notorious examples of voter intimidation include:

Voters concerned that they are being targeted by deceptive election practices, in addition to alerting local authorities, should immediately contact 1-866-OUR-VOTE, because it is very unlikely they are the only ones and these practices must be stopped.

Generally, voter challengers can question the eligibility of a voter on Election Day before a voter completes and casts a ballot. Depending on state law, these challengers might be appointed by political parties or other organizations. Voter challenges are often fraught with discriminatory practices and can intimidate qualified voters from voting. Also, the problem voter challenger systems supposedly address – voter fraud – is mostly illusory.Challengers also cause Election Day confusion by creating delays and uncertainty, and can easily intimidate voters, particularly because mass challenges might be based solely upon the race of voters. An Ohio Republican Party plan in 2004, for example, would have involved challengers confronting 97% of new African-American voters in one location while only 14% of new voters in a majority white precinct would face a challenger.